With lots of schools back in session, so begins the annual “Picture Day” ritual. That said, who would think that their child’s turn in front of the camera would wind up as a viral picture day school photo? But this wasn’t just some kind of bad hair day or uber-cheesy smile isn’t anything compared to what mom Laurel Hutsell saw when she looked at her son’s pics.

When Hutsell’s son got dressed for his middle school photo, she didn’t really think much of the bright green shirt he was wearing. But when her 12-year-old, Carter, returned from his school day, she quickly realized it probably wasn’t the best choice.

Instead of a shade-like pull-down backdrop, Carter’s school picture photographer used a green screen. Hutsell posted the post-picture conversation she had with her son on Facebook, writing, “My son—”Mom, I shouldn’t have worn the green shirt for pictures. It will blend in with the green screen they use.” Me: “They used a green screen? What?! I probably should have read some of the fine print. Maybe they will be ok.” Nope…”

The green shirt did indeed blend in with the green screen, making Carter’s photo look like a floating head superimposed on a waving American flag and so many more hilarious backgrounds. These are some seriously standout school pictures that we’re pretty sure this family—and the rest of the world—won’t soon forget! 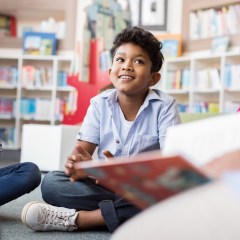 25 Banned Books to Read with Your Kids Tonight