Was Jesus Your Lord Yesterday? 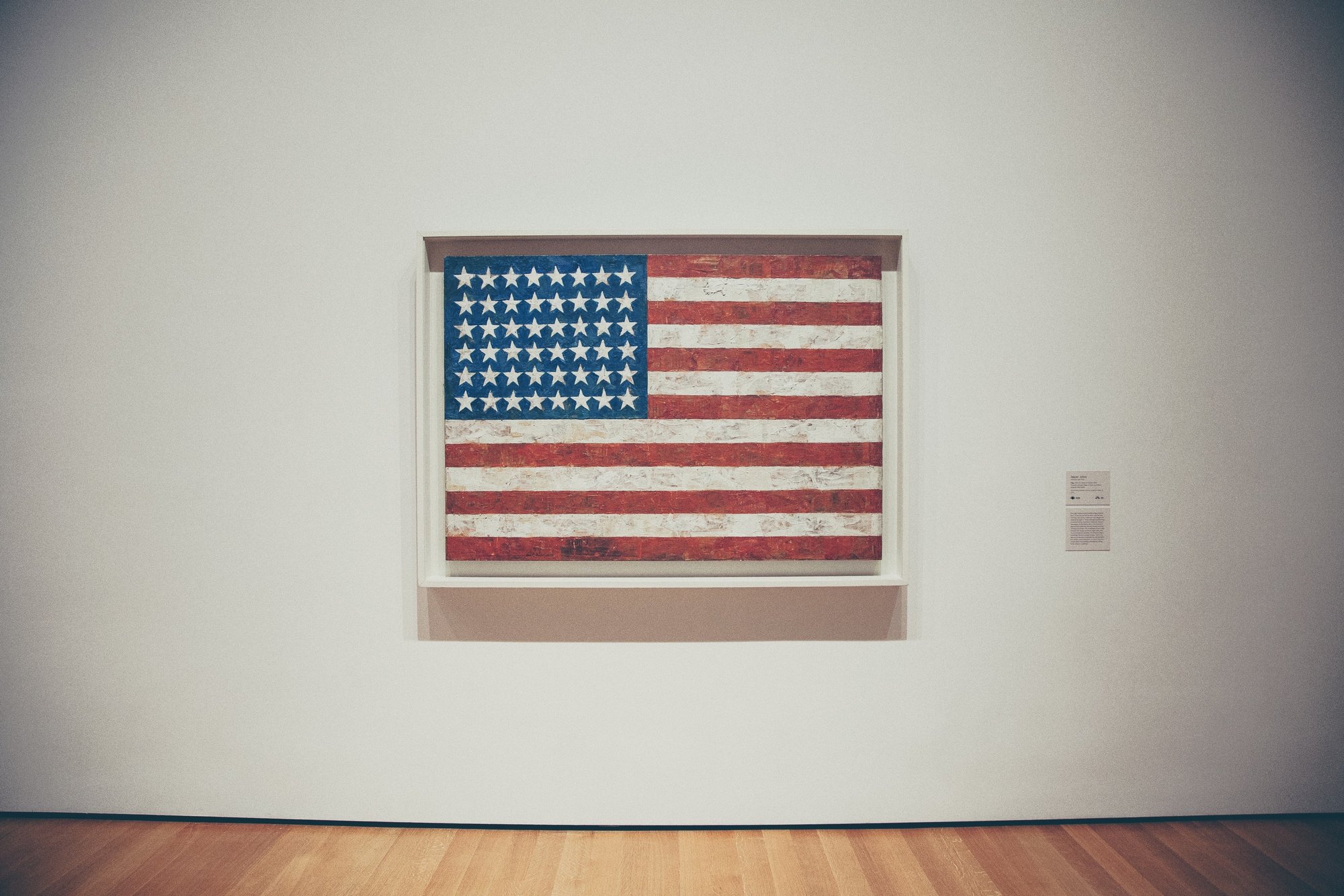 Today started like any other Tuesday. The kids woke up at an ungodly hour and scurried downstairs to pour themselves some cereal. From my bedroom, I could hear them talking. Apparently our kitchen table is the place where all relationship problems must be hashed out. I couldn’t hear what the kids were saying, but judging by their strident, impassioned tones, I knew the situation was escalating.

I wobbled out of bed and headed for the stairs. By the time I reached the landing, it sounded like a riot had broken out in my kitchen.

“CY, I KEEP ASKING YOU NOT TO MAKE THAT FACE AT ME AND YOU KEEP MAKING IT JUST TO BOTHER ME,” my 7-year-old wailed.

“This is just the way my face is, FABLE!” The four-year-old retorted.

“CY, YOUR FACE IS BEING SO MEAN!” The two-year-old chimed in.

“That is ENOUGH!” I said. “Is this kind of behavior acceptable when I’m in the room?” I asked my eldest. She looked sheepish and frustrated. My heart softened. I had been in her position before. “If this kind of thing isn’t okay when I’m around, why do you think it’s okay just because I’m out of the room?”

After a round of time outs and apologies, we went back to eating breakfast as usual.

And this brings me to the presidential election.

I’d like to gently suggest that we have all behaved as though Jesus had stepped out of the room. There’s been enough mudslinging to keep the FOWF rolling in the muck for the next decade. (That’s the Female Oil Wrestling Federation, for those of you who aren’t in the know.)

And here’s the interesting thing. As I scroll through Facebook posts, one thing I’ve noticed is the proliferation of posts to this tune: 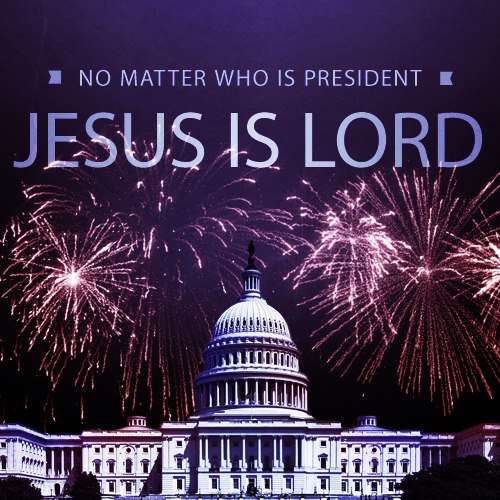 There’s a problem, friends. Don’t get me wrong. I love Jesus. He IS the King. And I love me some fireworks! I’m here for it.

But I’ve seen and heard a lot of nasty, appalling things regarding this election. I’ve read posts predicting the apocalypse if so-and-so should be elected. I’ve read about how Donald Trump is the antichrist, and about how “Killary” is going to be the end of us. But now, on the eve of the election, we’re ready to be *magnanimous.*

It’s as though we’ve remembered that Jesus is coming back. It’s like He’s on the stairwell, and we’ve realized we need to get our act in order before He sees the mess we’ve made.

And it seems like too little, too late. I’d argue that it’s more important to live like Jesus is Lord prior to the election than it is to espouse it on November 9.

Just today, a distant cousin of mine posted this on Facebook:

“People who vote for Hillary are doomed to hell.”

Friends, we are called to be salt and light in this dark place. We are to be the preservatives, the light-shedders, the clarifies. But this whole ordeal hasn’t felt very “salt and light.” Instead, it has felt more like the scene in my kitchen this morning: Pedantic, self-righteous children hurling insults at one another.

And I’m this close to yelling, “ENOUGH!”

But instead of getting angry and upset and pointing yet another finger, let me ask you this:

Was Jesus your Lord yesterday?

Was Jesus your Lord when you made sweeping statements about other people’s salvation?

Was He your Lord when you slandered former presidents, despite a biblical mandate to honor our civic authorities?

Was Jesus your Lord when you thought unkind thoughts about your neighbor, simply because her political opinions differed from yours?

Was Jesus your Lord when you cut ties with former friends? When you posted hateful memes to Facebook? When you unfriended that coworker over his political stance?

Yes, Jesus is Lord tomorrow morning. Let’s take comfort in the fact that He is sovereign over this process. But let’s not forget that Jesus should always reign. He should reign when we get our way and when we don’t. He should reign every hour of every day.

Our thoughts, words, and deeds should be submitted to Him. And regardless of who you are, where you’re from, what you look like and who you prefer for president, one thing will unite us: our love. When we are fully submitted to Him, we will love our neighbors as ourselves.

Yes, Jesus is Lord. Now and always — not just when we need a consolation prize. 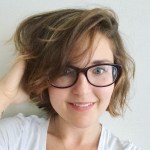 ABOUT THE WRITER Mia Mauss
http://www.miamauss.com