We Broke Down & Finally Got an Elf on Our Shelf 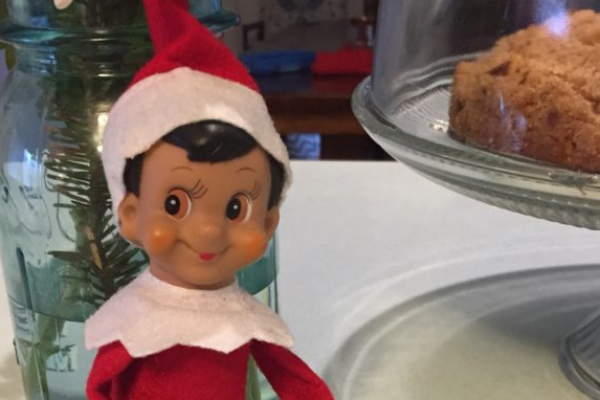 I’d like to preface this article by saying first world problems.

I don’t know why exactly, but I had hoped to avoid having an elf. I first heard about elves when my now 18-year-old niece was in elementary school. Her elf brought gifts, reported her behavior to Santa and moved quietly around the house in the dead of night. Um, creepy.

This was not a thing when I was little. We had boring old Santa who only brought presents once a year. I mean, sure, it was to the entire planet via chimney but still, it was just one day. I don’t know how I managed but somehow I survived with a decent amount of Christmas spirit. In fact, I distinctly remember convincing friends in my fifth grade class who had given up on Santa that he was in fact, the real deal. I mean, would your parents really ever give you that many presents?

I realize that I sound like a scrooge but really, did my kids need more gifts? Was I going to remember to move that silly guy? I turned out okay without an elf so they will too, right?

Two weeks ago we were playing at a friends house. I overheard my oldest son and her son talking about elves. Neither of them had one. My son says, “You have to be special to get an elf.”

I think I stopped breathing. Did he really believe that? I scrambled to find an excuse as to why we don’t have one that didn’t make him question his worthiness. But you should have seen the sad look on his seven-year-old face.

Later that night as my husband and I were talking before bed, I relayed the story to him. He was crushed by the idea that our son didn’t think he was special but still did not believe it necessary to get one. “We just need a good explanation about why we don’t have one,” he said.

I spent the night questioning why I was withholding this magic while simultaneously searching for an explanation that didn’t bring all Christmas magic into question. Was it the stress of remembering to move him around? Yes. Was it the extra presents? Yes. But you know, we probably only have a couple more years (or less) before my children find out the truth, was I ready to let some of this Christmas magic go? No.

This is the kind of thing that will drive a parent crazy.

Turns out that all I needed was a little best friend magic.

Her kids had never been into their elf. She typed up a letter from Santa explaining that he found our elf hiding under the toy table. Popped him in the mail with “The North Pole” as the return address and three days letter he was sitting in our mailbox.

My kids know that elves can be purchased at stores. So, first I explained that the most special elves are gifted (friends idea, not mine. I was paralyzed about what to do!).

When they saw the return address, they almost exploded with excitement.

They ripped open the package and screamed and laughed. They were scared to touch it, in case it lost it’s magic. They already knew all the elf rules. They ran outside to show their dad and then debated on where his first placement should be. They settled on the Christmas tree. Then they proceeded to toss around names. “Frankie,” “Sugar Plum” and “Chocolate Head” were all in the running. He almost ended up as “Frankie Chocolate Plum.” We settled on “Frances.”

I don’t think our elf is going to bring presents and he probably isn’t going to do any elaborate acts during the night…or maybe he will do all these things.

I forgot to move him the first night. I had to tell them that he was likely hungry after his long journey so we better leave some food out. I then set an alarm on my phone to go off every night at 9pm.

My kids are thrilled. I was so happy when I saw their reaction that I almost burst into loud, ugly tears. But I knew that my husband would make fun of me so I held back and remained “teary eyed” instead.

The moral of the story: don’t hold back on any magic. Get over yourself and go all in. Always. 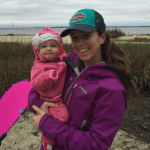 ABOUT THE WRITER Lauren Corbett
Embracing the Essentials

I'm a mom of 4 who is always looking for ways to enjoy my family more. My blog, Embracing the Essentials is about cutting through the crazy of everyday life and getting to the heart of what's really important. Join me for community, laughs and inspiration!
MORE FROM Lauren:
In Case You Ever doubt, The Season as the Mother of 4 Littles, Littles and Bigs
Red Tricycle > Holiday Happenings > Christmas > Christmas Activities > We Broke Down & Finally Got an Elf on Our Shelf