We Don’t Have to Cut Our Son’s Hair—& You Can’t Make Us, Either 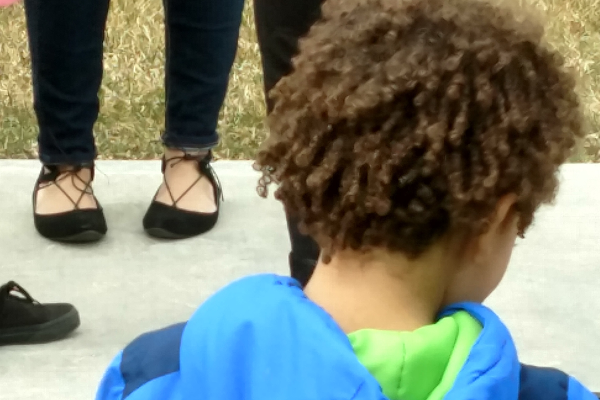 “That’s it! We’re cutting it off!” I announced to my thoroughly exasperated husband after the most recent bout of screaming, tears, and thrown hairbrushes. (The thrown hairbrushes were on the part of my two-year-old, but it’s possible some of the tears were Mommy’s.)

My husband was then attempting to run a hairbrush through our two-year-old son’s tangled mass of curls. Our biracial son (I am white and his father is African-American) had been born with a full head of hair, which has only—of course—grown fuller with each passing moment.

For the first year of Parker’s life, even though it grew in unevenly—some masses poking wildly out in uneven patches, while other curls stayed tight and close—we resisted cutting it because of my husband’s firm belief in an old superstition: that if we cut Parker’s hair before his first birthday, it would grow back much coarser.

But, somehow, Parker’s first birthday came and went and no hair appointment was ever scheduled. More than once, well-meaning friends, relatives, teachers, and acquaintances had posed the question, “When are you going to cut his hair?”

My husband, in his early twenties, suffered the loss of his own hair, so to his way of thinking, any hair at all is beyond wonderful. I, on the other hand, have endured a long history of battles with my own curls, and so I more than empathized with Parker’s tears.

I still remember the day, clear as if it had just happened, and was not some three decades ago, when my own mother made such a fateful pronouncement as the one that had just escaped my own lips. Taking a bristled brush to my then long, brown curls, Mom yanked at the strands, attempting to pull them into a tight set of pigtails. I had asked my mother to do this, yet when she pulled that horrendous brush through my hair, it hurt and I cried.

Determined, as mothers so often are, not to see their children in tears, my well-meaning mom decided the only effective solution to dealing with the perpetual tangles of my curly hair was to cut it all off.

I never forgave her.

That 80s-style mullet of a haircut made me look like a boy, and to this day, I grimace when I see those old pictures. Little kids are supposed to be cute. And I looked so very not cute.

I eventually grew my hair back out, but that didn’t end my curly hair struggles. So began my own decades-long battle with tangles and frizz and the never-ending search for just the right haircut to showcase my natural hair.

So when I found ourselves engaging in our semi-weekly round of hair-brushing (read: tangle-pulling and tears), I finally understood my own mom in the way only other parents ever understand each other. My son was literally crying over the act of getting his hair brushed. Why on earth would I not save him from that pain and frustration and just cut it all off?

It seemed to make all the sense in the world at the time, but somehow we still hesitated, not yet convinced Parker was developmentally ready to actually sit still for that kind of drastic hair cutting (the kind that would involve noisy, buzzing clippers).

So I started to search for other ways to deal with the “problem.” I scoured the internet for blogs about biracial hair care, and that’s when I made a radical discovery: all this time we had been caring for his hair entirely wrong.

As the owner of curly hair myself, I had at least had the good sense not to use an ordinary hairbrush on Parker. The only time my own hair ever sees a “hairbrush” is in the shower, when it’s wet and thoroughly slathered with conditioner.  And I always use a wide-toothed, “wet brush,” one designed for the purpose of combing through wet, curly hair.

For Parker’s hair, even though we only ever used a similar wide-toothed, and not bristled, brush, and we only ever brushed it when it was wet, after his bath, and with a lot of detangler, the care we were giving it was not at all adequate.

Once we discovered the right way to care for Parker’s hair, our hair care routine became a very different experience. Now we only ever co-wash it, only ever use a comb to detangle it (and only when it’s thoroughly saturated with the co-wash), and after we rinse his hair, it gets slathered with even more moisture—no longer the grossly inadequate detangling spray, but a thick, rich leave-in cream.

I’ve always known curls to be thirsty things. But once we began to adequately moisturize Parker’s hair, it became a whole different level of awesome. It’s now touchably soft, rather than dry and brittle, and this amazing riot of tight, frizz-free corkscrews. It’s truly beautiful hair, and I’m so happy for all of us that we finally figured out how to actually care for it.

In fact, when it’s been freshly washed, those curls wind so tight that his hair actually appears significantly shorter. I’ve more than once been asked, “Did you actually get around to cutting it?” even though he has yet to face the scissors.

I won’t lie. Parker’s hair still takes a lot of work. Combing through all of those curls while he plays in the bath is not a quick and easy process. It certainly involves far fewer tears, but he’s still a wiggly, impatient two-year-old who would rather swim and splash than sit still while his parents comb through all those strands. It takes two of us working together—one to distract and/or hold him and one to do the combing—to get the job done.

Yet, at this point, if I did decide to cut off all those curls, I’d have to ask myself who I’d be doing it for. I don’t ever want my son to think I decided to cut his hair just because it was too much trouble to manage. That hair is amazing. Not white hair or black hair, but a mixture of both—a mixture of his parents who created him, by choice, out of their love.

Before my husband and I got married, I unfortunately endured from a relative the expression of “concern” that our marriage would mean biracial children and the corresponding “worry” that those children might find themselves the subject of cruelty and prejudice. Unfortunately, the world is too full of cruelty and prejudice these days. But I’ve never understood other people’s hateful attitudes to be a reason for me not to do something, especially when those actions are born of love. Which is something the world sorely does need more of.

And though he is only two and has yet to engage with questions about identity, the roots of self-esteem start from the beginning, and I especially don’t want my son to feel as though he ever needs to change himself in order to be liked and accepted by others, no matter how many times others might refer to his corkscrew curls as a “mop top.”

And maybe those comments are partly on me for taking so long to discover how to care for his adorable ringlets. But now that we’re caring for them the right way, by feeding those thirsty curls, I have to say, his hair looks so much more like an intentional style and a lot less like crazy.

So, no, I definitely won’t be cutting his hair just to make it easier to “manage.” Any future opinions on “mop tops” can be damned. My son’s hair is awesome sauce, and we curly-haired folk are sticking together on this one.

That’s not to say that I wouldn’t be open to a trim sometime in the future. Healthy hair demands the occasional snip. Or that I wouldn’t allow him to choose just about any hairstyle he desires when he’s old enough to express an opinion about it. But for now, I’m enjoying his hair just exactly as it is—an adorable expression of our son’s personality and his parent’s love. 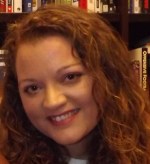 I am a fulltime writer and married mom of a fiercely independent, precocious toddler.  When I'm not busy sharing lessons learned about personal finance or immersing myself in urban fantasy stories, you can find me making beautifully messy memories with my family while downing copious amounts of coffee.
Red Tricycle > Parenting > We Don’t Have to Cut Our Son’s Hair—& You Can’t Make Us, Either