There may be a perfectly logical explanation for why you can’t whistle underwater in Vermont, but the reason may be lost to time. Read on for some more silly or seriously surprising laws that, while widely ignored, are actually still on the books. 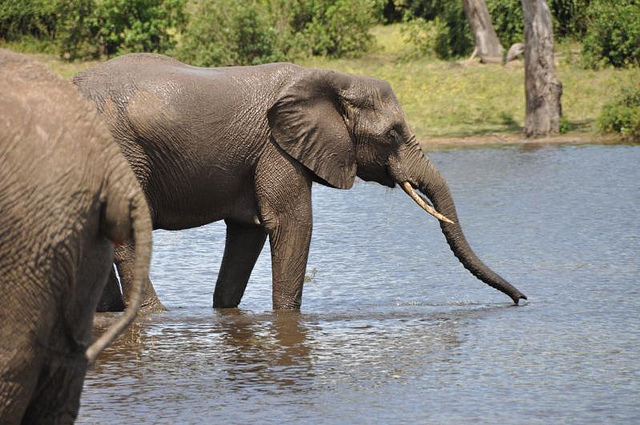 1. During Napoleon’s reign it was against the law to say the name of his favorite flower out loud in public (the violet, or violette).

2. Whaling is illegal in (landlocked) Oklahoma. Same for Nebraska.

3. In Natchez, Mississippi elephants may not drink booze.

5. Throwing eggs at a public speaker in Kentucky will get you a year in jail.

6. You may not buy peanuts after sunset in Alabama.

7. Also in Kentucky, there is a mandate that persons must bathe at least once a year.

8. In Lake Charles, Louisiana it’s against the law to leave a puddle in your yard for more than 12 hours.

9. Whistling underwater in Vermont is illegal.

10. Kentucky again: dying chicks and bunnies is against the law.

Know any silly laws that are still on the books in your hometown? Share them with us in the comments.

Special thanks to author Varla Ventura for help with these silly laws. Read more in The Book of the Bizarre, Weiser Books, 2008.