Welcome to the Jungle, We Have Fun & Games 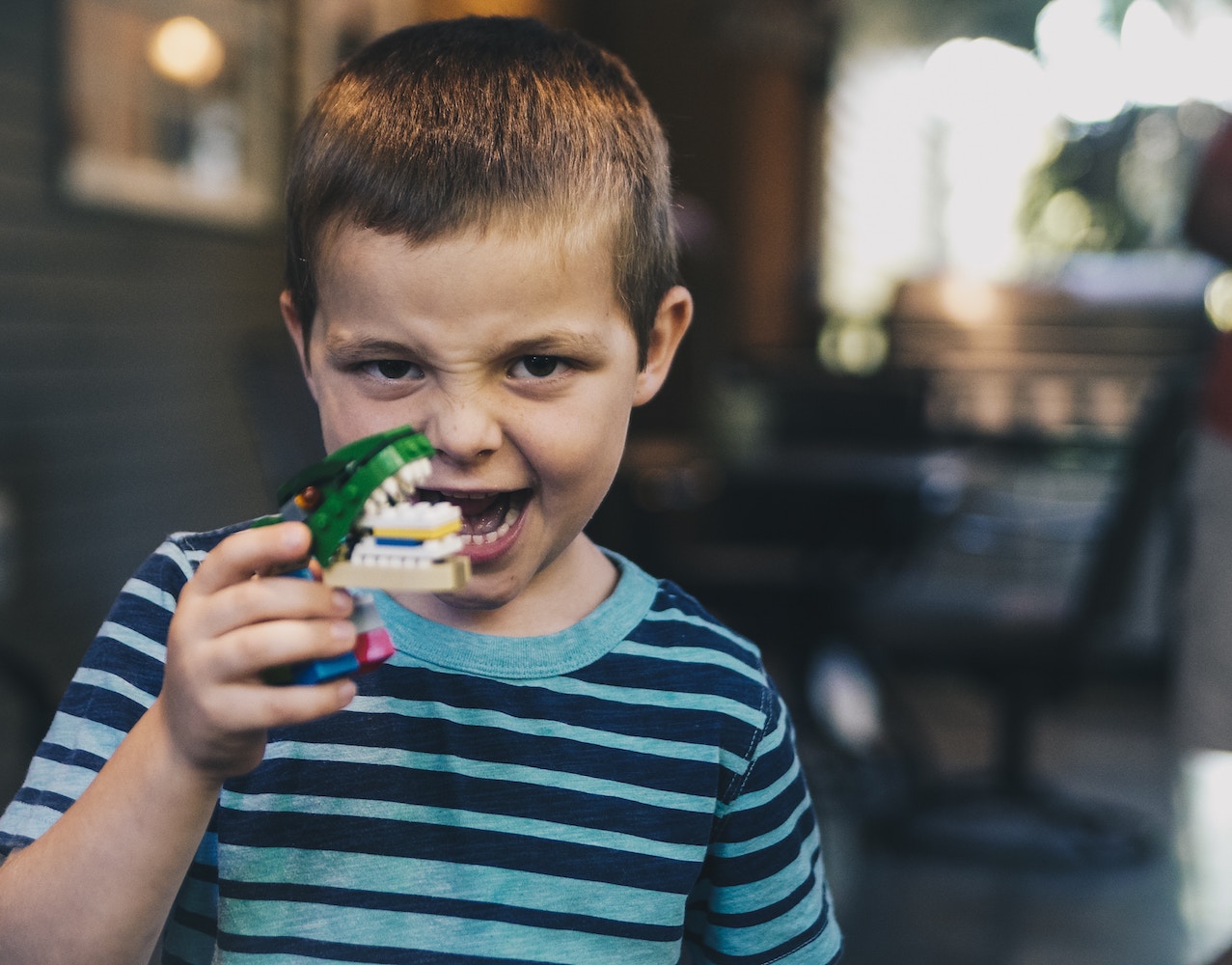 My childhood was spent in a tiny house with my parents, three siblings and one insanely crowded bathroom. On school mornings, I would hear my brother’s alarm clock and bail out of bed because there usually was only enough hot water for one lucky recipient. Unfortunately, his room was closer, so I ended up taking many lukewarm showers as a teen.

Fast forward 20 years and our current home has three bathrooms for our family of four. Three bathrooms! My boys have a bathroom they share only with each other. I would have killed for that as a teenager! They are seriously spoiled.

One evening, while attempting to wrestle my toddler during a toothbrushing fiasco, I glanced down at the ugly countertop (circa 1993) and realized it closely resembled the markings on a cheetah. I had been trying to summon my inner HGTV goddess for a while because the boys’ bathroom definitely needed a reboot. Suddenly, an idea started to take shape.

A few weeks later, their jungle-themed bathroom had sprung to life, complete with a large tree mural. The first time my two-year-old saw this tree, he tried to climb it. It didn’t really surprise me that he was literally climbing the walls because, with two young boys, that is just how we roll.

Although the rest of my house has no decorative ties to the jungle, some days I swear I am living in one. Who’s with me?

We have become a family of parrots.

I can literally be two inches from their sweet little faces, requesting they pick up some toys and they will claim they didn’t hear me. Drop a swear word when I am locked upstairs in my bedroom? Not only will they hear it, they will commit it to memory and repeat it the next time Grandma visits.

There always seems to be a kid or two swarming around, similar to the cloud of jungle insects constantly buzzing about their next victim. If I want some alone time in the bathroom? Kid swarm. If I try to make a phone call? Instant kid swarm. If I attempt to secretly open a bag of potato chips? I will have a kid swarm before I can even break the seal. I’ve tried to shoo them away with my hand, but that rarely works.

Like a great big annoyed momma tiger, whose cubs are being super ungrateful for the dinner she just hunted down for them. If only I could just send my boys out into the underbrush and tell them to rustle up their own grub. Then Daddy tiger and I could eat a peaceful meal together. I roar about other stuff too, but mealtimes are especially fun at our house.

It turns out, we shouldn’t have wasted so much time trying to choose the perfect name for each child.  We should have just gone with Tarzan #1 and Tarzan #2. Besides the non-stop bellowing throughout the house, if they could reach the chandelier, I guarantee they would be swinging from it. Instead, they hop from one couch cushion to the next, avoiding all the snakes and creepy-crawlies that might be hiding in the carpet.

I just hope when they meet their respective Janes, they will act a little more civilized.

Now picture a crocodile, sneaking up on the banks of the Amazon to grab its prey and the thrash fest that ensues. Welcome to bath-time at our house. By the end of the bath, there is exactly one ounce of water left in the tub. The rest has made its way over the side as the boys fight over toys, dump water on each other, and splash about with flailing limbs. They really are getting into this whole jungle bathroom experience.

As you have probably guessed by now, our house is typically wild with a capital W. Truth be told, I wouldn’t trade my little monkeys for anything. As crazy as it gets around here, as a human momma, I have it pretty easy—unlike those animal mommas raising their offspring in the jungle, I did NOT have to lick my kids clean after they were born.

And for that, I am forever grateful.

ABOUT THE WRITER Mary Ann Blair
Miracles In The Mess

Mary Ann Blair is a stay-at-home mom living in the Pacific Northwest. She loves connecting with other parents who like to keep it real! Her work has been featured on Her View From Home, Perfection Pending, That’s Inappropriate and Pregnant Chicken.
MORE FROM Mary Ann:
There's Sweetness Inside Those Rowdy Boys, Too., Learning To Let Go of Picture Perfect Parenting
Red Tricycle > Spoke Contributor Network > Welcome to the Jungle, We Have Fun & Games