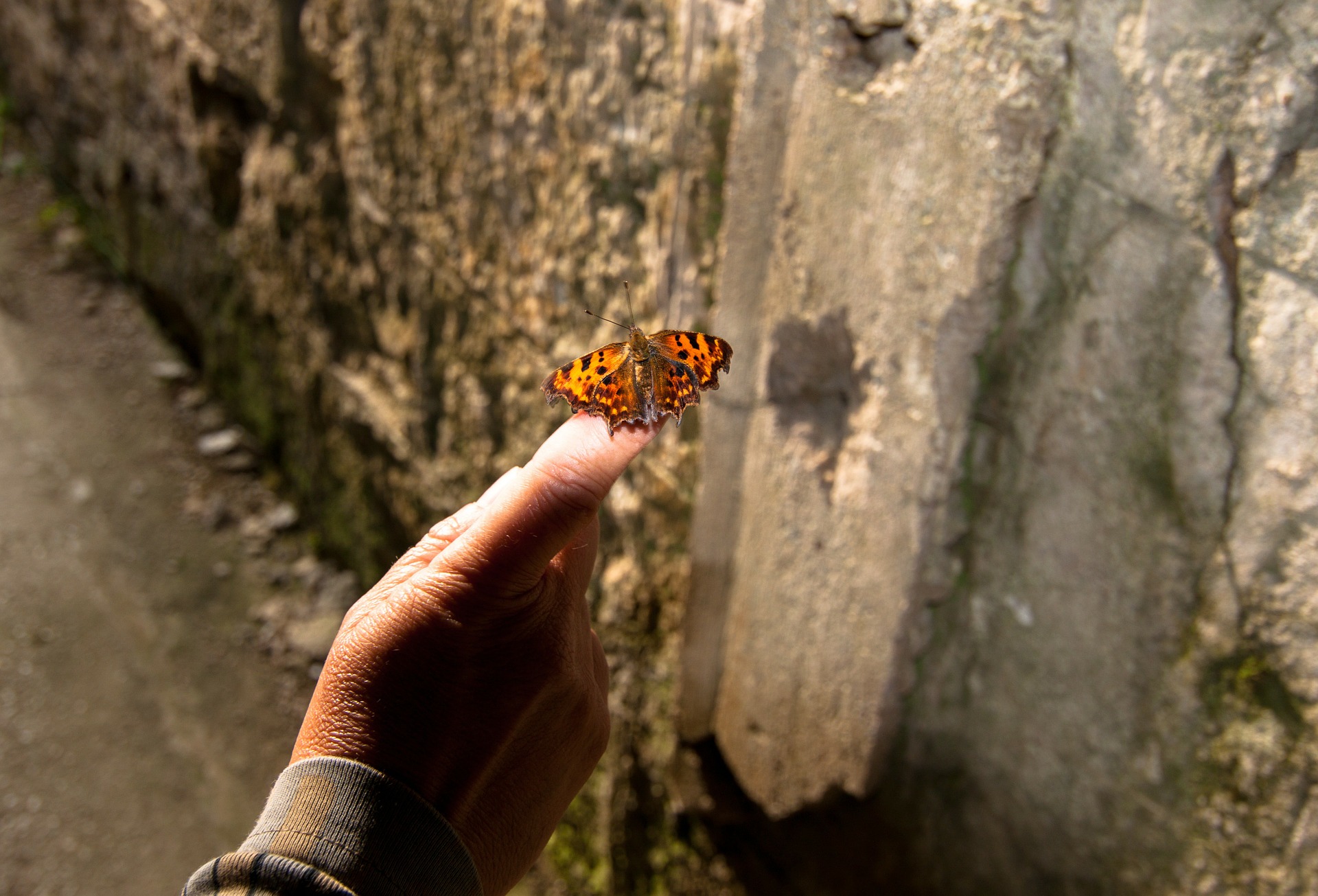 “I just want to hit something!” Gabby hisses at me through the space in her mouth where her first two baby teeth had recently fallen out.

She is holding the closest object she could grab–conveniently, her brother’s baseball bat–tightly in her chubby fingers, poised for the strike. Her feet are spread, belly and butt thrust out, shoulders back in righteous six-year-old indignation. Her stance is half tiny ballerina, half Athena the warrior goddess, and I too find myself torn, but between scooping her up in my arms and running away.

I can remember when those teeth came in too, the same first ones, tiny and white and precious. I have them and all the ones her brother and sister lost before her in a wooden box next to my bed. It’s the same wooden box my mother kept next to her bed with our teeth in it–mine and my sisters–one of the few relics from my childhood I actually have. Now they’re all mixed in there together, mine and my sister’s and my kids, with no way to know whose is whose, and Nick says I’m a little weird for keeping them like I have but they are staying right there, thank you very much. I like the symbolism of it all, all of jumbled up in there together in my box that was my mother’s box that was before I bought it for her just a cheap trinket on the shelves of a souvenir shop on my first sleep-away school trip.

Gabby didn’t know my mother, not in the way I would have liked her to. She wasn’t even born yet when my mother had mostly disappeared, fading into the space she spent the last few years of her life lost in. Gabby had turned three just a few weeks before my mom died and my mother had sworn she would show up for Gabby’s spaghetti and meatballs birthday dinner and then–in a development that surprised none of us but Gabby–hadn’t. After I had tucked the freshly three-year-old girl into bed that night and kissed the cake frosting from her forehead, I’d gone back downstairs to find that she’d left greasy hand prints outlined in spaghetti sauce on the front windows where she must have stood, watching for her grandmother.

And that had made me that same kind of angry, the spitting fire kind, the grab a baseball bat kind; not at Gabby but at my mother, or maybe at God or maybe at myself for the small part of me that had still, even though it was dumb, willed my mother to walk through the door too.

As for Gabby, I’m not even sure what she is mad about standing there with that bat in her hands. There was a toy, or more accurately there wasn’t. Someone had taken it from her, or she had lost it, or it hadn’t been hers in the first place and she had only wanted it to be.  I’m not sure it matters. What matters more is that like me, she’s a feeler, with a very thin filter between her heart and her actions. She’s always a little bit on fire, like there’s a pilot light lit inside of her all the time and sometimes the wind blows just right at her and she flares up in a big showy rush of baseball bat-grabbing heat.

She lets me take the bat from her though, of course she does, and I opt for the scooping, carrying her up into her bed and then lying there with her. Neither of really knows what to say and it’s quiet, the only noise our rush of breath, hers ragged with the remnants of cooling anger and a little whistly as it moves through her teeth hole.

You know there are other ways, healthier ways, to deal with your anger, I tell her.

“Like taking a deep breath,” I say. And we practice, the drawing in, the pause, the release. Again and again until we are both soft and a little bit melted into each other there on the bed.

And then she asks me one of those Gabby questions, the kind that can’t be answered in any real way but I try anyway because I am stubborn or because I love her or because I can remember what it felt like to ask someone the big questions, my mother or God or myself, and not get any real answer either. “Why can’t we keep things?”

I answer her with a story that bubbles up from the bowels of my memory, surprising us both. I tell her how many years before, when her Daddy and I were new parents, we took Jack for a walk in his stroller. I tell her too how it had been one of those gorgeous days in the fall where you know your communion with the sun is now on borrowed time and so everything feels a little extra bit like a gift, and while life with a new marriage and a new baby was incredibly hard a lot of the time, right then it felt full of promise.

And we had hiked up the summit of the reservoir’s water tower, where you could see the whole city and also the dot of white siding that was our own little house. “Look baby!” Nick and I had said, pointing. “It’s our house!” and Jack, being a baby, said nothing, although knowing him as well as I do now I suspect he was thinking something snarky about how it takes a special kind of idiot to walk all this way just to look for home.

Just then a butterfly had flown by, and operating on a lark and a wish or just instinct, Nick reached out his hand.

AND HE CAUGHT IT.

He had held his hand out to me, an expression of disbelief on his face. In his loosely clenched fingers I could see the flap of the butterfly’s wings. “No way,” I said. “You caught it??”

“Yup,” he said, and then looked from his hand to me again. “Now what?”

“Well, now you let it go,” I said, because it was the only thing we could do. So we let it go, and it flew away, and Jack squealed, and we headed back towards the white dot that was home.

And I tell Gabby how maybe it is always like that butterfly. Maybe, if we are lucky, we catch something and we draw it close to us, marvel at its beauty and marvel even more at the gift that is us holding it. But we can’t hold it forever, and not just because it would be awkward for both us and the butterfly if we did, but because in doing so eventually we would destroy the very thing that made the moment beautiful in the first place: its inevitable ending.

Gabby listens intently, her breath softening. “Also,” she says, “if your hands were always full of butterfly you wouldn’t be able to hold anything else.”

And that’s kind of everything, isn’t it?

It’s the teeth, pushing up and into my baby’s mouth until they come out again and into my box. It’s me giving my mother the box in the first place only to have the box then given back to me when she died. It’s her, here and then not. It’s having babies and then not having babies anymore but having these children, these people who can stand on their own, feet slightly spread and fingers holding a bat in my kitchen, lit like flames with anger that is caught, held, and then released later when she surrenders into my arms. It’s my own anger at my mother, long since burned through into peace and even something that looks a lot like love.

And it’s what came not that long after Gabby’s spaghetti sauced hand prints on my window, shortly after my mother died, when Gabby was still small enough to fold into my lap on the couch. We had been sitting, entwined, until she had shifted somehow in my arms just right and for a second it was there, the smell of my mother’s perfume, clear as day and unmistakably hers. “My mother is here,” I had said before I even knew what I was saying, and Gabby had leapt up from where she was sitting in my lap and ran to the door, threw it open. “Come in, come in, come in!” she had yelled, joyous. “I’ve been waiting for you.”

It was the kind of moment you wanted to hold onto for a little while, sad but also beautiful,  and I was glad by then that I had let go enough of the butterfly to have some space inside my heart for it. 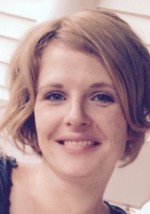 Liz is a writer, blogger, teller of stories, believer in the truth, and mama to four. She shares her stories on lizpetrone.com and all over the Internet, and recently finished a sloppy first draft of her first book.
MORE FROM Liz:
My Daughter's Belly and the Lessons Learned, They Lied When They Told Me I Could Have it All
Red Tricycle > Spoke Contributor Network > Here’s What a Butterfly and a Baseball Bat Taught Me About Letting Things Go