What a Load of Poop… 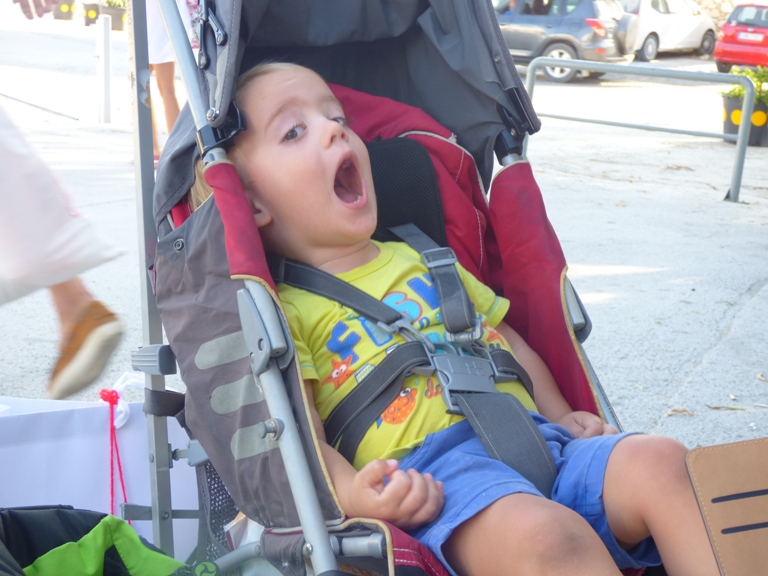 Our lives really have been reduced to the most basic of forms since having our little boy a couple of years ago.

Those parents out there with kids under 4 will know exactly what I’m talking about… life really is a load of poop!

Everywhere we go, we are being constantly faced with different challenges that seem to commonly relate to this one particular bodily excretion – something I just don’t remember going through with my daughter I might add. I remember reading somewhere that when you go through a really traumatic event, your mind has the capacity to lock it away so you don’t remember it. This is the only thing I can assume has happened, as I’m sure I would remember if dealing with smelly, ickly toddler poop was a huge part of my life 8 years ago!

We were at one of the big water parks here in Dubai a couple of weeks ago. The little Chubs was all suited up in his rash vest and swimmer diaper and was itching to get into the pool.

The whole family was having a lovely time swimming around in the kids pla area, screaming everytime the huge constantly filling buckets of water dumped hundreds of litres of water on us and racing down the waterslides. The Chubs was right in there whooping and screaming with all the other kids. We stopped for a bit of a breather under one of the platforms that didn’t have masses of water dumped on it every minute and we were lying in the water enjoying watching the scene.

I did kind of notice the Chubs off to the side squatting down looking at something (his classic “I need a moment to myself to complete my ablutions” pose) but I didn’t think too much of it at the time.

Next thing I knew, we were in the process of standing up to walk back over to another slide when the Chubs toddled over to Hubby for a cuddle. As my Lovely Hubby put his arm around the little man, I saw a brown smear appear. Then, as he started to spin him around to pick him up, I noticed a brown line down the back of his legs.

I was instantly panic stricken.

As I’m sure most of you would know, if there is every any sign of poop in a public pool, they evacuate everyone from the water to do a proper clean and disinfect. I had visions of the hundreds and hundreds of people having to be evacuated from this enormous pool in the 45 degree heat and I think I broke out in hives.

Lovely Hubby managed to catch the little drips and I ripped off my rash vest to wrap around the lower half of the Chubs and we made an immediate bee-line for the quickest path out of that pool – just in time!

Hubby had to carry him all the way to the other side of the park where the bathrooms were, all the while having brown slime oozing down his arm and trying to look nocholantly around so as not to draw any attention. They were in the bathroom for a LONG time – I think Hubby disinfected himself about 50 times (he doesn’t cope well with this sort of thing) and when they finally emerged, Chubs had a sneaky little smile on his face as he toddled away.

It’s not always so public though.

The other morning, I walked out of our bedroom on the way to the kitchen.

I saw a small speck of dirt on the ground as I walked and made a mental note to go back and clean it up after I’d had a drink.

When I came out of the kitchen, Lovely Hubby was lazing on the recliner reading the news and Chubs was playing peacefully nearby with his chest of toys.

And in between the two of them was what looked like a little brown sausage on the floor. Knowing that we had not enjoyed any sausages recently, I started walking closer to inspect this strange deposit. It didn’t take long for the curiosity to turn to horror as I realised that this was no sausage… and that little speck I had passed earlier was not a simple patch of dirt.

“Ohmigosh baby! Why on earth didn’t you clean up that disgusting poop?” I yelled at hubby as he jumped out of the recliner.

“What poop?” he answers looking around wildly. He spots the offending steamy little pile and points yelling “what is that??? Did we get a dog??” as I stared at him wondering how he didn’t notice this earlier.

We both looked over at the Chubs who was innocently pushing his little car around, with a little smirk on his face.

The fascinating thing about this situation was that there was not a mark of poop on him anywhere. His pants were clean, his shirt was clean and his diaper appeared undisturbed. To this day we have no idea how that little sausage sneaked its way out of that leakproof nappy but such is the power of this incredible substance.

He did a similar thing when were were at our little holiday house in the Greek islands recently except this time, the culprit was obvious.

We had given him some nappy free time given the glorious weather and the holiday atmosphere – a privilege usually only extended to him when he was either outside or corraled within a corner of the house. He made the very best use of that time. As we were pottering around packing bags and Miss Sparky was out on the deck practising a new dance routine, the little man was in the main bedroom, standing next to our bed laying a nice little present for us to find. Not only that, he then thought it important to stand in it before walking out onto the deck, leaving a telltale line of little brown footsteps to lead us directly to the culprit.

The Pooping Assasin we have now named him and he consistently delivers his prizes with a smile!

I could share a bunch more stories but I’m sure you get the idea. And any of you mums out there with toddlers, I know you have the same kinds of stories to share, possibly even worse ones. We’ve always been pretty lucky really and we’re getting better at dealing with it… well, if getting better means that our previous 5 minute dance of jumping around in circles, waving our arms and screeching ‘ew ew ew’ has been reduced to about 30 seconds. Sometimes we don’t even fight about who’s cleaning it up now as well – we’ve worked out a nice little tag team system, with increased credit for certain volumes and consistencies.

Bring on toilet training I say! And bless all of you toddler parents out there. We are right with you every brown, icky step of the way!

As always, love to hear any of your stories if you feel sharing in comments too.

Have a great week! 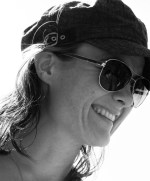 I'm a Dubai expat mum and I love to tell the funny side of life here and about travelling the world with a young family.Because let’s face it – no matter how well planned your travel journey, its those those funny, quirky moments that appear out of nowhere that create the real memories.
MORE FROM Emma:
Join us in Greece, Find your happy place, Stories from school in Dubai
Red Tricycle > Spoke Contributor Network > What a Load of Poop…