It’s that time of year! The pre-holiday rush is on and everyone is looking for deep discounts. So what did people buy on Black Friday? Well, we’ve got the scoop on what shoppers spent—or rather, saved—on this year.

And if you’re wondering—yes, shoppers spent plenty. Seriously. According to Adobe Analytics, online spending reached a record-setting number of $6.22 billion. That’s billion with a “b.” But that’s not all! 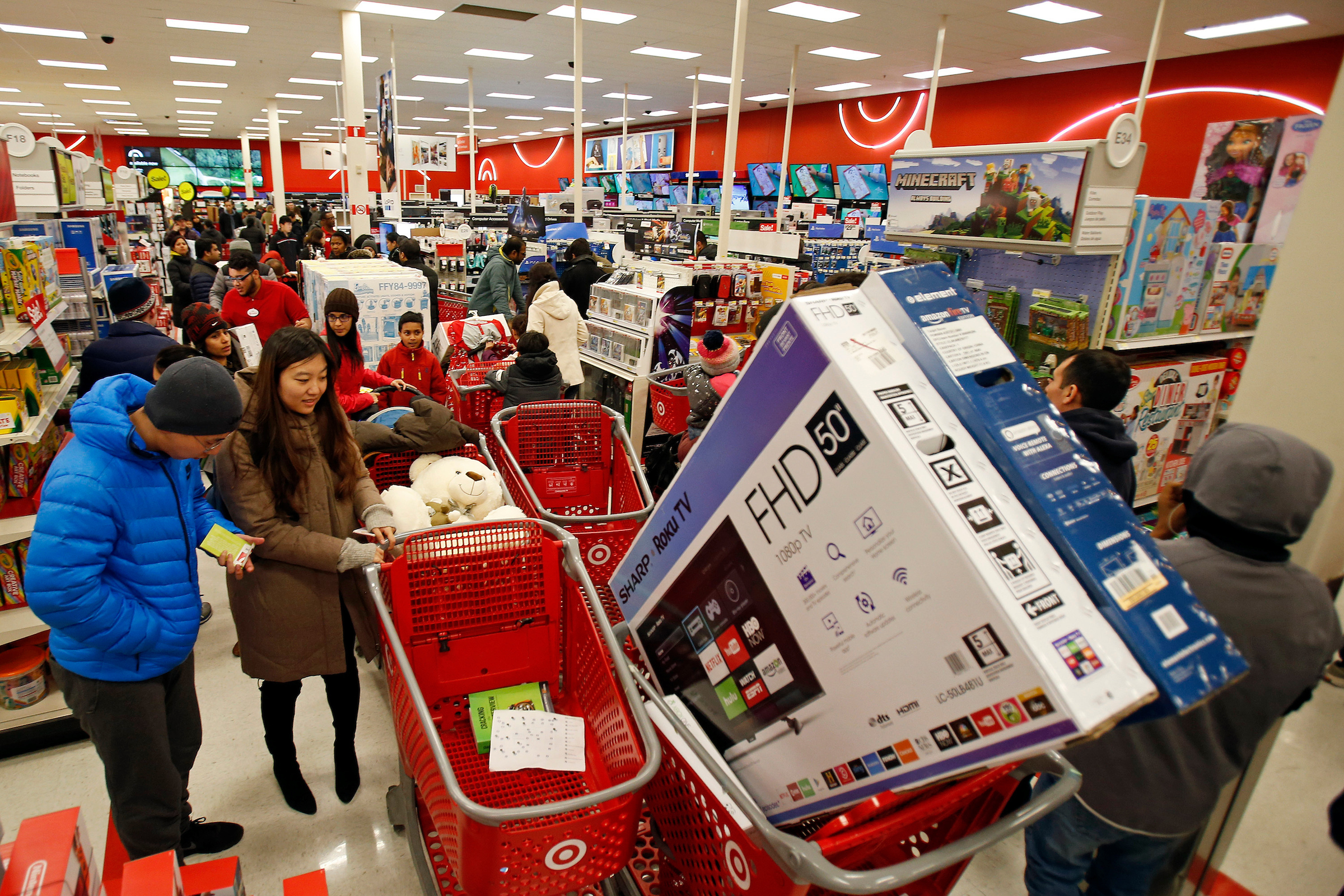 You’ve been eyeing up TVs for months—and so was everyone else. According to Business Insider, Walmart’s top selling item was the 65-inch Sharp Roku smart LED TV. But buyers didn’t line up for this kind of amazing deal. This web-based discount took the normally $598 TV down to $398.

Not so surprisingly, Best Buy’s biggest seller was also in the electronics category (because what else are you really going to buy there?). The normally $500 55-inch Samsung LED TV was only $398!

Amazon also had major electronics sales. The online mega-retailer listed the Echo Dot, Fire TV Stick 4K and Fire 7 tablet among some of their top sellers. And they weren’t the only ones selling serious quantities of tablets. Target’s top Cyber Monday seller was the 32 GB Apple iPad.

Pillows? Yes, pillows. Shoppers didn’t stick to ust big ticket fancy-shmancy electronic items over the Black Friday/Cyber Monday holiday sale period. Even with all the electronics awesomeness going on at Sam’s Club, the retailer’s biggest seller was a package of Essence of Bamboo’s two bamboo-polyfill pillows.

Unlike Sam’s, Costco’s top money-maker was something to put on your head—and not your head on. The Bose on-ear Bluetooth headphones were a major Cyber Monday deal at $100 (marked down from $160). Amazon also saw standout sales on headphones. The online retailer’s pre-holiday sale stats show that the Bose QuietComfort 25 Noise Cancelling Headphones for Apple devices were a prime seller.

With all that buying, it’s no wonder that this year’s Black Friday sales were up from last year. In total (including in-store and online sales) Americans spent a whopping $23 billion!