What Green Bean Casserole Can Teach Kids about Tradition 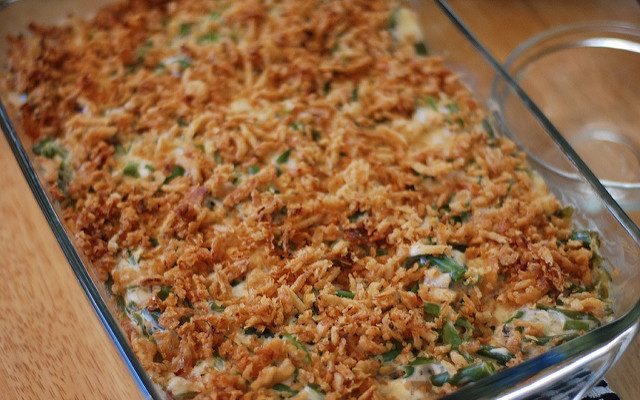 Here at Xyza, we love sparking conversations about interesting news from around the world at home, in schools, at the playground or anywhere else for that matter. As the co-founders of Xyza and parents ourselves, we love hearing our kids share their thoughts and perspectives on news stories that are as complicated as the elections or as fun as holiday traditions.

For our Dinner Table Conversation series this week, we’re asking a simple question: What is your Thanksgiving tradition? Why? Because traditions are interesting! They can be passed down from generation to generation, made up or family-specific. They can be traditional, quirky or absolutely fantastically crazy! But the one thing that all traditions have in common is that they happen again and again.

Share this quirky story about how the green bean casserole became a traditional Thanksgiving side dish and then ask your kids what they consider a family tradition—the answer just might surprise you!

The Story of How Green Bean Casserole Became a Thanksgiving Staple

If you think about food for the 4th of July, you probably think of BBQ or corn on the cob. If you think about food for Thanksgiving, you most certainly would think of turkey! But do you know what is considered a traditional side dish to the turkey? The green bean casserole. Sure, turkeys have their own history in the Thanksgiving story, but the green bean casserole has a rather interesting background as well.

This dish was not considered part of the traditional Thanksgiving meal until 1955. That’s when Dorcas Reilly, an employee of the Campbell Soup Company, came up with the recipe for the green bean casserole, dubbed “the mother of all comfort foods.” Working in the home economics department of the company, she first put together green beans and Campbell Soup Company’s cream of mushroom soup and called it a “green bean cake.”

When the company tested it, the reviews were not initially very favorable. But it slowly and steadily made its way to the top of the recipe pile that Campbell Soup marketed as part of its Thanksgiving ads and sure enough, it is now considered a staple in many a home where a traditional Thanksgiving meal is served! In 2002, Reilly handed over her recipe to the National Inventors Hall of Fame.

We're two perfectly imperfect moms who have five very different kids between the two of us. We believe that topics in news are a fantastic way to spark conversations in families. That's why we started the Dinner Table Conversation series here at Xyza: News for Kids. Won't you join us in the conversation?
MORE FROM Joann Suen:
The Longest Flight In The World, How Do Interesting Ideas Begin?, The Girl Scouts Ask A Judge To Decide
Red Tricycle > Holiday Happenings > Thanksgiving > Thanksgiving Activities > What Green Bean Casserole Can Teach Kids about Tradition