What Happened When I Developed the Worst Case of Momsomnia 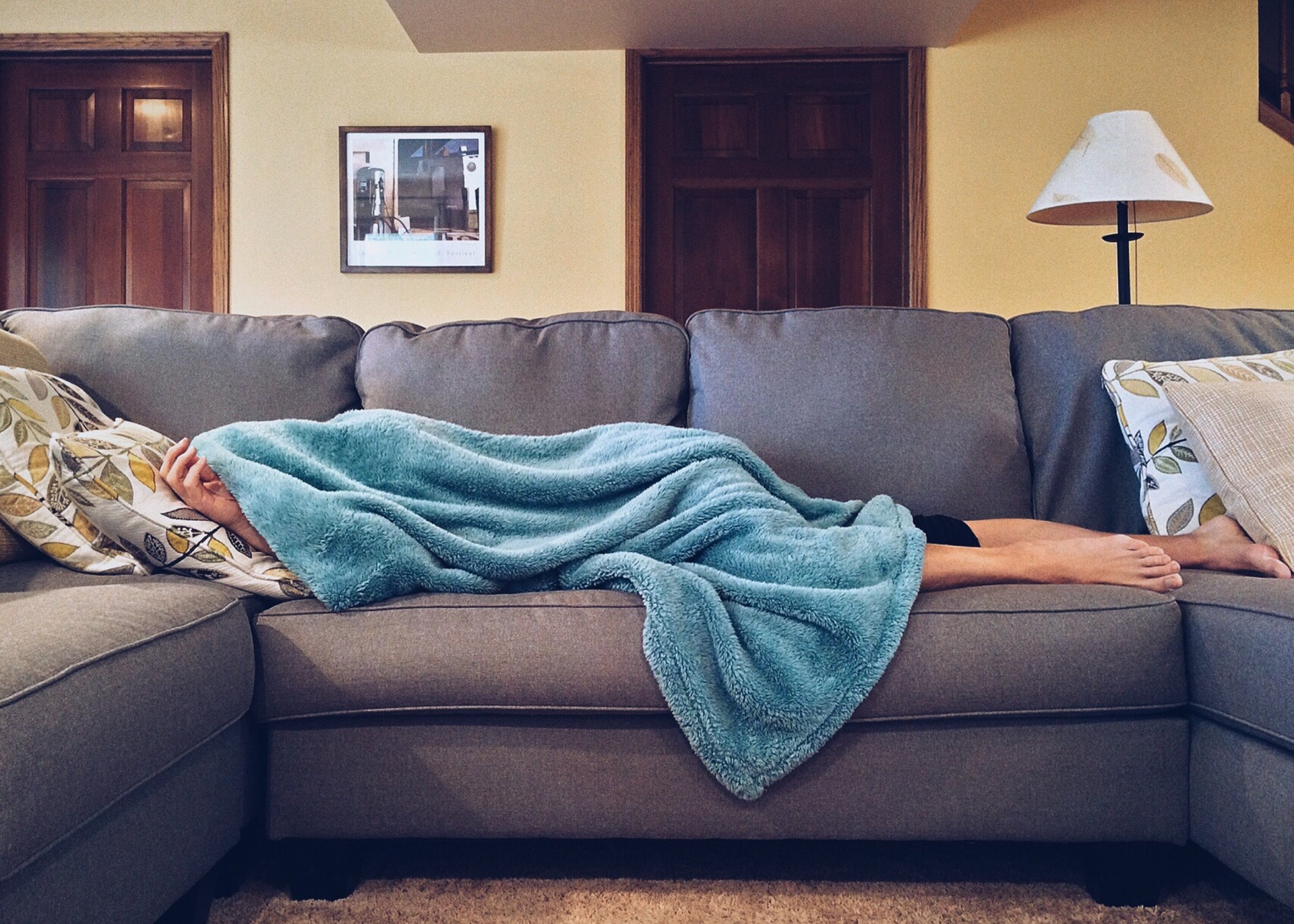 It is an uncontested truth that kids have more energy than their parents, except when it comes to cleaning.  Yesterday, my kids wore me out.  Budgie is cutting his one-year molars and Binnybeans decided that it would be a good idea to argue with me about everything.  Every little thing.  I was done by the time they went to bed.  I managed to get the dishwasher loaded and tidy up a bit, but I just needed to sit.  I was done.

So I sat down to watch the 10:00 news, and I was out before the sports came on.  Normally, if I fall asleep on the couch, it’s for 20 minutes.  I wake up with a kink in my neck and head up to bed.  Not last night.  When I woke up, Seth Meyers was just about to introduce his musical guest.  I slept for two hours.

I turned off the TV and lights and headed up to bed, thinking I would just slip into bed and drift off into the sleep I so desperately needed.

I developed a bad case of Momsomnia.  I had just enough sleep on the couch that I couldn’t get back to sleep.  I laid awake, listening to my husband’s rhythmic snoring.  I took deep breaths, adjusted my MyPillow, and thought soothing thoughts.  Nothing was working.  I took a warm shower, thinking it would relax my muscles and mind.  Nope.  Pretty soon it was creeping up on 3 am, and I was closing in on panic mode.  My kids would be up in a little over 4 hours.  5 hours if I was lucky.  I’m an 8 hours a night kind of woman… this was not going to cut it.

I tried laying back in bed, but at this point my husband’s snoring was less like gentle rhythmic white noise and more like a buzzsaw beside my head.  I couldn’t do it.  I wanted to kick him in the ass and tell him to stop his damn snoring.  But that wouldn’t help either of us.  He needed to be at work for 7, and I just couldn’t do it to him.

Back to the couch.  That damn couch.  Worn out leather, lumpy cushions, vague musty smell from a mystery spill.  Curse you couch!

I fluffed my MyPillow and prepared for a couple hours of sleep at least.  Eventually I drifted off again, only to be woken by my husband trying to sneak out to work.  I pretended to sleep; he was sincerely trying not to wake me.  I drifted off again for about a half hour before Budgie’s cockcrow woke me for good.

Grand total, I got about 4 hours.  Not nearly enough for me.  So when the kids went down for rest time, it took everything I had in my body to clean up lunch and try to write this blog.

So now I’m totally out of whack.  I’ll probably be up again tonight, trying to sleep because I slept for an hour this afternoon.  Ugh.

This article was previously published on WellRoundedMom.com

Crafts, computers, hiding the good snacks... I do it all.  I'm a computer scientist by training, but a mom by experience.  I love to write about technology for families, because those are my two loves in life.  Close behind? Cheesecake.  And coffee.
MORE FROM Chryssy:
Dear Fat Mommy in the Swimsuit, Movies With Alexa: Fun Movie Easter Eggs with Amazon's Alexa, Why I'm Not Ashamed My Kids Watch TV: And Science Backs Me Up
Red Tricycle > Spoke Contributor Network > What Happened When I Developed the Worst Case of Momsomnia