What Happened When I Found Out My Child Is Trans 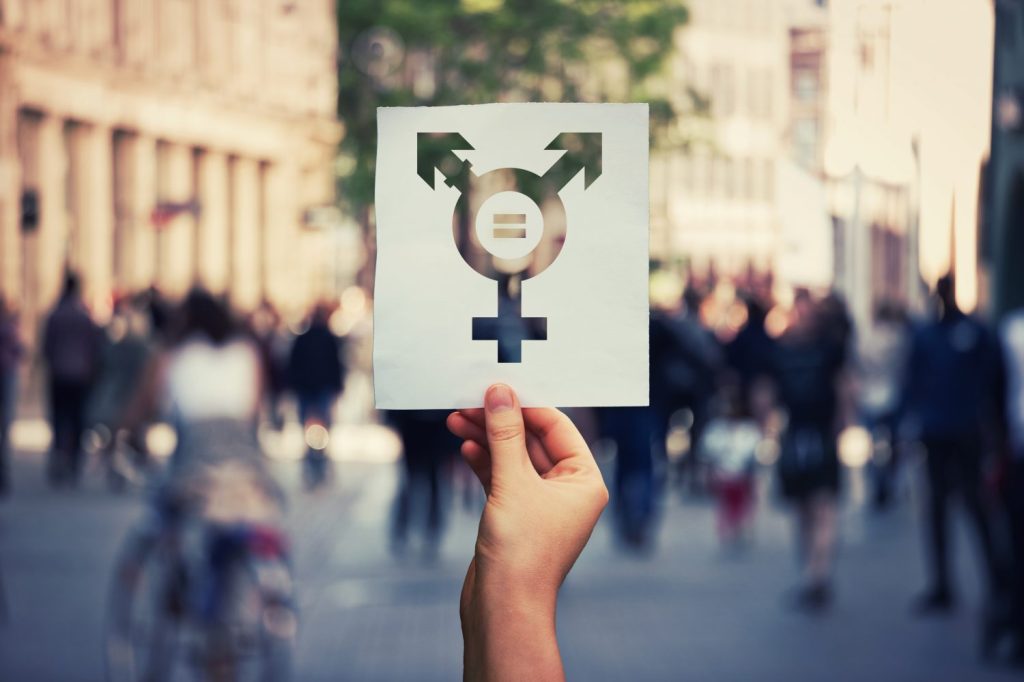 It was an evening I wish I could erase from my mind. My 13-year-old daughter Nori had been spiraling downwards for months. The possibility of drugs crossed my mind enough times that I had her drug tested, which she thankfully passed. She was morphing into someone I did not recognize or frankly even like and I didn’t know why. Grades were dropping while calls from her school became more frequent. Cute clothing she used to love was slowly being replaced with baggy hoodies and sweatpants. Her long, blond hair became a point of frustration for her where it had always been a source of fashion. The withdrawing from friends came first followed by what seemed to be a withdrawal from life itself.

None of our usual parenting tactics seemed to break through her new wall. The helplessness I felt as a parent forced me to question the way I was raising her. Was I doing it wrong? Had I ruined her in some way? I continually felt torn between wanting to wrap my arms around her as a shield from the everything causing all this pain and change or wanting to throat punch her for being the source of so much chaos and disarray in our family.

Finally, a break. Our oldest daughter came to us with news that Nori had confided in her something that needed to come out. That evening was one of the worst I have ever had. Nori’s pain was genuine and raw. Her dam had finally broken and everything came gushing out. I sat speechless as I heard Nori share things like she was born in the wrong body and was meant to be a male. How she was suffering from gender dysphoria and despised the way her body was changing as female bodies do. Binding her breasts was something she was already doing on a daily basis with duct tape. I had no words when Nori started lamenting on the need for starting testosterone injections. She had grown to hate the beautiful long hair she had always known and was ready to chop it all off.

I tried to hold myself together. Thoughts and feelings reeled through my head that evening. Tears were shed, yet numbness kept drying them up. I cycled through a myriad of emotions.

Anger. This can’t be real, it’s got to be a phase and I was angry at the amount of passion she was exhibiting during this performance. Anger that she was binding her breasts with duct tape without a second thought to the permanent damage she could cause. Angry at the disregard for all the upheaval she had been putting us through with her antics

Sadness. Whether or not this was a phase, her pain was real and I felt sad that my child hated herself with so much fervor when all I saw was a beautiful young woman. Sadness that coming to us first wasn’t something she felt she could do when I thought we were close enough for that.

Mourning. Suddenly and without any say or input from me, the daughter I had known for 13 years could quite possibly be gone forever and was being replaced with this new version of her that I hadn’t gotten to know yet. That evening there was a stranger in my daughter’s body. I didn’t recognize her and I mourned the daughter I had known.

Relief. I was immensely relieved to know that this change wasn’t due to drugs, pregnancy, or being raped. Crossing those off the list somehow made things a tad easier for me.

A year has passed since that bombshell. A year since our family changed forever. Life is a great deal different although still not without its challenges. Nori’s hair has since been chopped off. I don’t hate it. All her clothing and shoes now come from the boy’s department. I don’t hate that either. The kind-hearted child I gave birth to is still in there no matter what her exterior looks like.

Hormone therapy and breast binding is not something we are allowing at this time. There are battles worth fighting and while outward male/female appearance is not one of them, permanently altering my 14-year-old is a hard no.

Having strangers in public look at my child and refer to her as my son is something I will never get used to. I will love Nori no matter what her/his future choices are. I will always mourn the little girl I had for 13 years that suddenly wasn’t anymore and that is okay. Mourning who they were does not negate the love you have for your child as they currently are. Do not be ashamed of feeling like there was a death because in several ways there was. My relationship with Nori is surprisingly good, different then it used to be but good nonetheless. Creating a new normal comes with time and will change even the most unyielding soul.

ABOUT THE WRITER R. Rose Barnum
I am a mom to three, wife to one and a writer of many things
MORE FROM R. Rose: