What Happened When I Let My Kid Say “Crap” 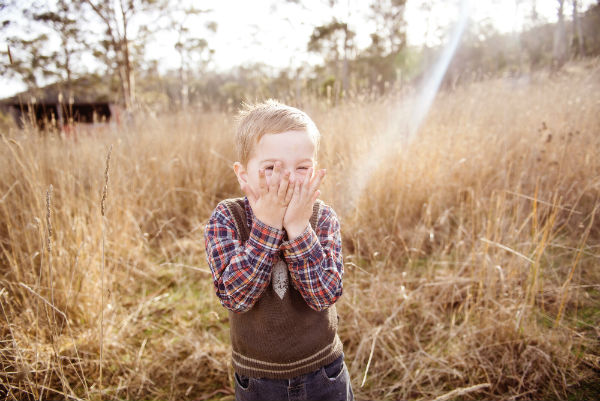 My son was 10 when we moved to a new school in a new city and new state. Surprisingly, it also came with some new vocabulary.

Right away, child-of-mine picked up on the fact that his classmates were saying, with some frequency, the word “crap,” a syllable I’d strictly forbidden from crossing his sassy little lips. And when he first heard a teacher shamelessly utter the expression, right there in front of her students, he decided we needed a little chit chat on the subject.

Using his powers of persuasion and logic—which are both impressive and infuriating—he convinced me to let him try out this previously banned four-letter word. But I wasn’t thrilled about it—and he knew it.

And so it went. Naturally, he had a very hard time suppressing his newfound fascination with the pseudo-swear. “Crappity-crap-crap-crap!” Suddenly, I was cohabitating with a pint-sized, PG-rated sailor.

So we had to set some ground rules. Those three expressions above, yeah, they were nixed immediately. When I proposed he could try “What the heck” instead of “What the crap” or “Holy moly” instead of “Holy crap,” he guffawed at my old-lady ways and I glimpsed the teenager he would most likely become.

Uncool or not, he knew he had no choice but to relent to the Mommy-in-Charge. And so, thank goodness, he began to dial it back.

(Sigh. Is that really any better?)

And we came upon a consensus: No “crapping” in public or in front of family. And no excessive “crappity-crap-crapping” just because you have working vocal cords.

He knew this was a test of his maturity, possibly even a gateway to other privileges, and fortunately treated it as such. In fact, he’s managed to find a palatable balance amongst all this crap, and now he sparingly uses the once-controversial expression.

However, there was one unforeseen hiccup I should have seen coming a mile away. But nope. Oh no. I walked right into it.

Just days after this new idiomatic freedom was bestowed upon my child, we had friends over for dinner. Gleefully, he announced to everyone in attendance: “My mom lets me say the C-word now!”

I'm a freelance writer with a background in journalism and corporate communications. My musings focus on living abroad, special needs, my puppy dog and everyday mom stuff. I live in the Midwestern USA with my husband, two sons and rescue mutt. For privacy,
MORE FROM Jacqueline:
Others See Dyslexia, I See An Amazing Kid, Why your 'harmless' comments are so hurtful to parents like me, My kids is the 'stinky' kid but it's not because of poor hygiene
Red Tricycle > Parenting > What Happened When I Let My Kid Say “Crap”