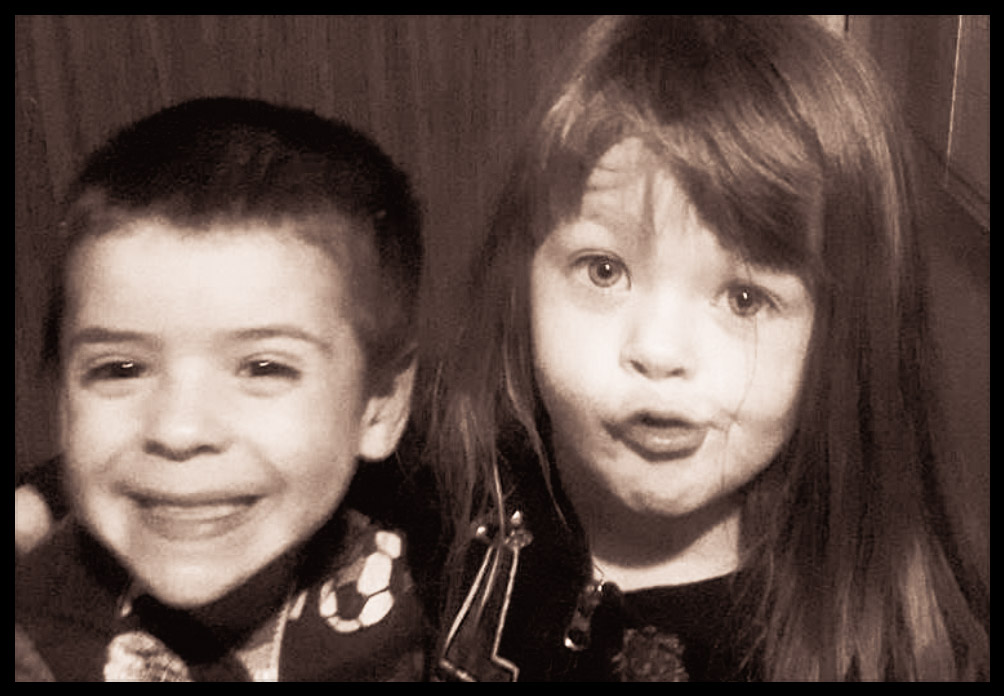 After about five weeks of camping at the lake without proper bathroom accommodations, potty training my three-year-old grandson was starting to become a rather defeated task. On the other hand, my three-year-old granddaughter Sophia had it down to a science. She didn’t mind the spiders, the dark or wiping herself after a job well done but my grandson Grady was a whole different kind of duck. He just simply refused to go number two except in his pull up and then try to deny it, but the horse flies circling him was a dead giveaway. After dozens of failed attempts to get Grady to go potty, my daughter Brianna and I came up with what we “thought” was a brilliant idea.

We decided that since Sophia had it all figured out and Grady looks up to her for everything, we could implement her into our new plan for potty training. We explained to Sophia that she could take Grady with her when she goes potty and she could teach him how a big kid goes. We told her to show him how it’s done and to get him go potty if she could. Sophia was pretty excited about our new plan, so much so that she was off to the bathroom with Grady in no time flat.

As Briana and I sat comfortably in our lawn chairs just a little ways off enjoying the sun we thought “WOW” we should have thought of this sooner. Now we can just relax and let Sophia take Grady to the bathroom until he learns how to go potty by himself. As we sat and waited and waited and waited for them to be finished we relished in our superior wisdom. About 10 minutes passed and along came my nine-year-old grandson Braedyn from his bike ride. As he pulled up beside Briana and he said, “Nanny, someone should go check on Sophia and Grady, they are in the bathroom alone and there is SMEARS everywhere”!

I looked at Briana and she looked at me and quizzically said SMEARS? Then the light came on for us both, OH SH*T, squealed Briana”! Off she jolted to check the bathroom, then came another squeal from her, “ MOM, OMG MOM”!  I ran over to see what had happened and to my fright, it was bad, really bad. The whole bathroom was covered in poo, the floor, the walls, the sink, and both children. I looked at Grady and said, “Grady did you wipe Sophia’s bum for her”? He replied so proudly with the biggest smile ever, while holding up the palms of his hands for me to see, “Yup I did, I helped her”. His hands were covered, she was covered, they both smelled like they bathed in the septic tank but they were so proud of themselves.

Briana was almost in tears as she washed down the kids and the bathroom. Briana said to Sophia with a slight crackle of despair in her voice, “Why, why did you do it Sophia? Her reply was priceless, “I did it, mommy because there was no adult with us”. I nearly fell to my knees from halfway between crying and laughing. I said to Briana, “You know she’s right and we have no room to complain about how it turned out. We can’t even give them trouble because we told them to do it. We gave a three-year-old a job that even we couldn’t do and we expected it to turn out great. Sophia is probably smarter than both of us put together because she got him to do her dirty work. She made a good decision to have someone else wipe her butt while we made the decision to send two toddlers to the bathroom alone”.

I want Sophia to teach me how to convince a friend to wipe my butt from now on because that child is brilliant. The icing on the cake was Briana’s wisdom after the whole thing was over, as she said, “Maybe we should have explained better to Sophia what she was supposed to teach Grady.  Should we let them try again mom? Just kidding”! 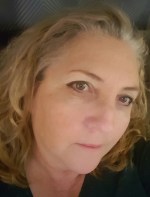 I Carolin D. Palmer am an artist, author and mother of nine. I was born and raised in Truro, Nova Scotia, Canada. Most of my work is ispired from my roots and I am a proud Bluenoser (person born in NS). I love to share my stories.
MORE FROM Carolin:
Going to Granny and Grandads, Going Smelting With Dad, On The Way To School
Red Tricycle > Spoke Contributor Network > What Happens When Big Sister Teaches Little Brother How to Use the Potty