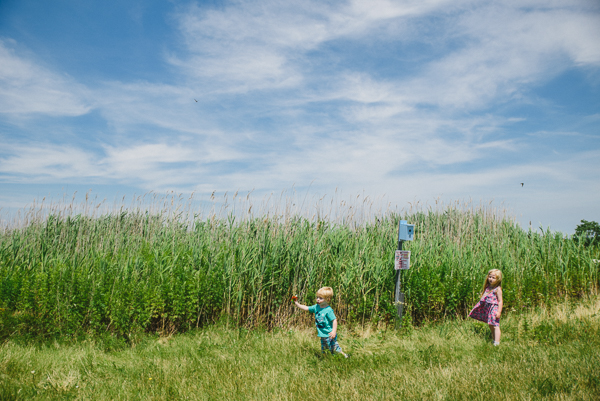 At the beginning of 2016 I decided I wanted to take on a personal project of recording one second of video everyday for the whole year. At the end of the year I would combine all the clips into one big epic film of our family’s 2016. When I first began filming in January, it felt a little disjointed, and I wasn’t sure how the final product would turn out. I kept at it though, and a year later, I had 366 clips ready to be put together into one film. When I finally viewed the finished product, I was so overcome with emotion. I had no idea what a true treasure this film would be. I took away from the experience some truly profound realizations:

Cherish the moment. Time truly does fly by. When I look at my kids at the beginning of the film, and then at them at the end of the film, I am floored by the amount of growth that took place in just one year. My daughter is a toddler at the outset, and ends the film as a young girl. My son grows from baby to preschooler. I realized that I needed to slow down and try to be really present for every moment with my children, because they truly are fleeting.

There is beauty everywhere, if you just open your eyes and look for it. Raindrops, a light flare, leaves blowing, little feet scampering down the hallway, a shadow, a kite blowing in the wind. Such little details that we take for granted possess such beauty when we take a moment to stop and really look and appreciate them.

The whole is greater than the sum of its parts. One second of video may not seem like much on its own, but when put together with dozens more, it takes on a meaning and story much bigger than at first glance. Just like real life. Don’t get bogged down with the minutiae – open your eyes to the bigger picture, and take stock in all the good in your life. It’s all about perspective.

Life is full of opportunities. Get out of the house. Go on an adventure. Drive a different route. Discover gems in your community. Go to a new restaurant. Try out a different playground. In short – seize the day, friends. Make the most of your everyday.

Life is pretty damn good. 2016 was a mixed-bag year for many people, me included – but when I look at this film, I see that it was also filled with a whole lot of good, a whole lot of beauty and a whole lot of love. Life is not always easy, but there is an awful lot to be grateful for.

Are you interested in making your own One Second A Day film?

I made my film with video I recorded on my DSLR camera and I put the clips together in Final Cut Pro, but you can use any video camera you have, including your phone! iMovie is an awesome video editor, and there is even an iMovie app for your mobile phone so you can edit right on your phone.

To make it even easier, there is also a One Second Everyday app where you can film and put together your clips all in one place! (and p.s. – check out the TED talk by the creator of the app!)

Don’t forget to share with your friends and family once you are finished!

This is, in all seriousness, was my favorite project ever. I had no idea how much I would learn and take away from it. A true gift.

The Beauty of a Second (2016) from Francesca Russell on Vimeo. 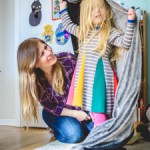 Francesca is a photographer/filmmaker, stage manager, and mama, living on Long Island, NY. She works part-time as a substitute stage manager on Broadway, and also runs her own photography business, specializing in family documentary photography & films. Francesca is an avid knitter, crafter, list-maker, meal planner, adventurer, learning addict and project-a-holic.
MORE FROM Francesca:
5 Reasons Why You Should Hire a Photographer to Document Your Family Vacation, 5 Reasons Why Winter In-Home Sessions are the Best, 10 Tips for Filming an "A Day in the Life"
Red Tricycle > Spoke Contributor Network > What I Learned from Filming One Second a Day for a Year