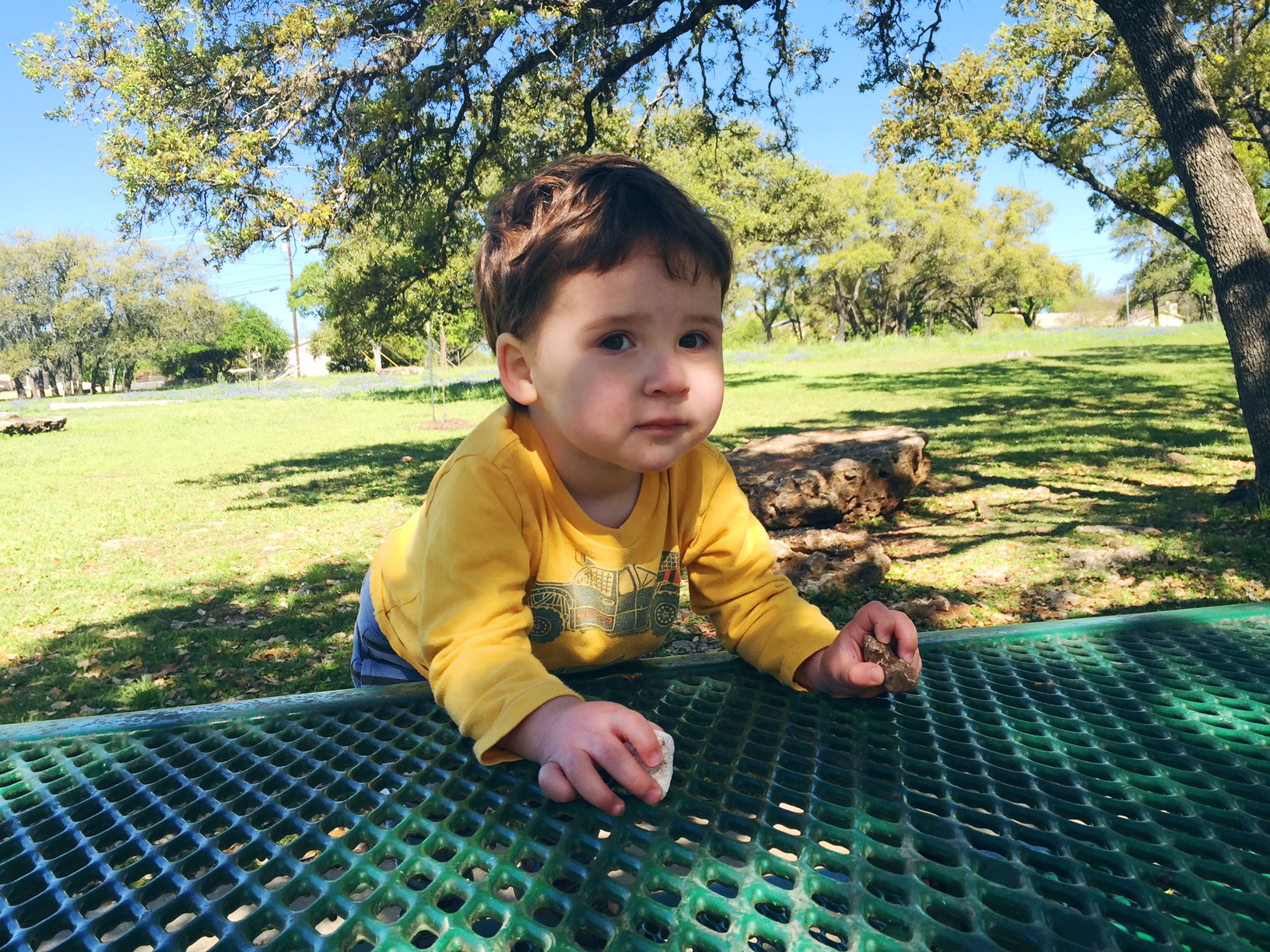 At 3, my son is too young to be cognizant of what happened yesterday. I’m glad. It means he hasn’t internalized the fear mongering and vitriol that dominated this election cycle. It means there’s still hope.

I went to bed with a heavy heart last night, truly believing that regardless of the outcome of the election, there would be no real winners. Ours is a broken nation, and there’s a lot of work to do.

Waking up to the sound of the baby monitor early this morning, I remembered: I am a mother. I am raising the next generation. I have never been an incredibly political person, but I can be part of this solution. If there’s one thing in this life I can control, it’s how I raise my son and what I’m teaching him.

I am teaching my son to treat women (and men, for that matter) with respect.

As a female in this country, I know what it’s like to feel threatened, to feel marginalized, to feel less than. I would be horrified to hear any of the misogynist language used by the President-elect coming out of my son’s mouth. So it starts with teaching him to ask his friends before he hugs them and accepting their answer if they decline. It starts with teaching him to use correct anatomical language for his body parts. When he gets a little older, we can talk about how sex is a lot of things, but the one thing it should never be is a power play.

I am teaching my son that our differences should be celebrated, not feared.

Here’s the thing: while my son looks like any other white male, his great-grandparents came from Mexico. The same country Trump promised to build a wall at the border of, possibly because he’s never been invited to Taco Tuesday. My son is a delicious mix of Mexican and German and French and Czech, and he literally wouldn’t be here if our country weren’t accepting of “outsiders.” It starts with exposing him to Islam and Judaism and Buddhism and every other world religion, not just Catholicism. We have our beliefs as a family, but that doesn’t mean we can’t make an effort to understand where our friends and neighbors are coming from. It starts by teaching him, by my example, to see character rather than skin color.

As Macklemore said, “When I was at church they taught me something else/ If you preach hate at the service those words aren’t anointed/ That holy water that you soak in has been poisoned.” So while hate and fear might make nice news headlines, neither solves problems, especially the really big ones like healthcare and the economy. It starts with showing him how to be kind to everyone he meets. At 3, that means a lot of encouraging him to share his toys. As he grows up, it will mean encouraging him to stand up for what he knows to be right and just, even if he’s the only one standing.

I can’t change what happens in the White House, and I’m guessing I can’t change the minds of those who voted differently than I did. What I can do is create a home that is safe, and loving, and positive, one that rewards honesty and hard work. I can listen to my child always, even when he’s only talking about tractors. I can sing lullabies and kiss booboos and be a soft place to land at the end of the day. I can raise a child who believes that love always wins.

I'm a freelance writer and group fitness instructor living in Austin, Texas with my husband and son. I love weekends, hot coffee, and a good craft project. I blog about writing and motherhood over at www.juliakgarza.com.
Red Tricycle > Spoke Contributor Network > What I’m Teaching my Son in the Wake of the Election