What Is Social Media Depression and Is Your Child at Risk?

If Snapchat filters, Instagram followers, boomerang pics, the perfect photo, tweets, and Facebook ‘likes’ seem to consume your teen’s life, it is no surprise. Social media use is currently the most common activity enjoyed by children and teenagers. Over 75 percent of children own a cellular phone, and the majority use it to access social media platforms several times each day. With such a broad reach and widespread popularity among our youth, it’s important that parents understand that while mostly fun and games there can be negative consequences of excessive social media use.

Does the following sound familiar?

Lately you’ve noticed that your child appears aloof, irritable, and withdrawn. He prefers to be left alone in his room spending time on Instagram and Snapchat. Though he is restricted from screen time after bedtime, he has had several nights of breaking this rule and staying up late to check his social media feeds. As his parent, you’ve established rules regarding social media use including having access to his social media platforms usernames and passwords. You’ve come to learn, that he has a fake Instagram (i.e. a “Finstagram”) account and has experienced bullying due to some recent posts.

Your teen has been unusually irritable. She’s having trouble sleeping and is spending more time alone. She’d rather sit in her room and swipe and post on her social media feeds than spend time with her family or even go out with friends. She appears overly concerned with her physical appearance and getting the “perfect look” for pictures. Once cheerful and self-assured, she has lately become self-doubting and withdrawn.

At first glance, we might think that behaviors and mood symptoms such as these can be chalked up to a teenage funk or a child hitting a rough patch. Another possible cause? Social media depression. Social media depression refers to a clinical depression that results from the intensity, pressure, and eventual isolation stemming from social media use. And unfortunately, it is becoming increasingly common among kids and teens.

How do you know if your youth is struggling with a clinical depression and this is more than a moody teenager? If you notice that your child has several of the following symptoms over a two week period or more, then you should be concerned about clinical depression: depressed mood (most of the day and nearly every day), changes in sleep pattern (sleeping too much or too little), loss of energy nearly every day, poor concentration, an inability to experience pleasure in activities that your child previously enjoyed, increased time alone and reduced time with friends, or even talk of death or suicide.

Social media may be an underlying cause if your youth has an excessive amount of interest and time spent on YouTube, Instagram, Snapchat, Twitter and Facebook. Take heed if you notice the following behaviors and telling signs: spending considerable amounts of time on social media at the expense of real friendships and family time, a hyper-focus on physical appearance because of a posting the “perfect” picture, and excessive comparisons of themselves to friends.

If you suspect that your child is suffering from clinical depression, that’s your cue to take the next step. Get professional help—the sooner, the better.  We’ve seen that early intervention can make a great difference. 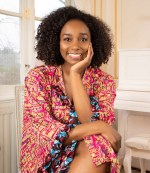 ABOUT THE WRITER Isabel Cintra
IsabelCintra.com

Through her vibrant picture books, illustrated by her brother Zeka Cintra,Isabel strives to introduce kids to a world where diversity is valuable and beautiful. Fantasy, representativeness and diversity are common themes in her editorial production. She currently resides in Stockholm, Sweden with her husband and daughters.
MORE FROM Isabel:
Social Media Depression And Youth
Red Tricycle > Parenting Advice > Real Talk > What Is Social Media Depression and Is Your Child at Risk?