Recent research from The Ohio State University suggests there’s a million word gap between children whose parents read to them regularly and those who don’t. Before you start counting every word in your kiddo’s lit collection, scroll down for all the info on this new study.

The Ohio State University study, published in the Journal of Developmental and Behavioral Pediatrics, isn’t exactly the first of its kind. In the ’90s, researchers Betty Hart and Todd R. Risley published what is now considered a somewhat controversial study positing that children who live in poverty hear 30 million fewer words by the time they’re three years old. 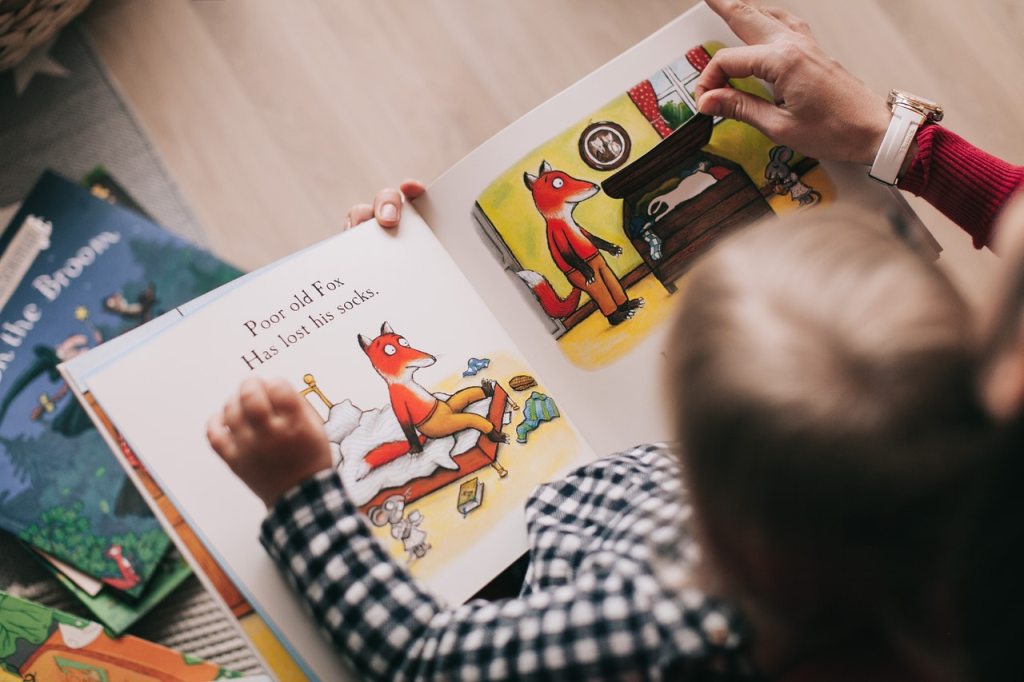 Is this new study in the same vein as Hart and Risley’s research? While the million-plus word gaps may seem staggering in both studies, the latest study doesn’t compare children growing up in poverty verses those who aren’t. Instead, the researchers looked at 60 commonly-read children’s books and how many words the tots who heard them would hear over their first five years.

In this most recent study, researchers found children who were read one picture book a day heard an estimated 78,000 words annually. By the time they reach kindergarten, the then-five-year-olds would have heard an estimated 1.4 million more words than their counterparts who parents didn’t read aloud to them.

Young children whose parents read them 5 books a day enter kindergarten having heard ~1.4 million more words than kids who were never read to, a new @OhioState study found. https://t.co/ehUQCCZ9Z4 @OSUehe

Jessica Logan, lead author of the study and assistant professor of educational studies at The Ohio State University, said, “Kids who hear more vocabulary words are going to be better prepared to see those words in print when they enter school.” Logan also added, “The word gap of more than 1 million words between children raised in a literacy-rich environment and those who were never read to is striking.”

And if you’re wondering what the difference is between reading to your child and talking to them, Logan said, “The words kids hear from books may have special importance in learning to read.” So go ahead and buy those board books—or borrow them from your local library—and snuggle up for story time!