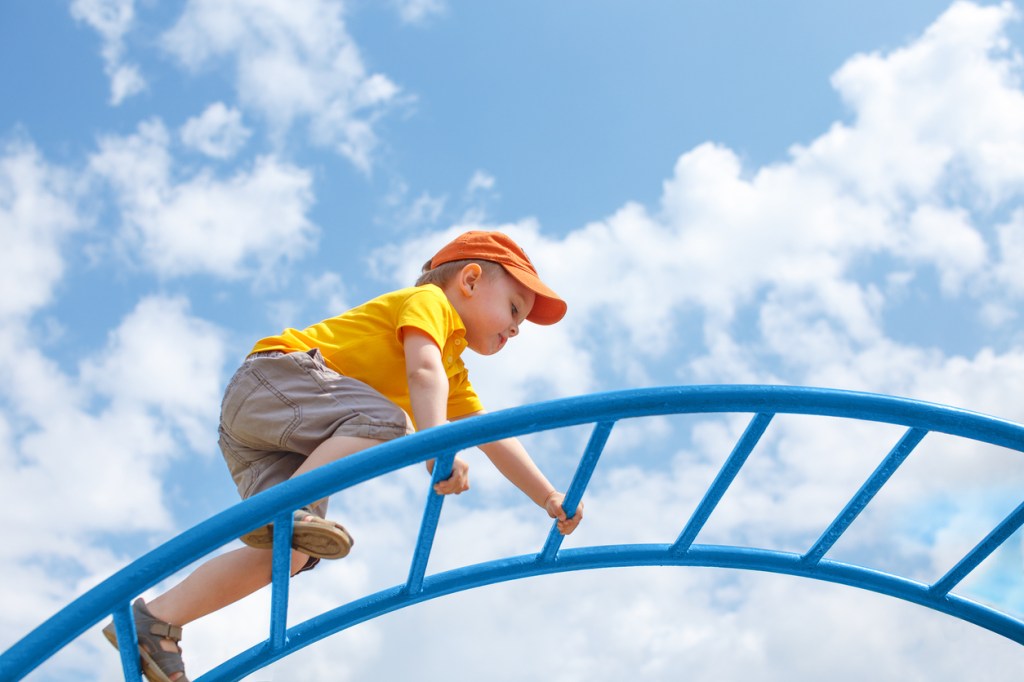 But of course, it must be done—so I tiptoe into his room and sit down on the side of his bed, allowing myself a moment before the day begins. He still looks like a little boy in these quiet moments—all rosy cheeks and tousled hair, his small body curled beneath a Lightning McQueen blanket, a raggedy stuffed dog flopped by his pillow.

I run my fingers softly through his hair and say, in my most gentle voice, “Good moooooorning, Alex*. Time to wake up.”

And then, like always, my beloved nine-year-old son rolls his body away from me, his blue eyes shut tightly and says: “SHUT UP.”

This is how our day begins.

This is me parenting my child with Oppositional Defiant Disorder, also known as ODD.

For those of you who don’t know, ODD is a diagnosis given to kids who exhibit “chronic aggression.” To outsiders, they’re the “mean kids.” The “tough kids.” The “spirited” kids. Clinically-speaking, they’re the kids who often defy requests or rules, who deliberately annoy people, who blame others for their own bad behavior and who “may seem to feel most comfortable in the midst of a conflict, ” according to this article.

For me, having a kid with ODD means that every every walk to school is fraught with insults (toward me or his two younger siblings). It means every car ride ends with at least one child crying. It means every day I try my hardest to have patience but, inevitably, don’t. Because how can you not lose your cool when your nine-year-old just told his little brother that he “wished he wasn’t born”—all because he wouldn’t let him play with his yo-yo.

It means all the parenting techniques my well-wishing friends give me won’t help a child who doesn’t think like other children.

It means I fail on a daily basis to make my child happy.

It means (and this is the part that is the hardest to say out loud) that while I love my child with everything I’ve got—there are times when he’s hard to like.

“Living with a child who has these emotional issues can make life at home astonishingly challenging,” writes Psychologist Seth Meyers in this Psychology Today article. “Daily life can feel relentlessly frustrating, chaotic and draining. At home, this child at, say, age 6, 10, 12, refuses almost all parental demands. They refuse to take a bath; they refuse to do homework; and they refuse to do chores.”

“Witnesses might understandably wonder, How could you let your child talk like that?” Meyers adds.“The reality, however, for parents with this type of child is that they are trying to manage something that feels impossible.”

Much of the time, Alex operates like he’s a spring-loaded trap ready to snap. One tiny mishap may ignite a fire of emotions. One thing that doesn’t go his way can set off a spiral of bad behavior that is only undone by turning on the TV and letting him get lost in it. Yesterday, for instance, he slipped into a puddle after school and then spent the next 20 minutes calling us “idiots” and noncommittally bopping his brother and sister on the head like one those mean cats who swats at you every time you walk by and accidentally ruffle its fur.

The good news? It’s not all his fault. Brain scans of kids diagnosed with ODD suggest that they have subtle differences in the part of the brain responsible for reasoning, judgment and impulse control. And, according to the American Academy of Child & Adolescent Psychiatry, these kids may have trouble identifying and interpreting social cues and consequently “tend to see hostile intent in neutral situations.”

“These kids aren’t trying to be ‘brats’ or kids who ‘rule their parents’ lives,'” said author Whitney Cummings in this Psych Central article. “They’re just trying to cope with what their brain has given them as a priority. They feel the need to control their environments in order to feel safe.”

I remember going in for a 3D ultrasound when I was just 12 weeks pregnant. The kid hadn’t even been born yet and—I kid you not—he spent the whole ultrasound session tirelessly hitting his tiny hands against my uterine wall as if he were trying to punch his way out. At the time, I found this strangely adorable: awww, look! How cute! He’s a fighter! But now I think that maybe he was restless from the beginning.

When he was born, he was colicky. He fought sleep and baths. He screamed during car and stroller rides. He didn’t like being held. He nursed fitfully.

Around five months old the colic went away and we had year or so of relative normalcy: He smiled. He stood. He said “Mama” and “Dada.”

We cheered on his firsts. We delighted in his giggles. We loved his spirit. And then, just before he started walking, he started having these weird spasms where his whole body would shake in bursts.

I rushed him to a neurologist, fearing the worst. After a thorough exam, the very kind doctor told me that it was just Alex’s temper.  He “just doesn’t like being a baby.” The doctor wished me luck. Because, of course, the spasms went away, but the temper didn’t.

We took him to multiple therapists. We had weekly sessions where he drew pictures of his feelings and we talked about what was happening at home. And while he clearly loved being with us for that one-on-one time, it didn’t change the fact that he argued through every moment of every day. Conflict was simply his resting state.

We considered that he might be on the spectrum. We wondered if he was anxious or depressed. I even Googled “sociopathic symptoms in children,” because, I insisted, surely there was something wrong. Kids aren’t supposed to be this hard. Eight-year-olds aren’t supposed to wish their mommies were dead—their hands pulling pretend triggers in the air—all because they aren’t allowed a Laffy Taffy before dinner.

When finally a diagnosis came, I wasn’t sure what to feel. I had wanted an easy answer, a quick fix. Instead I got a label that doesn’t really do much except say, “Yep, your kid is mean… And I know you’re exhausted… but now you’re going to have to work really hard to make this better.”

Because if ODD isn’t addressed when kids are young, it can evolve into “conduct disorder,” which is where the big troubles really start (these kids do things like set fires and commit crimes). Thankfully, intensive therapy and parent coaching can help turn kids around before they get there.

It’s going to be a long road. But we’ll be there for him every step of the way because we love him. And when it comes down to it, all we want is for him to be happy.

One of our therapists told us once that our children choose us for a reason. I think about that a lot. I think maybe Alex chose us so he could teach us patience. Understanding. Unconditional love.

I know that somewhere inside all that defiance is a little boy who needs us. Who loves us. Who wants to be good.

We just have to help him get out.

*Not his real name.

ABOUT THE WRITER Mia E.
Mia is a freelance writer and mother of three. She writes about her journey parenting children with Oppositional Defiant Disorder and other related conditions because she wants other parents to know they are NOT ALONE.
MORE FROM Mia: