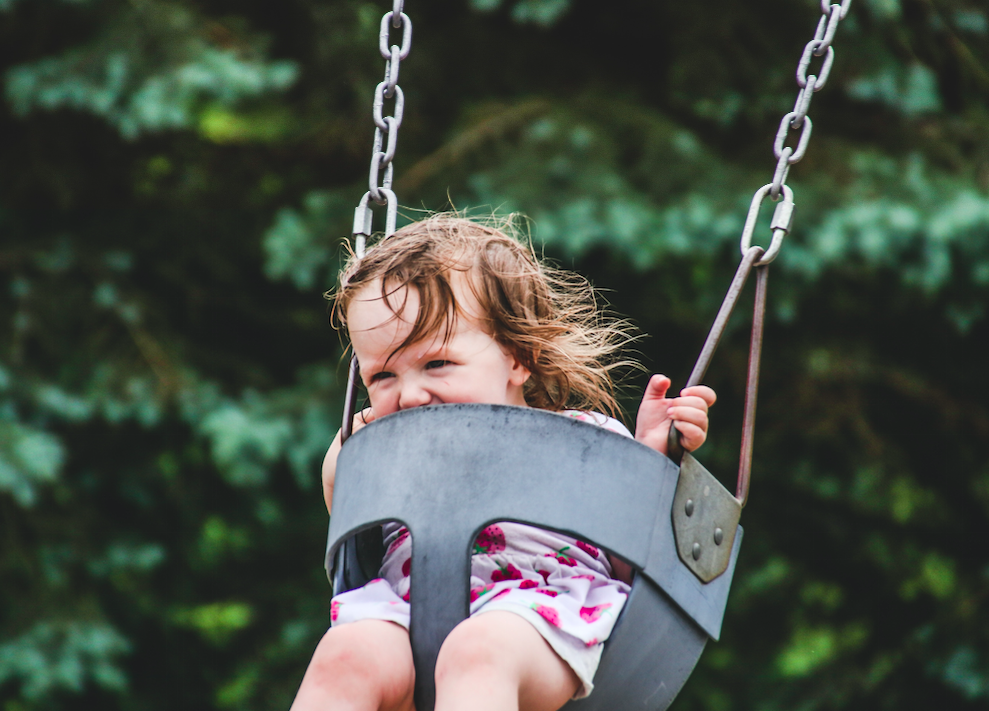 “It’s just four days,” my daughter said over the phone. “I know it’s a lot but we need to get away.” I couldn’t say no. My mother did the same for me, often, but with two kids not one. “Of course,” I replied trying to keep my voice calm.

Baby Ruby was just a few months short of two. Caring for her wouldn’t be a problem. After all, I have a Masters in Education and a Specialists Certificate in Early Childhood Education. Making friends with her might prove more difficult. I never got smiles or chuckles from my youngest grandchild. All I got was a furrowed brow and lots of frowns. The first thing she did when I answered the door was cry.

The plan was the parents would stay overnight at my house and then leave early in the morning. I took her for a walk to the park while they made their escape. “She loves the swings,” her mother said. She didn’t with me. She pointed to the stroller, shaking her head and called for her Mama. This might be worse than I thought.

Naptime was to begin with a story that she subsequently pulled from my hands and threw to the floor. She pointed to the TV and against all of my child-rearing practices I gave in. She fell asleep, while I followed the plot of Paw Patrol.

She looked around and called for her Mama most of the day, distracted by cherries, cookies and the squirrels in the yard. That night she cried heartily for her mother and my heart broke.

“Mama is in an airplane,” I said trying to explain her absence. That concept stopped her tears. She pointed to the sky and made the circular motion of flying. “That’s right,” I said, putting her in her cot. “Mama’s in an airplane. You lie down and she’ll be back tomorrow.” I knew a toddler’s sense of time wasn’t that well established for me to get caught in the lie.

She woke in the night crying. I reassured her, ‘Nana is here, Nana is here.”

“Mama’s in an airplane,” I repeated.

She pointed to the sky, made the circling motion, lay her head down and went to sleep.

I turned to the single bed in her room instead of making my way back to my own. We woke together rejoiced at the excitement of breakfast, dressed and went to the swings.

Her vocabulary began to emerge, shaking her high chair to demand “din-din”. I cooked everything her mother said she would like. She didn’t. I dropped a wooden spoon and she smiled. I dropped it several times more. She ate a cracker and a slice of cheese.

I introduced her to the huge plastic container of toddler blocks and we build a tower. The words stacking, collecting, carrying and pushing floated to mind. Outside we collected pine cones in a basket, stones in a bucket, and she pushed her own stroller to the swings.

An airplane flew over. She looked up, pointed and frowned. Then she pouted and said Mama. “That’s right,” I said, “Mama’s in an airplane.”  I kicked the red ball on the grass and she went after it.

The nights became easier as she volunteered to lay her head on my chest as we rocked. I shook my head when she pointed to the TV and she got the message. Stories, the very love of my life were somehow verboten, as was singing her a lullaby. Perhaps that was such a special time with her Mamma, I wasn’t to intrude.

She learned where I kept the Tupperware and what kitchen drawers she was allowed to investigate. I handed her wet socks to put in the drier and she would put anything you wanted in the garbage, along with a few things of her own.

She spied my phone sticking out of my purse and held it to her ear as she walked around talking gibberish. When she saw my tablet on the coffee table, she brought it to me, puzzled that I didn’t welcome the gift. “You are my little computer,” I told her. “That’s all I need right now.”

While waiting for the magic moment of her parent’s arrival we were rolling on the floor laughing. It started out as Ring-Around-the-Rosie, but being two the “all fall down part” was the most fun. Having had a knee replacement, I couldn’t do this part until I stumbled and came down. She shrieked with glee and piled on top of me.

Her Dad came first. Her eyes opened wide and she put her arms out and said, “Dada.”

Her mother came behind. Ruby burst into tears. My daughter ran to her and picked her up. “I missed you so much,” she said. Ruby sobbed into her mother’s bosom.

She wouldn’t let go of her mother for the rest of the day, nor would she have anything to do with me, crying if I even came near. It broke my heart to end her stay on such an emotional note.

I tried to kiss her goodbye but she shot me a glare, turned away and buried her face once again. She refused to get in her car seat and held her arms out when the buckles closed. Just as I turned to go into the house I heard it.

“Nana!” a small voice called out.

This time the tears were mine.

This post originally appeared on The Globe and Mail. 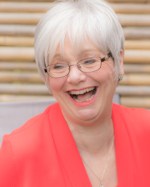 Three boys and a girl call me Nanna. Nanna with 2 n's like Jennifer. I have no role to follow as my grandparents only lived in photographs. Having been a school principal I walk the line between rules and ridiculousness! I prefer being ridiculous and so do they.
MORE FROM Jennifer: