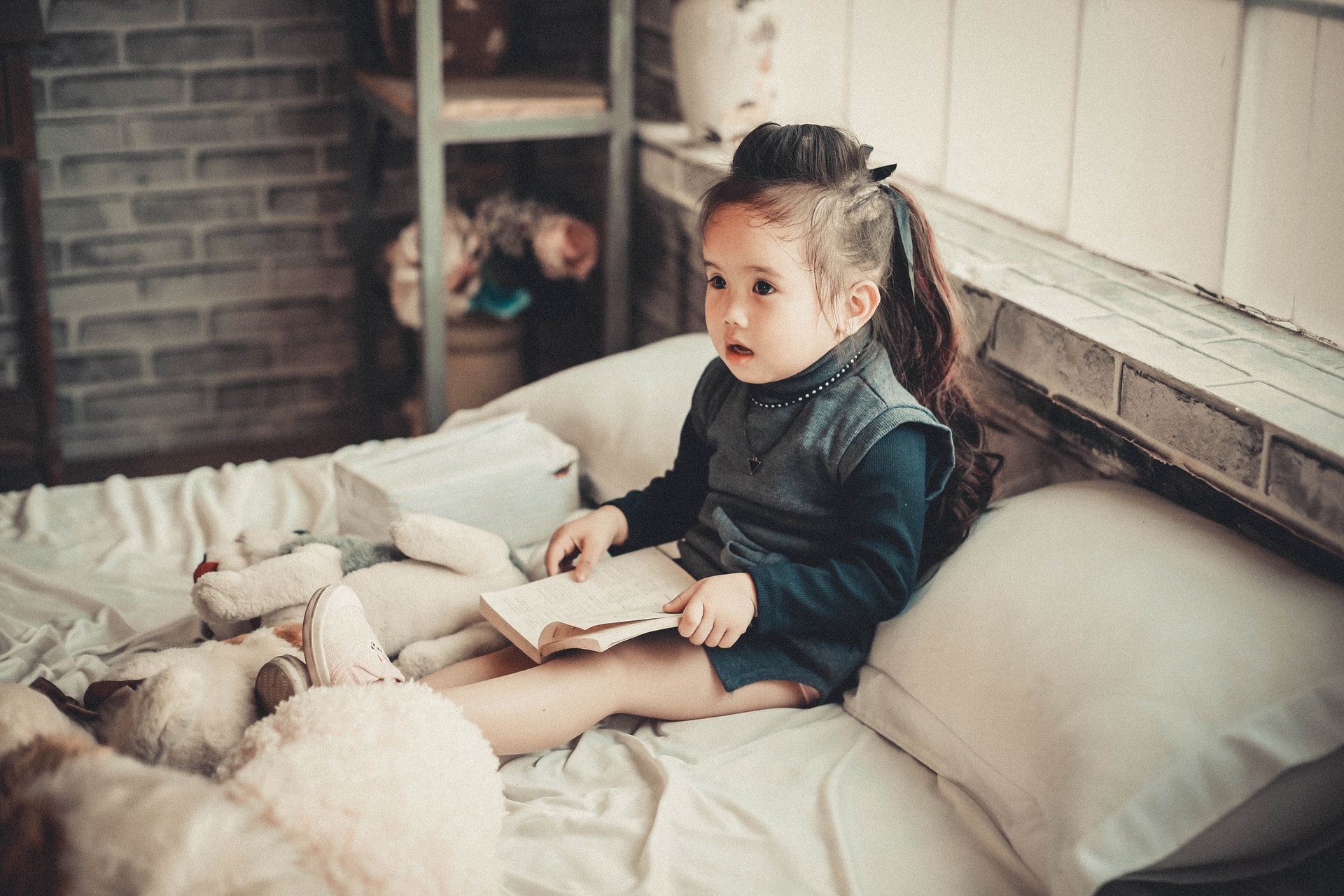 It wasn’t even 10 a.m. yet and I’d already found a way to crush my daughter to her core. My guilty offense? I didn’t let her watch a fourth—yes I said fourth—episode of her favorite early morning cartoon.

We’d eaten breakfast, cleaned up after breakfast and were ready to transition into the next part of our day, but there she was, still parked in her pajamas in my bed, bowl of half-eaten oatmeal beside her and her favorite purple stuffed teddy bear behind her head.

I grabbed the remote control and turned the screen to black. Immediately, the kickback began. It started as an innocent request to please watch one more show, which I promptly, albeit politely, declined.

Then, this precious toddler, whose hair I tuck behind her ears over and over again every night to help her fall asleep, who melts into a puddle in my arms multiple times a day and tells me at least once an hour how much she adores me, hurled a pretty impressive insult at me.

“You are not my mommy anymore!” she declared. “I’m going to get a new mommy and you are going to go live in the woods!”

Truth be told, my first thought was to praise her imagery and imagination. But that pride quickly turned to just a little bit of shame. I looked down at my leggings, stained with spilled milk. I took a quick look in the mirror and saw my unwashed hair, still in the same mom bun I threw it into the morning prior. And here I was on a random Tuesday in early February, insulted by someone more than 25 years my junior.

Had this been a peer, I would have quickly retaliated with a list of all my accomplishments. I’d have shown them my master’s degree and extensive resume. I’d be quick with a witty comeback and everything would roll off my back.

But those accolades don’t impress someone who thinks Minnie Mouse hung the moon. These are the times when my self-worth can teeter on dipping more than just a little. It does the same thing when I log onto social media and see my friends from school pursuing careers and finding professional success and I remember fondly the days when I used to zip up my own pencil skirts and slide into my loafers and hold three conference calls before my first cup of coffee had a chance to cool.

Now, I wake when the babies do and I spend my day on the floor with them, chasing them around the house begging them to take a bite of something I made or bargaining with them to put on their shoes so we can leave. If I sit and think about it long enough, those nagging feelings of inferiority can creep in and I start the detrimental game of comparison in which nobody wins.

Yet, in times like those, when it seems I have nothing to offer the world except 12,512 photographs of my days at home (that’s the actual count on my phone), I have to remember not only who I am, but who I’m here for. I’m here for her, with the wispy bangs and plump baby cheeks. I’m here for him, with the adorable giggle and the mischievous side-eye.

I’m the one they run to when they have good news or someone was hurtful to them on the playground. They climb on the back of the commode to play hairdresser and style my hair in the morning and every night, they look to me for a story and a glass of milk before I tuck them in.

One day, I hope they’ll let me curl up on their bed as they recount their first date, where they’re thinking about applying to college, some life lessons they learned after their first time at camp or why they’re in a spat with their best friend. The thing is, if I want that bond later, I have to cultivate it now.

I can’t forget that no matter how much it feels like the world is passing me by, or I’m a little behind the eight ball, that raising babies is sacred and hard work. That holds true whether you’re a stay-at-home mom, a work-from-home mom, or a mom who goes into the workplace every day. It’s difficult and challenging and there are days when I actually start a timer that counts down to bath time, but ultimately, we’re so much more than “just a mom.”

We’re women finding balance the best way we know how. We’re waking early, getting to bed late and trying to fit as much into the time we have with our families as possible.

So tomorrow, if I’m once again banished like a fairy tale witch sent into the woods, I’ll remember the princess who sent me there and the knight in shining armor who calls her “sister.” Then, I’ll accept my journey into the unknown and unfamiliar with confidence.

I’ve been walking that path for a while now, sweet girl and I’ve been doing just fine.

Hi, y'all! I'm Courtney. I'm a mama of two, married to my high-school sweetheart and making a life in the little town I grew up in. I'm a writer by trade, but a mama by heart. I love chocolate and I love family. Let's navigate this crazy, messy, blessed journey together!
Red Tricycle > Parenting > Baby Help > When Being Her Mom Just Isn’t Enough for My Little Girl