When I Realized I was Teaching my Son to be Sexist 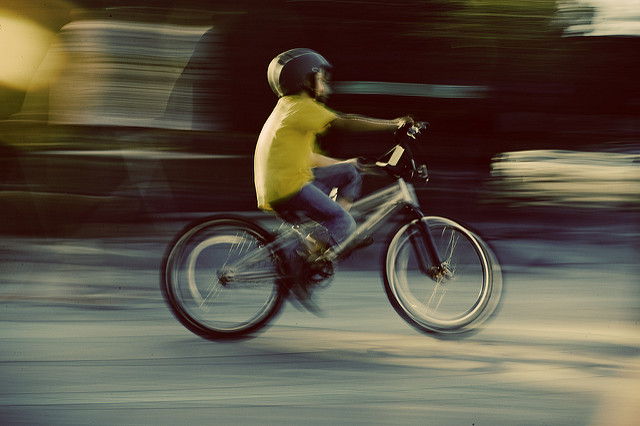 Twelve years old, I was riding my bike down our neighborhood hill as fast as I could. I remember beating my neighbor friend to the bottom of the hill and enjoying the thrill of winning against him. He was one of the “wild” kids in our little tribe and my girlfriends and I never really went over to his house to play. Unless he asked us to jump on the trampoline.

But he hated to lose and let me know about it too. To restore his manliness, he wanted to race down another hill not too far from our spot. The hill was far enough away on a busy road and I remember not being comfortable competing against him anymore. That’s when I heard it for the first time. P*ssy.

I cringe as I write it now. I remember the feeling it gave me. I felt like I got punched in the gut. I felt bad for being a girl. I didn’t know anything about sexism and feminism but what he said never left me.

Why is it as a society we find satisfaction in insulting others by using feminine vulgarity? You’re a bitch if you’re in a bad mood. Your ex-girlfriend is a c*nt because she broke up with you. You play ball like a girl. You’re a p*ssy for not racing that boy down the hill.

Why does it matter? Using these kinds of terms perpetuates a weaker view of women and skews upcoming generation’s view of the female sex. Calling someone a “p*ssy” instantly denotes a weak feminine counterpart. As if you’ve been called a girl and that’s somehow incredibly insulting.

Not just a girl, but a girl’s vagina which, I don’t know about you, but our vaginas are pretty amazing. I mean, my son came out of there. And for some reason, a teenage kid thought calling me a p*ssy was a good insult. Hmmm. Wonder where he got that idea. 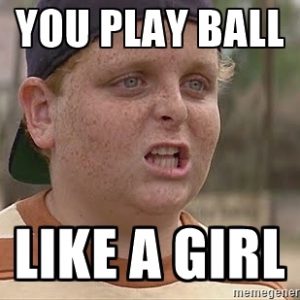 While many worry about what celebrities and politicians say, you don’t see a lot of people talk about how their favorite popular teen movie had sexism in it. You don’t hear many talk about how their grandparent is a blue collar racist. No one wants to take that hard of a look at themselves.

I don’t really remember my parents running around spouting off gender degrading comments, but I’m sure they did. I do not doubt that most of my gender stereotypes came from TV and friends, especially growing up.

Unfortunately, there was a time when I had never thought too much about these degrading terms until I had a son of my own. I remember we had been playing in the front room and my husband made a comment about someone on TV  “crying like a girl.” For the first time I saw that I might be contributing to the problem.

Taking a hard look in the mirror, I realized that what I do and say could have my son imitating that twelve year old neighborhood jerk. I about threw up.

When my husband made that comment around our son, I knew we weren’t going to be talking like that in this house. Not anymore.

How do we break the cycle? The simple answer: within our homes.

I want to educate my son on respecting ourselves and the opposite sex. I want to live an honest life in front of him that shows integrity towards the male and female sex. As a family, we have to decide what that will look like and how we will cultivate an atmosphere of respect towards others. I want to empower my daughter to stand up against those that would slander her using feminine vulgarity.

In my home we won’t need to tear down each other by degrading their gender and using stereotypes.

And if my son gets beat by a girl in a bike competition, I hope he’ll tell her congrats and not “take it like a man” but authentically respond like a child should. Tell her she cheated.

What about you? Have any memories like this? How will you approach this with your children? 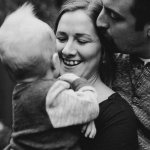 I used to call myself a runner, but now I'm a toddler chaser. I married my high school sweetheart who insists that dirty clothes can be left on the floor. Once I was a teacher of teenagers and the greatest thing I taught, I stole from S.E.Hinton who said "Stay gold, Ponyboy, stay gold." Writer at www.gloryannaboge.com
MORE FROM Gloryanna:
A Love Letter to my Husband, That Time I Started Crying in Chick-Fil-A, Why I Quit Rolling my Eyes at My Husband's Sports Obsession
Red Tricycle > Spoke Contributor Network > When I Realized I was Teaching my Son to be Sexist