When Life Gets Hard I Cherish the Simple Moments 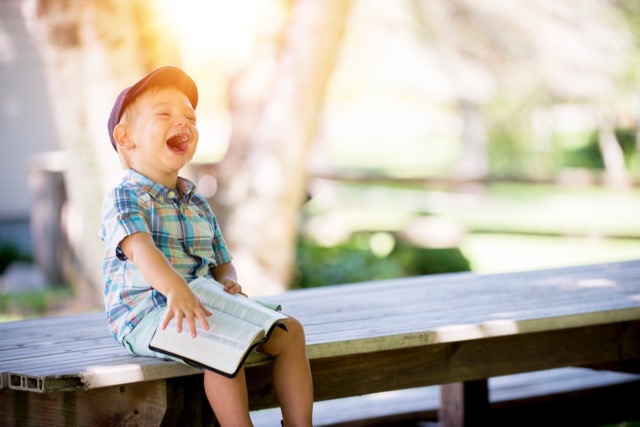 Although my life is generally sweet, in 2010 fate had handed us a lot of bitter. That summer, we were being sued over a little French Bulldog we had adopted (long story), we were in a financial crisis, our septic system had failed and flooded our front yard, and flies were everywhere (think Amityville Horror) — and that was just for starters. For weeks, I’d been buried in trial prep and crisis management phone calls. As much as we try to shield our children from the stresses of life, we knew our five-year-old Evan felt the strain we were under, so we clung to every bit of “happy” and “normal” that we could. Not that I was in denial, but I wanted to show my kids that when life is kicking your butt, you still can choose to celebrate the good parts.

In the middle of all the chaos, it was my oldest daughter’s birthday. On the day I was throwing her a party, I had to rush my dog Stitch to the vet with some mystery illness, and got a call that my close friend Anita was in the hospital. Through it all, I could tell Evan was feeling pushed aside. The next morning, I was on the phone with one person after the next trying to figure out our next step for our trial, when Evan tapped me on the shoulder.

I cupped my hand over the phone. “What is it Honey? I’m on the phone.”

“Mommy, did you know that it’s Tom’s birthday?” I put down the phone.

Oh — in case you didn’t know, Tom is Evan’s sock monkey. Yes, apparently it was Tom’s third birthday. Evan explained that Tom had been feeling a little left out, and that he should be given a proper party. Of course, this was the last thing on my priority list — but really, there was nothing more important. So while Evan was at school, Tom and a few of his fuzzy friends set up a little soiree.

When Evan returned from kindergarten that day, his eyes grew wide. Tom and his furry peers were seated around the table. Streamers hung from the chandelier and a plate of cupcakes sat in the center. “Did they come alive while I was at school?” he asked. I just shrugged, and feigned surprise along with him. Evan and his friend Olivia made decorations and cards, ate the cupcakes and sang happy birthday. It was quite the shindig, and Evan said Tom was very pleased.

Later that night my girlfriends called to see if I was too overwhelmed to host our usual Monday night painting group. Quite the contrary, I said. I can’t think of a better time for us all to be together. So they came, and we talked a lot about the trial, and injustice and other things. We drank wine, painted, commiserated, and even laughed. And then we stood in a circle, held hands and prayed for Anita.

We all fall on hard times. We don’t get to choose the things that happen to us, but we do get to choose how we react. But when life is bitter, I choose to cherish the small moments, for it’s those simple, sweet moments that make the worst ones survivable. In spite of what life may hand me, I can still choose to love my husband and kids, to cherish my friends, to eat good food and drink good wine, to laugh, to celebrate a sunny day, and above all, to take a half hour out of my busy life to throw a sock monkey party. 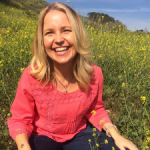 Hollye managed to get a few books published (Fire Season and Dancing at the Shame Prom) while her kids were at school. Her articles have been published in Huffington Post, Feminist Wire, Writer's Digest and more. She lives in L.A. with her husband, kids, and a geriatric cat with dementia.
MORE FROM Hollye:
Adventures in Parenting a Spirited Child, My Six-Year-Old's Tough Lesson About Honesty, The Questions of a Child
Red Tricycle > Spoke Contributor Network > When Life Gets Hard I Cherish the Simple Moments