If you haven’t yet seen the internet sensation that is The Wonky Donkey being read aloud by a grandma, you need to stop everything and check out this hilarious YouTube video below.

A sweet video of Scottish grandmother Janice Clark reading Craig Smith’s children’s book The Wonky Donkey to her grandson recently began making the rounds online—and now folks are practically falling over themselves to get their very own copy of The Wonky Donkey. 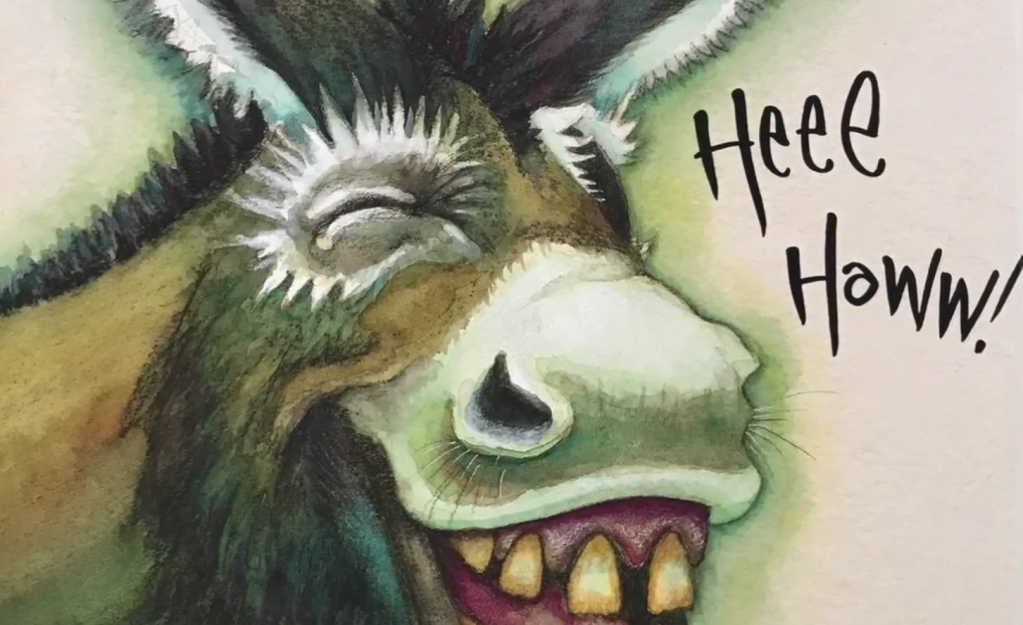 The book, which is about a three-legged “wonky” donkey is actually a song with plenty of tongue-twisting lyrics that add new silly adjectives to describe the donkey as the story goes on. Clark can’t help but erupt in laughter as she tries to read the book out loud to her four-month-old grandson. “Oh dear, how can anybody read this seriously,” she says. “This is going to kill me.”

The book, which has been flying of the virtual store shelves, was originally published in 2009—so Craig’s publishers have been rushing to reprint the book in New Zealand and the United Kingdom with as its been recently rediscovered by new audiences around the globe.

The book is now officially sold out on Amazon in both the United States and the United Kingdom. Used copies on Amazon are currently listed for hundreds of dollars. You might be able to find a copy on Ebay, but even those are selling for quadruple the list price.

If you’re hoping to score a copy, you’ll have to wait until it’s back in stock or try to get lucky at your local independent bookstore, secondhand book shop or library. Meanwhile, you can download the silly song for free via the Scholastic Books website here.

The Best Indie Bookstores for Kids in Every State (& D.C.!)