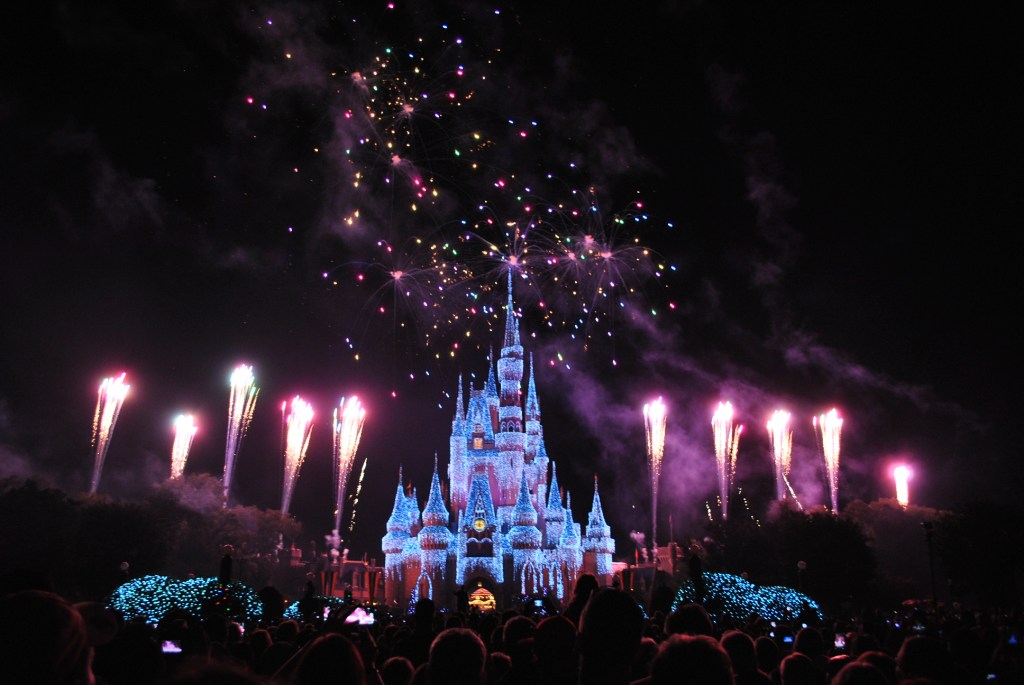 As if Disney World wasn’t magical enough, add in New Year’s Eve fireworks and you have a recipe for an even more memorable night. If you’re planning on spending the last night of the year/first morning of the new year at one of Disney’s resorts, you need to know one thing and one thing only — where to watch the fireworks. Okay, so that’s not all you need to know. You might also have an interest in knowing what else is going on in the Magic Kingdom and Disney’s other parks.

So what does Disney have in store for you, your kiddos and the rest of the fam for New Year’s Eve? Guests at the Magic Kingdom Park can enjoy “Fantasy in the Sky Fireworks” in front of Cinderella Castle on December 30 and 31. Both nights’ fireworks will start at 11:50 p.m. If your littles just can’t manage a late-night fireworks date, the park will have an earlier show (on both December 30 and 31) at 6:30 p.m.

Along with the fireworks, you can also enjoy a Frontierland or Tomorrowland dance party until midnight on New Year’s Eve.

When it comes to New Year’s at Epcot, families have plenty to choose from. Countdown to 2018 with fireworks, starting at 11:40 p.m. on December 31. Epcot will also feature a DJ dance party at the American Garden Stage, Future World Fountain Stage and throughout the park. And if you’re up for eating your way into the new year, there’s a major buffet dinner in the World Showplace. You’ll need reservations for this dinner though.

Disney’s Hollywood Studios is also ringing in the new year in a pretty magical way. Groove to a DJ dance party in front of the Chinese Theatre, starting at 7 p.m., watch the holiday show Jingle Bell, Jingle BAM! at 8 p.m. and (if the kids are still awake) watch Star Wars: A Galactic Spectacular at midnight.

What’s your family planning to do on New Year’s Eve? Tell us in the comments below.