Who is Sneaking Into Neighbor’s Garage to Steal a Hug from the Dog?

We can’t deny that Josh, from Pierre Part, Louisiana, is the cutest bandit of all time.

It began when Hollie Mallet, homeowner and dog-mom, noticed the adorable encounter when scrolling through her home’s security footage. She posted the (now viral) video of a boy sneaking into her garage, hugging her dog, then making a quick escape on his bike.

Hollie asked Facebook if anyone knows who her dog’s new pal is, and one mother spoke up. Read the conversation below. 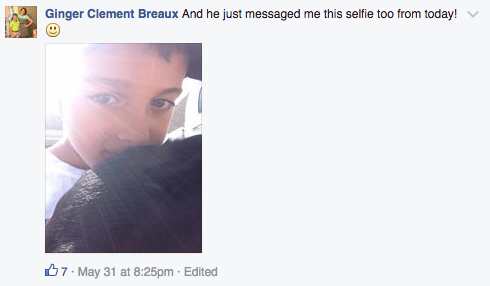 Hollie is thrilled her beloved black Labrador has been able to fill that void for Josh.

Do you have a family dog? Tell us in the comments below!

Red Tricycle > Uncategorized > Who is Sneaking Into Neighbor’s Garage to Steal a Hug from the Dog?