What You Need to Know About the Whole Foods Meat Recall

Whole Foods is known for its array of organic and sustainable products and foods, often striving to support local farmers and vendors where possible. But, as with any major grocery store, that doesn’t come without risks, including the risk of food-borne illnesses.Here’s all the important info. you need to know about this Whole Foods meat recall.

On Mar. 2, Olli Salumeria Americana Firm recalled nearly 4,000 pounds of ready-to-eat meat products, sold at Whole Foods stores in 29 states and the District of Columbia. These products—which included everything from chorizo and soppressata to salami and pepperoni—were recalled due to a possible Listeria contamination. 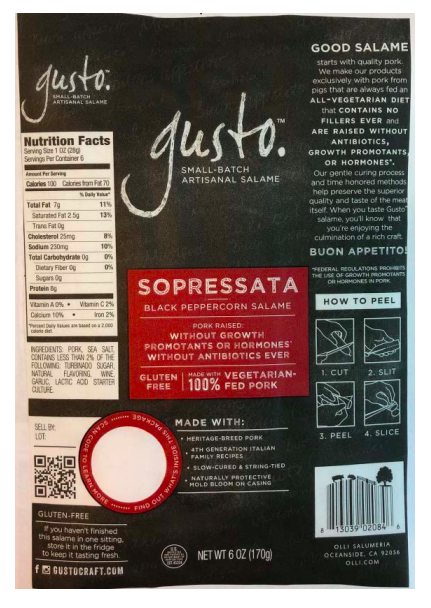 Which Products Were Recalled?

The products affected by the recall include 6-ounce packages of various “Gusto” labeled salami products, as noted below:

Why Listeria Is So Dangerous

Foods contaminated with the Listeria monocytogenes bacteria can cause listeriosis, which is a serious gastrointestinal infection that can cause miscarriages and stillbirths in pregnant women. For people with compromised immune systems or the elderly, complications from listeriosis can be fatal.

What to Do If You Have Recalled Products at Home

First and foremost, don’t eat them. The U.S. Dept. of Agriculture recall notice urges people who have any of these products to either toss them in the trash or return them to the store where purchased.

Have you been affected by this Whole Foods meat recall? Sound off in the comments.

Which Instant Pot Models Have Been Recalled? Some of Them Have Reportedly Melted