Why Boys Should Read ‘Girls’ Stories’ Too 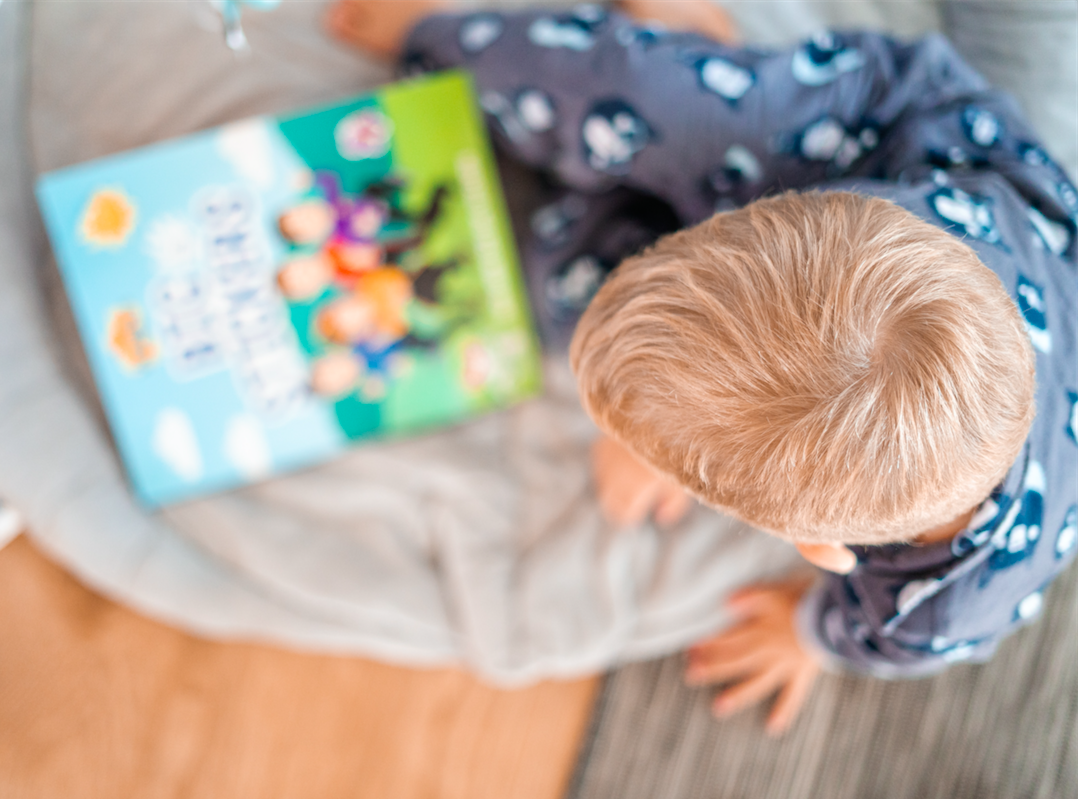 Female-centered stories don’t only benefit girls. Shannon Hale, the New York Times best-selling author of some 30 children’s and young adult books, noticed something as she toured the country: Boys didn’t seem to be reading her books, and it was mostly because adults thought they wouldn’t want to.

As Hale wrote in the Washington Post, “It’s clear that our culture assumes: 1. Boys aren’t going to like a book that stars a girl. 2. Men’s stories are universal, while women’s stories are only for girls.”

But that’s not always the case. With a little effort, plenty of parents of boys have made “girl stories” resonate for all involved.

Iva Marie Palmer, author of the YA series, Gabby Garcia’s Ultimate Playbook, and a mother in Los Angeles, has been reading stories with female protagonists to her eldest son since he was born, and has continued with her younger son. Palmer read A Wrinkle in Time to her eldest, around age 3, but Harriet the Spy really captured her son’s imagination. “He was 5 or 6, and kind of a mischievous kid who might be interested in that character, I thought,” Palmer said. “I wasn’t really even thinking, Is this a boy book? Is this a girl book?”

Later, he took to the Ivy and Bean series, after a teacher read one in class. “He checked out six or seven of them,” says Palmer. And his enthusiasm proved infectious. “Other boys, when they see a boy reading these books, it’s an endorsement,” she said. “Pretty soon all the boys were reading Ivy and Bean.” These books were funny, the plots resonated and the gender of the main characters was beside the point.

This thread follows through to YA readers. At the book events Palmer has attended, there have been plenty of boys in each crowd who have read Gabby Garcia—not despite the fact that it’s about a girl, but because it’s about baseball. Gabby’s bravery, humor, feelings of awkwardness, desire to be naughty, and love of baseball know no gender.

Linnea Covington, a mother in Denver, Colorado, has read two series featuring female protagonists to her 4-year-old son: Zoey and Sassafras by Asia Citro, and Princess in Black by Shannon and Dean Hale. “For him, I want good books with strong characters, despite the gender,” she said. “At least he is seeing interesting and strong girls to go with his manly superheroes.”

Some parents leave gender out of it completely, pitching titles featuring female protagonists as “kids’ books” or “classics.” Some—especially those with younger kids—switch the pronouns in the text. Grace Per Lee, a mother of two boys in Burlington, Vermont, said, “The hungry caterpillar, the runaway bunny… they don’t need to be male.”

The context is larger than pronouns, however. “I want them to know that girls and women are real people with wants, needs, challenges, triumphs… the heroes of our own lives,” she said. “We’re not just the supporting characters in books that feature boys and men.”

Nikki Yeager, a mother in New York City whose son is 4, almost exclusively reads books to him with female leads and characters of color. “I believe that he’ll see so many amazing men who look like him represented throughout his life, I want to make sure he gets an equal amount of woman-first content at home,” she said. As an athlete, she’s thrilled that, even at a young age, he’s aware that girls are strong and more than capable. “The other day we were talking about jobs and being a ballerina came up,” she added. “I asked him if he wanted to be a ballerina and he said, ‘I don’t think so. They’re too strong! Only girls can be that strong.’”

Whether through tales of strength, courage, failure, redemption, or something far sillier, these parents are proving that it’s the story that counts—whoever the central characters might be.

“You’re learning about characters and their experiences, whether they look exactly like you or not,” Palmer said, adding that the main point is that kids are reading.

“Kids get it,” wrote Hale. “They just want a good story.”