Why Don’t Men Talk about Infertility? 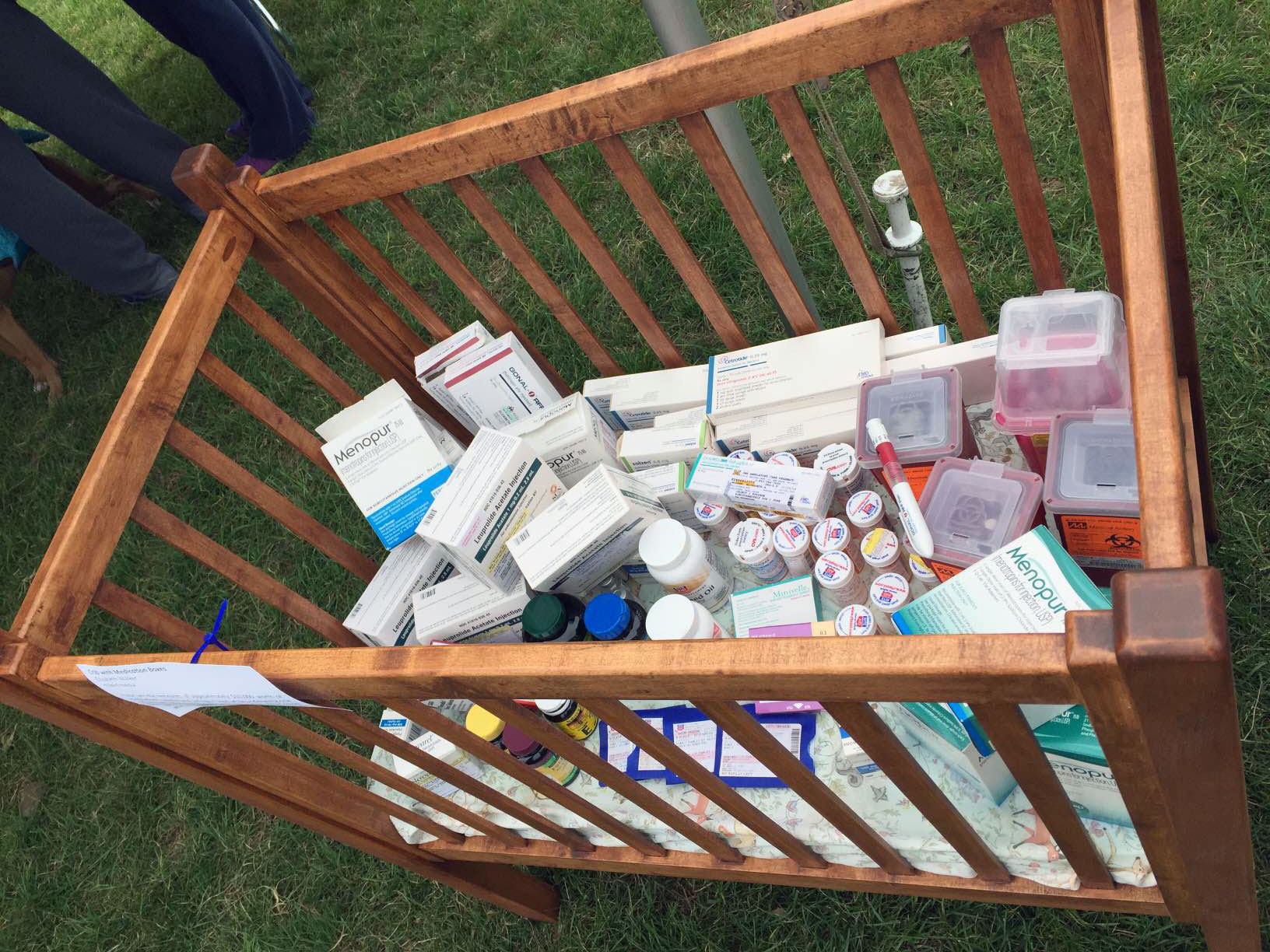 There are several things people seem to “know” right off the bat when it comes to family planning, conception, and infertility.

First you date. Move-in together. Get married. Then you have kids. In that order. At every wedding—“You’re next, when are you putting a ring on it?” from some nosy person. Chill, bro. Don’t try to press me. Then whenever someone wants to know about your sex life, they ask, “When are you finally going to have a baby?” incessantly. I always wanted to ask if they were having unprotected intercourse. But I digress.

First comes the “I’m not trying, but I’m not trying not to” routine. Really, I think it’s just something us guys say because we don’t want to look too eager to get into the parenting thing. Especially for younger couples, it’s easier to say that than to hear, “You have your whole life” when you say you want kids now. But let’s face it, you want kids and you really are giving it the old college try.

Mood: Great. Sex all the time, no more worrying about birth control or any of that business. Just… fun.

Should It Take This Long?

“If you have sex, you will get her pregnant.” You totally expect it’ll be quick! Two or three months tops? Surely it’ll be happening soon. Like, really soon. Let’s give it a few months. What people don’t commonly know is that your odds of conception are only 20-25% each month for the healthiest of people.

Mood: Still pretty good. Because, sex, you know? But maybe we should try something different

This is where the research comes in. Basal body temps, special lubrication, cutting the booze, eating healthier, monitoring cycles. The list goes on. So after 7-8 months, you reach “let’s actually put a plan in place” status. We’re smart people, we can handle this.

Mood: Well, this is slightly annoying. Still, sex. But now it’s planned. And that’s not so exciting.

After 12 months of trying, you now get slapped with the infertility title, by medical definition. We knew it was headed that way, but it still sucks going to the Reproductive Endocrinologist (RE) for the first time. For the wife, it was her feeling like a failure. This goes back to the beginning rule: infertility is a women’s issue.

For us guys, our experience is different. Doctors, nurses, insurance people, etc. all try their best to include the males, but at clinics, the woman is the patient. The woman gets the tests. She has to talk to insurance because the husband isn’t a patient. For me, that was the most frustrating part. Not being talked to as a patient but as the support. Give us your sample and you can go on your way.

Mood: This is such crap. But we’re taking charge, here. Bringing in the experts. As the guy, I might be ignored a bit, but it’s worth it. Also, if you ever posted a baby picture on Facebook, I hated you and probably hid you from my timeline. You’ve since been re-added and I’ve caught up on your awesome journey through parenthood.

On to the Treatments!

Monitoring. Blood tests. Shots. Lots and lots of shots. Have you ever been jealous of someone getting a shot or blood drawn or anything? It’s a very strange experience. If I could have taken my wife’s place as a human pin cushion, I would have. No doubt. It started out gradually with just oral medication and ultrasounds, but then we got into blood tests and a trigger shot (to induce ovulation). And after that, stimulating hormone shots.

Total side note: I got to be a damn fine shot giver. Like, so good. Me doing the shots, in a way, got me more involved in the process. I was less resentful of the whole thing because I actually felt like I had a role in creating my child. But that wasn’t until basically year four of our infertility journey. Years two and three were super shitty. One failed procedure after another, a canceled IVF cycle. It wears on you.

Mood: Our second cycle of IVF was actually a great experience from my perspective. I had a role. A purpose. And everything she was doing wasn’t going to be a complete waste of time and money.

Looking Back at the Whole Infertility Experience

Obviously, I wouldn’t take it back. I have a daughter (who is now an energetic 4-year-old). Gosh, it sure was terrible at times. And other times it was just laughable. Let’s just say that our dignity took a hit between collecting samples and a million ultrasounds.

There’s still a ton of stigma associated with infertility—and that’s the reason I am writing this today.

Yes, men can and do want families just as bad as their wives.

Yes, the woman is the patient. But I am still a willing and necessary part of the equation.

ABOUT THE WRITER Brittany Stretchbery
Family on Standby

I work for an airline, so our our family of 4 flies everywhere on standby. Meaning, we never know if we'll actually get there. It's like travel Hunger Games. We have young kids and were never sold on the belief that you can't travel with little ones.
MORE FROM Brittany:
Flying with a Newborn: Tips for Traveling Like a Pro, Strategies for Stress-Free Travel with Children, Tips for Flying While Pregnant (and Why It’s Not So Bad!)
Red Tricycle > Parenting Advice > Adulting 101 > Why Don’t Men Talk about Infertility?