The littles zip across the playroom floor, swishing capes trailing behind them. They run, tumble, jump and whirl in an elaborate superhero-fueled scene. Whether they’re acting out the newest Marvel movie or are imagining their own scenario starring Spiderman, your kids are majorly into this kind of pretend play. And science says it’s okay.

When it comes to superhero play, science may actually say it’s more than okay. As it turns out, what seems like a simple good versus bad guy routine may benefit your pre-k kiddo in some pretty impressive ways. 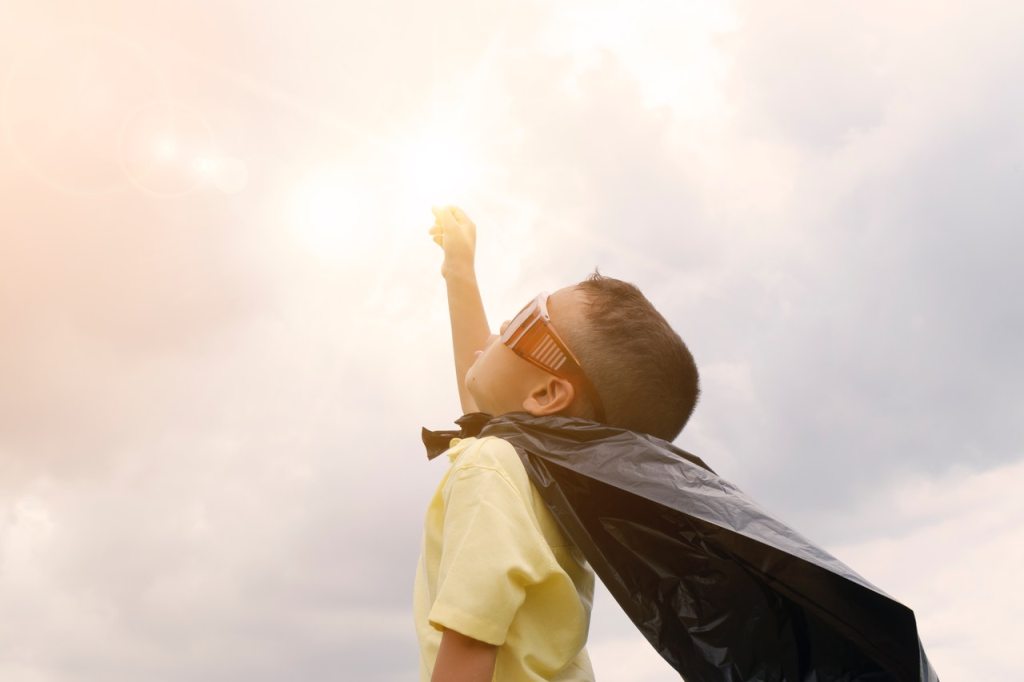 So what can superhero play do for your young child? According to a 2015 article on the subject, published in the journal Pastoral Care in Education, superhero play can help children improve language skills, social skills and problem-solving abilities. Beyond these developmental benefits, this type of pretend fantasy play can also help preschool-aged kids cope with fears.

Your preschooler doesn’t have the cognitive ability to process scary or uncertain situations in the same way that you do. Don’t worry, they will—just not right now. Superhero play allows the young child to take on a powerful role and basically defeat evil. This gives the child the chance to explore a new role and feel a sense of power.

Dr. Gene Beresin, executive director of the Clay Center for Young Healthy Minds at Massachusetts General Hospital, told Romper, “They are beginning to appreciate that in many situations, they feel helpless, fearful, powerless, unable to overcome many obstacles. Many are afraid of the dark, monsters, being separated from parents, or harmed by ‘bad guys.’ They look for ominous creatures under their beds. They worry and fear about being helpless and weak in the face of adversity.”

Beresin sums up this powerful benefit, telling Romper, “By identifying with superheroes, they become strong, invincible, use superpowers, aggression, and other skills to protect themselves, and ally fears.”

Get Ready For a Marvelous Time with Captain Marvel at Disneyland