Why I am Teaching My Children to Make Friends with Fear 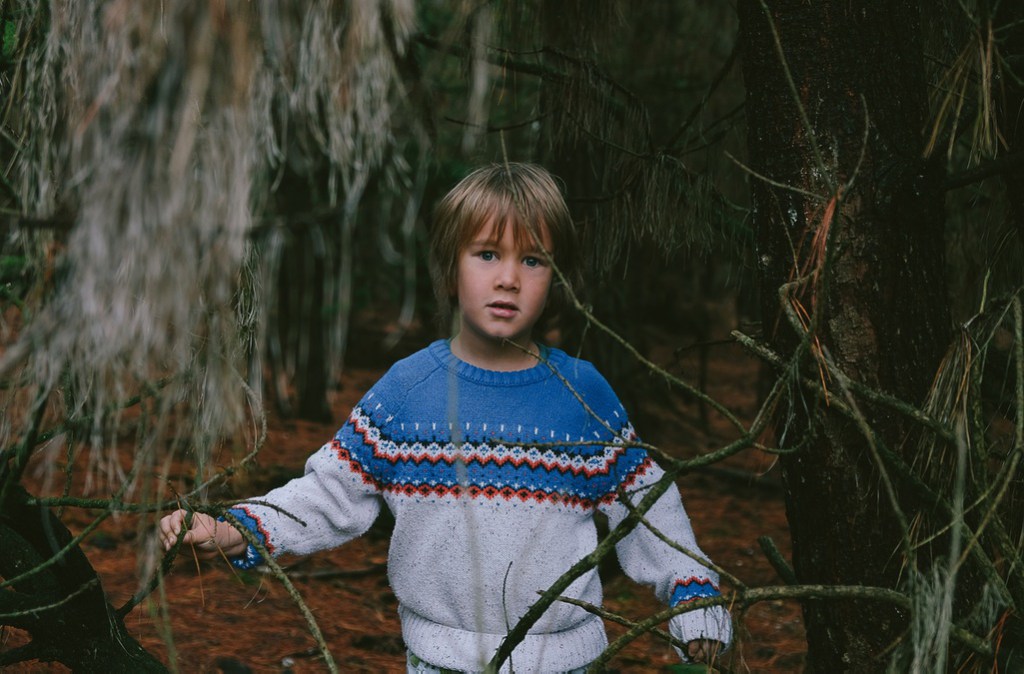 When you make friends with fear, it can’t rule you.

Ben and I had a wonderful time feeding the ducks at the park. When I looked down at my watch, it was 7:03pm. I couldn’t believe two hours had passed in that one brief blink. We’d thrown bread to the mallards and the Canadian geese and stood at a semi-safe distance and watched the little goslings as they waddled along with their mother. Seven of them, and I didn’t see a single ugly one.

He jumped (and I hoped he didn’t see me jump, too) as the mother goose hissed at another goose who had apparently gotten too close to the goslings. The way she ran her neck out, wobbly as it went, almost made her look like a snake with wings. She was protecting her young, and those two pieces of stale bread pulled from the freezer.

A protective parent can be a hell of a thing. Scary. Fierce. Irrational. Intimidating, to say the least. We don’t want anyone or anything to harm our babies. There is no flight, it is all fight, in the heat of the moment.

As we walked along, past the geese and mallards, on the paved path, we dodged goose droppings and Ben showed me how he could waddle like a penguin. “Penguins keep their eggs between their legs like this, Dada. But not the gooses. They lay their eggs in a nest til the babies come out.” He has my sense of humor and imagination, but as he waddled, woods on one side and water on the other, I saw his mama’s smarts.

He even did the blink-blank-bloonking with his eyes and hands. Mama would be so proud.

A father was fishing with his daughter, across the way. The little girl laughed and the man shook his head as he smiled. I hoped we hadn’t disturbed the fish.

“Dada! That slide is the hugest! Will you catch me at the bottom?”

How could I possibly say no?

Fear Causes Us to Freeze

The golden sunlight glowed around the edges of a large oak tree in the distance, as my little boy climbed the metal steps. I remembered how hot the shiny metal would get in the middle of the summer and how it would burn your legs if you weren’t careful. But evening in mid-April is not nearly hot enough for that, even in Alabama.

When he reached the top, he said, “Daddy, put down your phone and water bottle!” I leaned down and sat the bottle in the dirt and slid my phone into my pocket. When I looked up, he was on his belly, feet first, hanging over the peak of the slide, waiting for me to yell “go!”

All at once, in a split-second, he changed his mind and wanted down. Immediately. Toddlers know only immediacy. There would be no bargaining, no negotiations or rationalizing. He was scared and wanted off, now. “Come on down buddy. I’m right here.” I tapped on the metal and the sound reverberated up the metal slide. “Promise?” He had his head barely turned to the side and I could see the shakiness of his bottom lip. “Promise.” And I tapped again.

He pressed into the metal, slowly letting his little body slip down like molasses in winter. Eventually, I could touch his feet. I played piano on his left calf and goosed his booty as he slid further down, his nerves slowly turning to laughter.

He had leaned into his fear and was better for it.

When I was little, no father in Alabama wanted to raise a sissy. I remember hearing things like, “I’ll give you something to cry about!” And thinking how awful it was for a six-year-old to be called a baby. One of the scariest moments of my young life was at a little league game, when the coach from another team picked up second base, in a fit of rage, and threw it as hard as he could at the umpire. I guess some boys really can act like babies.

One thing I’ve learned as a parent is that shaming doesn’t work any better on children than it does on adults.

Ben’s feet landed in the dust at the bottom of the slide and I squeezed him tight. His tiny gray Converse rested between my matching navy. “Dada, look! I’ve never climbed one of those!” He was pointing to an old domed metal contraption just like the one I climbed at Wilsonville Elementary. Some of us kids would sit on the top, while others would hang like the lemurs of Madagascar underneath. I wonder how many peanut butter and jelly sandwiches had been consumed atop that giant metal dome. Or how many middle schoolers had snuck their first kiss right there.

Ben and I walked to it. As he placed his right foot on the first rung, there must have still been some of that fine playground dust on the bottom of his shoe. He slipped. He was still standing on the ground with the other foot and I was right behind him. I knew he was safe, but I imagine in his mind, he felt like the guy on the tightrope, suspended between the two skyscrapers.

That was all the discouragement he needed. “Maybe we’ll do this one next time.” He suggested. “No, come on. You can do it. I’m right here. I’ve got you. This one is real fun.” I held him for a moment before he said, “You’ll stay right here?”

The World is Full of Fear

My little boy isn’t the only one who is afraid. The entire world seems full of fear. Many people are scared to death of anything they don’t understand. Ignorance leads to fear, fear leads to panic, panic leads to hatred, and hatred eventually leads to violence.

Panic over transgender inclusion in public restrooms is the current news cycle crisis. Last Christmas it was fear and outrage by Christians over coffee cups that no longer bore a green sketch of a manger scene. We fear change and people say things like, “This is the way it’s been for 5,000 years.” Yes, and we once argued against drinking water from the same fountain as someone of a different color. Before that, white people owned black people as property. I can’t imagine what will be next, but I can promise you, I will do my very best to teach my son to lean into fear. To learn from what he doesn’t understand.

But maybe it’s deeper than only racism and gay bashing. Fear lies to each of us in different ways.

Here are a few questions… What is everyone so scared about? Instead of freaking out over things we don’t understand, why not ask what wisdom can I gain from things and people that aren’t just like me? What happens if we climb down off the slide? What do people think when we run from fear? Why should we go for it? Why should I deal with past abuse? What if I approach the parent who wounded me so deeply? What does it feel like to others when we lean into our fear, instead of being conquered by it? How does bravery make our lives better?

Bravery to be vulnerable has definitely made my life better. Bravery to go against Christian culture (or any other culture, for that matter) that excludes and excommunicates. Bravery to stand up and say, “I see you, I hear you, and your life matters.” Not only does your life matter, but you are welcome here. You belong here.

“You can keep one foot on the ground. The next rung is only one small step. If you really don’t like it, don’t climb it again. But at least try. You’ll never know just how much fun you might have.” I told him.

Ben was no lemur of Madagascar. He nervously wibbled and wobbled up and over that old metal dome, until he conquered it. That day, I taught my son to lean into his fear and make friends with it.  And that felt really good. We walked back toward the car, our hands swinging between us, me and my little gosling.

Steve Austin is a family man, writer, speaker, and mental health advocate. Did I mention an imperfect parent? Steve is passionate about recovery from addiction, abuse, and the power of second chances.
MORE FROM Steve:
How to Fight Fear and Self Doubt...and Win!, On Target and How I'm Parenting Through Controversial Issues, Bandaids and Baby Skin
Red Tricycle > Spoke Contributor Network > Why I am Teaching My Children to Make Friends with Fear