Why I Love the Term Rainbow Baby 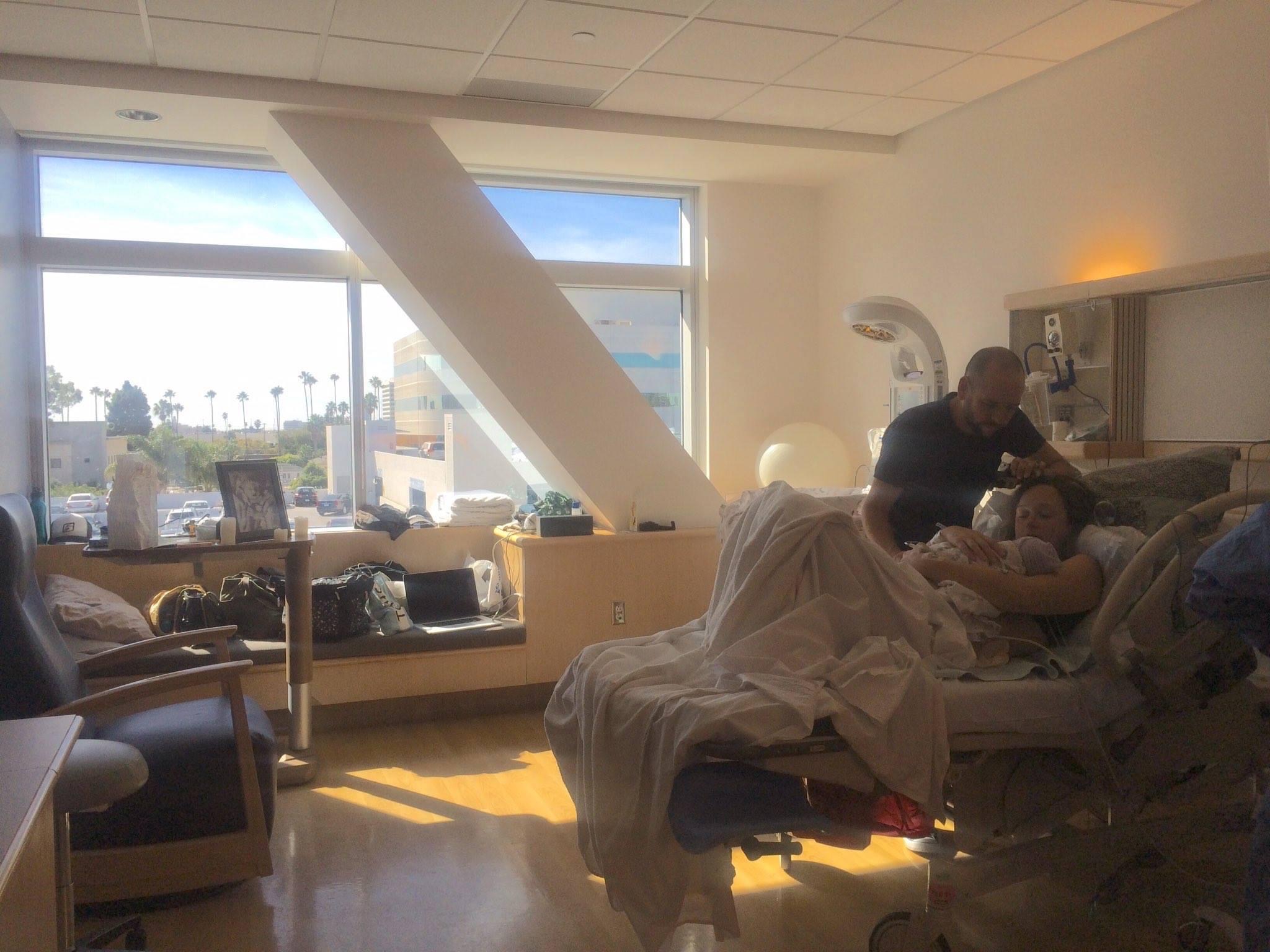 The day my daughter died was the darkest day of my life.

There is nothing that can prepare you for waddling into an ultrasound, 8 months pregnant, and having a doctor look into your terrified eyes as he says “I’m sorry, but there’s no heartbeat.”

As the ground fell out from underneath me, a fog filled my brain that wouldn’t leave for months. Big, heavy tears clouded my vision as I survived the next 36 hours—long hours as I waited for my husband to fly home, as I labored through the birth I had dreamed of my whole life (this was nothing like I had dreamed of), as I held my beautiful, perfect, 6 lb 9 oz daughter Layla. Every time I blinked, dreams rolled down my face, soaking my shirt like the milk that would come in days later, my body unaware that there was no baby to feed.

As I was wheeled out of the hospital in the darkness of night, clutching a pillow, I felt certain I would never, ever feel the sunshine on my face again. How could I? The last package I received in the mail was art for my daughter’s nursery, You Are My Sunshine, My Only Sunshine. My bones felt as cold as my belly did empty. My husband tucked me into bed where I’d stay for a week that followed, unable to speak a word to anyone.

But we lived in Southern California—even in November, you can only hide from the sun for so long. After a week, we took our first walk. I pulled my hooded sweatshirt over my head, blocking the world from my peripheral vision, as I focused on the two-block walk to the beach. We walked straight to the shoreline and set three paper cranes that we had folded at her baby shower out to sea. Wishes from loved ones, never to be read. The sun burned like lightning on the back of my sweatshirt as I retreated for safety.

It was in the months that followed that I learned of the term rainbow baby—a name given to a baby born shortly after the loss of a previous baby due to miscarriage, stillbirth, or death in infancy. This term is used because a rainbow typically follows a storm, giving us hope for what’s to come.

My baby was not a storm. But the days and weeks and months that followed losing her were. And like a storm, my grief swirled and changed every day, starting as a constant downpour and eventually slowing to a drizzle. Until, one day, a small stream of light.

Pregnancy after loss is terrifying. It is living face to face with your worst fear and knowing that there is nothing you can do to change the outcome. You survive every day by focusing on that small stream of light, even as the clouds try and overwhelm you, threatening rain just around the corner.

And then one day, one year and six days after the rain started, the clouds parted and let the sun beamed in. I held my newborn son and felt the warmth my body had missed. I squinted into the sun as I was wheeled out of the same hospital doors, in the brightness of day, and the world had never looked so colorful. So full of hope.

I now have two little boys who fill my life with more color (and noise) than I could have ever imagined. We talk about their sister and celebrate her life and yes, throw rainbow-themed birthday parties because they brought the sun to shine right along with the rain—and without both of those, there wouldn’t be rainbows.

ABOUT THE WRITER Give InKind
http://www.giveinkind.com

Give InKind is an intelligent social support platform that helps friends and family coordinate tangible, financial, and emotional support for those who need it. Our custom Care Calendar + Wishlist + Fundraising in one free tool is making support simple. From new babies to cancer support, Give InKind.
MORE FROM Give:
How To Plan A Festive Celebration for a Rainbow Baby, Netflix & Ice Cream: How To Support Women Pregnant After Loss, Losing Layla, Finding Ourselves
Red Tricycle > Parenting > Adulting 101 > Why I Love the Term Rainbow Baby