Why I Loved My Family Vacation in Chicago 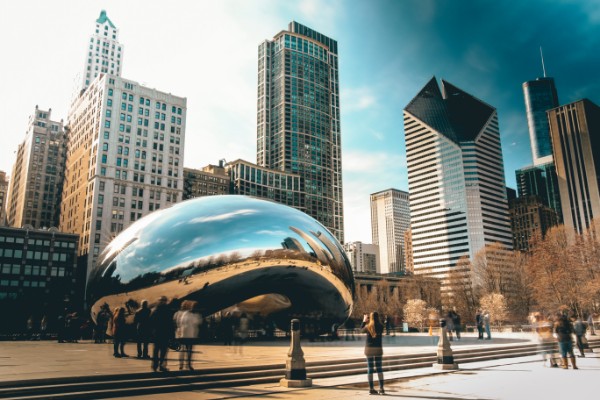 A lot of people balk at the idea of traveling with small children, but I find that it’s one of the best times to plan a vacation. Not only do you have one or more small humans to remind you of the importance of naps while you’re on holiday, but it can also be a unique way to spend some time together before things like work or school get in the way. With my oldest daughter starting school in the fall, my husband and I decided that it was the perfect time to plan a vacation.

And you know what? We had a blast. Here’s what we did in Windy City and why I loved my family vacation in Chicago.

Just Far Enough Away From Home

We considered a lot of vacation destinations during our planning stage, from Vegas (with two kids? No thanks) to Florida (Disney is crazy in the summertime) before finally settling on Chicago. The beautiful thing about Chi-town is that it’s just far enough away from our home state of Pennsylvania to feel like a vacation without having to spend an insane amount of money on airline tickets. Instead, we just piled in the car and made the 9-ish hour drive, and saved a ton of money that we later spent on souvenirs and experiences that we’ll never forget.

And yes, my 8-month-old daughter is too young to remember these experiences but that means we’ll have to come back and enjoy them again once she gets a little bit older.

Day one of our vacation was actually day two of the trip because of the length of the drive. We got to Chicago late, made it to our hotel and passed out for the night. Even the 8-month-old slept most of the way through the night, despite sleeping most of the way there.

My oldest daughter was most excited to see all the various animal attractions that the city had to offer, so we spent the morning at the Lincoln Park Zoo — which is a fantastic place to spend some time, plus it’s free — and the afternoon at Shedd Aquarium. Both of these attractions are designed with young kids in mind. In addition to their attractions, each has a play area where you can set the kids loose and let them burn off some energy.

If we had to do anything different, I think we’d do the aquarium first — it got really crowded in the afternoon, making it difficult to navigate with my youngest in a stroller, but that didn’t detract from the fun that we had. We did end up having lunch at the Bubble Net food court, and I’m not sure who had more fun watching the dolphin show — me or my daughter!

Day two was spent mostly sightseeing which was just as fun because there is a ton to see in Chi-town. We visited Navy Pier and popped into a few of the attractions there. We made our way over to Millennium Park so my daughter could marvel at the iconic Bean sculpture.

Yes, I know it’s not actually called The Bean — it’s the Cloud Gate — but it looks like a bean so that’s what we’ll call it. Plus it really annoys the artist who created it and he’s a bit of a jerk so…we’ll just leave it at that.

We climbed up to the Sears Tower Skydeck, where my 5-year-old kept a death-grip on my leg because she’s apparently got a little fear of heights. The view was spectacular though.

There is a lot to do in Chicago and we barely scratched the surface — mostly because of the age of my children. There are plenty of things to do for older kids, like the Adler Planetarium or the Art Institute of Chicago that we avoided because of the attention span of a five-year-old.

We were supposed to head home on day three but we couldn’t leave Chicago behind without visiting one final attraction — the Wendella River Cruise. Yes, I know it’s touristy, but it gives you a phenomenal view of the city, even though my daughter was more interested in the birds chasing the ship and the fish she could occasionally see in the Chicago River. It was a phenomenally relaxing way to end our vacation and helped tire out the kids just enough that they happily slept most of the drive home.

Why I Loved Chi-Town for My Famly

Chicago ended up being the best choice for my family — not quite a staycation, but far enough away from home that we really felt the distance. My girls were happy to get home and sleep in their own beds but we took pictures, ate amazing food — including some iconic Chicago deep dish pizza — and created memories that will last us a lifetime.

The Windy City might seem like the kind of place that caters to the adult tourist crowd but there are plenty of things for you to do if you’re traveling with little ones too!

Jennifer Landis is a mom, wife, freelance writer, and blogger. She enjoys long naps on the couch, sneaking spoonfuls of peanut butter when her kid's not looking, and binge watching Doctor Who while her kid's asleep.  She really does like her kid, though, she promises. Find her on Twitter @JenniferELandis.
MORE FROM Jennifer:
Why I Love Being a Yoga Mom and a Working Mom, These Cheap Dinner Ideas for Kids will Please the Whole Family, How to Afford Daycare for Two Kids
Red Tricycle > Spoke Contributor Network > Why I Loved My Family Vacation in Chicago