Why I Won’t Buy School Pictures This Year 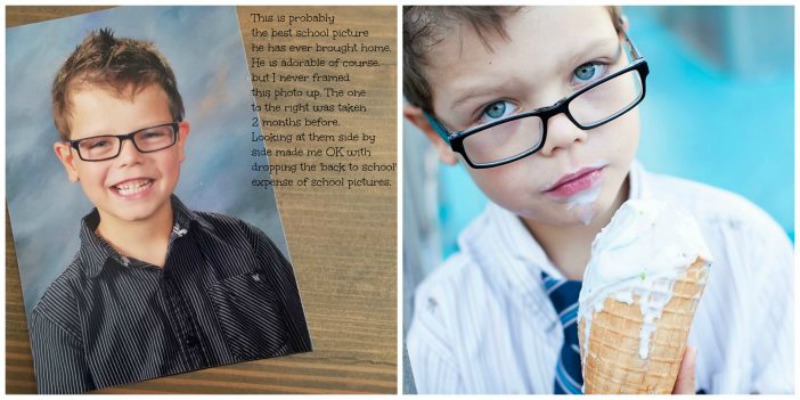 Photo: Highlights Along the Way

Every year since preschool I have purchased school pictures of all three kiddos. Crappy backgrounds, forced poses, and terrible lighting seems to be the formula. Every year I complained about the expense of something I didn’t want. Last year I finally liberated myself from school pictures. It took me a while to get over the weird guilt, but I am here to tell you it is OK to not buy school pictures.

Picture day is fun, I have always let the kids wear whatever they want. For my oldest this means a polyester flower girl dress that I drug home from a thrift store along with some of her Aunt Jewel’s fancy hand me down accessories. My son often wears an obnoxious saying shirt, even though I have told him nobody will be able to read it the way the photo is cropped. My littlest? It doesn’t matter, she isn’t gonna sit for a stranger anyway. The big ones bring home their little slip with four mediocre pictures, we talk about how beautiful and big they are. We put them in a drawer never to look at them again. Do I buy these pictures? Not anymore. They are terrible. I don’t buy things I don’t want anymore.

For a few years I bought pictures begrudgingly because I thought it did some greater good. I operated under the false understanding that the pictures were a fundraiser for the school. I asked at one point what the percentage of the donation was. Well the world came crashing down when I heard there was no fundraiser and never had been. I have no idea where I got this idea, but now the only thread that kept me buying sub par pictures was snapped.

Now hear me when I say I don’t mind paying photographers. What I do have a problem with is paying for stuff I don’t like, or like, stuff that is redundant. I pay for great photography about once a year.  We have these beautiful photos taken in natural light at the best time of day for photos. The setting and our wardrobe flow effortlessly with our home decor.

It is almost criminal to hang up the collection of these beautiful photos and then slap a conventional school picture next to it. My photographer gives me a disc with images so I can make wallets for Grandma and Grandpa and anyone else of the fantastic portraits … so why would I give them this wallet picture that is just kinda ‘meh’? Any local Facebook group will show you a photographer in your area that has a mini session for somewhere around $100 – $200. School pictures set me back about $100 if I buy the least expensive package for each kid. I pass on the school pictures and don’t feel bad about booking with a natural light photographer.

So the drill was the same each year. The last two years it was three sets of pictures! Stiff poses – check. Forced smiles – check. Bad lighting – check. Cheesy background you’ve been rolling down for the last  twenty years – check. Do your kids have glasses? Yes. Great, we will order some inexcusable glare on those photos. We have lots of package choices, which would you like? You know there is one that includes a keychain right? Pass on the plexiglass keychain? Alright cheapskate, your three bargain level packages add up to just under $100. Fantastic.

This is a fish in a barrel situation for the photographer. Most schools have hundreds of kids. Teachers line them all up for efficiency. Many photographers work for all the schools in the school district. With digital photography being as easy to produce I cannot understand why they aren’t working a little bit harder to improve the quality of the photos. Their craft is easier to produce and they are still charging a similar amount to what my parents were charged 25 years ago. Don’t even get me started on the photo packages, when we live in a world where we can print from a disc. Really though, why are we rewarding this behavior? I have heard people say “I wish they had a better photographer,” and “I wish we had other options, but this is their only school picture.” Nowadays there are lots of better options; this is just a tradition.

Back in the day I remember a couple friend’s parents didn’t even own a camera. School pictures were not much worse than a trip to Olan Mills, which many people could not afford. While my parents did have a camera, film was expensive and you didn’t see the pictures until you had developed them. For many, school pictures were the one consistent half way decent picture to document a child over the years. My point is, photography and access to it has evolved significantly but school pictures are pretty much the same as they have always been. Tradition? I mean, maybe. But I don’t like this tradition, bad pictures is a tradition that dies with me.

Now nearly everyone has a cell phone with a camera on it. Not everyone, but it is very common. On any day of the week you can get a photo package at Picture People for $11. At Picture People (or any mall photo studio) you are at least going to have the option of different poses and backgrounds and a little more time spent with your child. I’m not really trying to sell you on mall photography either; I’m just saying it is often better quality and almost always a better deal. I’ve honestly seen advertisements for mini sessions with natural light photographers in our area advertised for less than what our three packages add up to.

Pinterest can lead you to hundreds of articles on how to improve your photography even with an iPhone or point and shoot camera. Many people have a home printer that prints photo quality and many photographers will now give you a disc with photos on it to print to your heart’s content. So again, with all these options at my fingertips WHY am I gonna pay $30 for two 5X7 and a sheet of wallets of a stiff picture of my kid?

“But Kate, your kid will not have a class picture with all their friends!” Call me crazy, I do not care about having a picture of other people’s kids. After the first five minutes of ownership of a class picture my kids don’t care either. They look at it and never ever ask to see it ever again. Also I have dozens of pictures of my kids with their friends.  Parents snap pictures every time they volunteer, the teacher sends us pictures she has snapped. I would much rather collect photos of them having fun with one another than a ultra glossy line up. No problem there either. 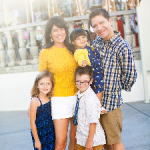 ABOUT THE WRITER Kate Hamernik
Highlights Along The Way

Kate Hamernik writes about family fun at Highlights Along The Way. Kate lives in San Diego California with her husband, three kids, and their dog Mabel. She writes about travel, adoption, Disney everything, living richly on less, and watching her kids grown into big people.
MORE FROM Kate:
That time some lady stole my free trip to Walt Disney World and why it is totally OK now, All it took was $1600 and a big fat lie to potty train my youngest..., First day of Kindergarten for my baby ... sniff sniff ... just kidding – girl, bye
Red Tricycle > Spoke Contributor Network > Why I Won’t Buy School Pictures This Year