Why I Won’t Have Another Child 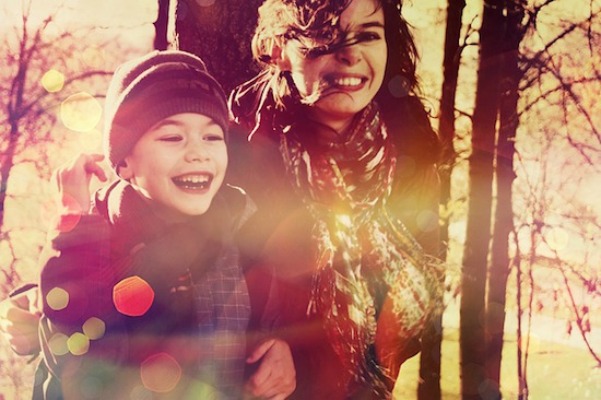 As a young married couple, we are constantly getting asked questions about having children. As soon as we got married, everyone was curious as to when we would start a family. After we gave birth to our first child, questions flooded in about when we would give our son a playmate. And even after having two children, it seems that there is no end in sight to the inquiries about expanding our family.

My husband and I didn’t have a set plan for having children when we got married. We trusted that God would let us know when it was time to start a family, and that’s exactly what He did. We had initially talked about having three or four children, but now that we have two children, we have a very good reason as to why we won’t have another child.

The Lord placed a desire for children in our hearts after a mission trip to Haiti. After playing soccer in the streets, visiting a local orphanage, and personally feeding hundreds of children in Haiti, my husband and I approached each other with the same longing, and we knew it was time to start a family. Six months later we discovered I was pregnant with our first child and we were overjoyed! The next nine months were filled with registries, baby showers, and getting the baby room ready. Our son was born exactly one week before his due date.

I loved being a mom more than I ever thought I would. That sounds bad, but I have never been a baby person so doubts definitely crept in my mind about how I would feel. I remember multiple people telling me how hard it would be, and that at times I would even want to throw my baby out a window. I laughed and figured I would probably feel that way at some point, but to my surprise those feelings never came. We definitely had our hard moments in the beginning, but I never remember placing the blame on my son. I recall times when he wouldn’t sleep and I wondered what I was doing wrong or if there was something else I needed to do. Being a mom was amazing and I never wanted to leave his side.

Before I became a mom, I had never thought I would be a stay-at-home mom so we made plans for a 12-week maternity leave and then I would return back to work full time. After seeing my son for the first time, I knew being a mom was the most important job I would ever do, and I wanted to make sure I was able to give him everything he needed. My husband shared that sentiment, and we started preparing and adjusting for me to one day become a stay-at-home mom.

When my son was six months old, we learned that we were expecting our second child. While a little surprised, we were still thrilled. We immediately started making a transition plan for me to become a stay-at-home mom as soon as our daughter was born. Thankfully we were able to get all our ducks in a row and everything was ready when my daughter arrived on her due date.

The first few weeks with a newborn are always hard, but I felt like this time was especially difficult. Being my second child, I also had to take care of my toddler so that was a little more challenging. She also wouldn’t really sleep unless being held, so there are times when I remember going for 10 to 12 hours and not getting more than 10 minutes without a baby or toddler in my arms. And while everything mentioned was no doubt challenging, they are actually pretty normal for a newborn, and definitely not any of the reasons we probably won’t be having another child.

The thing that bothered me most were the thoughts I had. The things I thought about my gorgeous daughter were horrific: I wanted to throw her out a window, I wanted to drop her on the ground, and I thought about leaving her in her crib and never going to get her. I have talked to a ton of other moms and I know those thoughts can be normal. I don’t even know anyone who has actually acted out any of these thoughts and if other moms are like me, they usually regret thinking those thoughts about 30 seconds after they run through your mind.

When you have extra hormones coursing through your body, and you’re running on four hours of interrupted sleep in the last 48 hours, your mind can get foggy and you can become impatient. I totally get it. But I HATED it. I hated thinking those thoughts about my sweet, helpless baby. I hate that I wasn’t more patient with her. And most of all, I hate that I can never take back those thoughts.

My daughter is one of the most amazing things that has ever happened to me and I cannot imagine life without her. Our relationship has come a long way in the nine months since she was born, and I’m so grateful for how we have bonded. I know those fleeting thoughts don’t make me a bad mom and I know my daughter will love me just the same, but when other people ask about our plans for a third child, I can’t help but remember those awful thoughts I had. 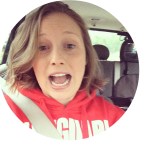 ABOUT THE WRITER Bre Richey
Maintaining Me

After being born and raised in Hawaii, Bre went to a Christian college where she played soccer and earned a degree in Communications. Now she's a pastor's wife and mom of two who encourages others to glorify God in motherhood. Fnd out more about her on her blog, Maintaining Me.
MORE FROM Bre:
The Only Potty Training Tip You Need to Know, Why I’m Grateful I Grew Up in Hawaii
Red Tricycle > Spoke Contributor Network > Why I Won’t Have Another Child