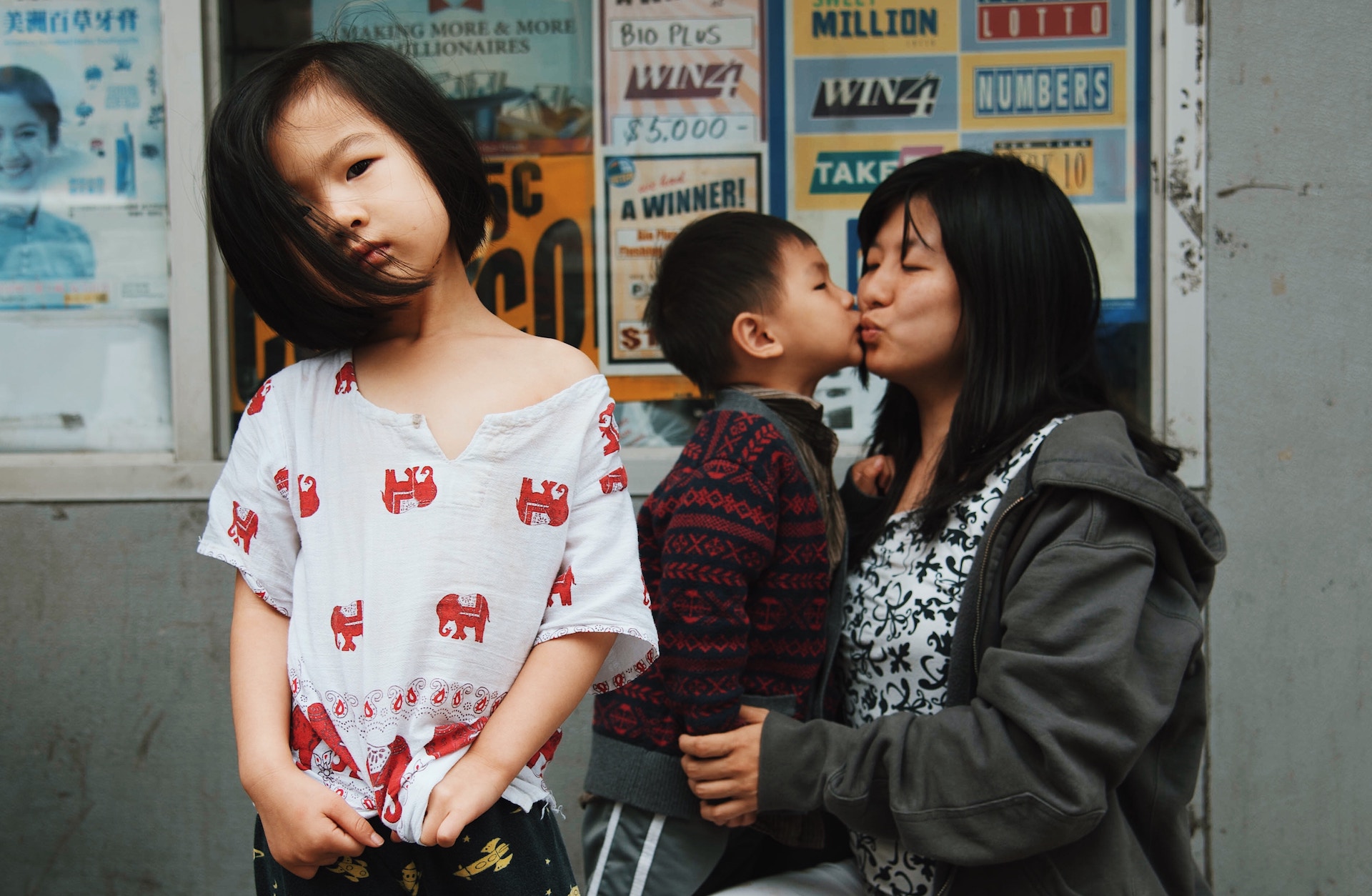 I took my kids to the children’s museum the other week. It was one of those dreary December days when it’s bleak outside but mind-numbingly boring inside, and after lunchtime, moms hit that point of We Have to Get Out of This House.

So I bundled them up in the gigantic toboggans their grandmother brought back after a trip to Finland and we hit the road. I assumed it was Field Trip Friday, because I swear there were at least five activity buses in the parking lot and kids galore walking inside. My first thought wasn’t, “Oh, this is great! So many children for mine to play with!” Nope. Only one word was repeating in my mind, getting louder and louder with each passing second: Germs.

I’ve seen the research that children’s museums can harbor some of the yuckiest bacteria around, but as a stay-at-home mom, I can’t sing their praises enough. We got our membership as a birthday present for my oldest, and I can’t recount all the freezing cold or blazing hot days when we’ve taken shelter and refuge inside there, playing in the grocery store simulator or putting on puppet shows in the theater.

So on this day, I was particularly excited to go. While the school groups threw me for a loop for a second, I got my babies out, buckled the youngest in his stroller and we went inside, armed with my portable hand sanitizer keychain. That’s when I realized where all the other kids were headed. Inside the big museum amphitheater, a wrestling-themed birthday party was happening. As the door opened briefly to let the next wave of people in, I snuck a peek inside.

I don’t use throw this word around too often, but it was glorious. The entire, huge space was decorated to the hilt. There were mock wrestling rings set up, fake glittering belts hooked to the wall and adults in Hulk Hogan costumes. There was even a vintage-looking “wrestling match” poster with the lucky birthday boy’s face on it.

My daughter noticed it too and tugged on my jacket. “Mama,” she whispered, pulling me close. “When I turn 4, I want a big birthday party like that!”

Let me stop here and say I’d lasso the moon for that girl if I thought it possible. I’d swim the Atlantic for her and her brother and I’m powerless to virtually any plea she utters with that precious toddler voice.

But I can’t throw her that kind of party, and here’s why: I love to have fun, but I also have pretty debilitating social anxiety. Being in a big crowd makes me nervous; I’d rather pour hot sand in my eyes than go to a networking event  and I’ve never spoken into a microphone in my life.

Her papa, on the other hand? He’s the life of the party. A theater buff in high school, he commands any stage—and any room. He’d host a magical unicorn soiree at the top of the Empire State Building for her in a heartbeat if I let him.

I responded to her sweet request with, “Yeah, maybe!” and we went back to playing on the climbing ladder.

While my nervousness is one part of it, truth be told, there’s another reason I’m not capable of being the “fun” mom. I can’t keep up. There’s always going to be another mom who’s more fun than I am, who finds the really cool things in our community to do and takes her children to every one of them. I admire those women and I respect them wholeheartedly. (I’m also more than a little envious of their creativity!)

But honestly, I could throw the best birthday party our little town has ever seen, and my daughter would forget all about it a few days later when something cooler comes along. Meanwhile, I’m stuck with a massive bill and confetti to sweep up for days.

This is the girl who absolutely loved The Hot Dog Song when she was 2, but couldn’t tell me a single lyric of it a few days ago as a 3-year-old. Her wants and whims change daily, as they’re expected to at this impressionable age. It’s been proven that our attention span as a species is now around 8 seconds. That’s shorter than a goldfish’s. With so much stimulation thrown at us daily, I’ve given up on the rat race of excitement. That’s not to say that I’m not trying. I’m loving on my babies every day and constantly looking for interesting places to take them, or new activities to introduce them to.

But by freeing myself of the pressure to make every day The Best Day Ever or to throw a party that leaves guests talking for weeks, I’m redirecting that energy to somewhere it’s more useful. I’m leaning into motherhood full-force. I’m giving them the love, attention and memories they need at this stage in their lives.

My daughter will turn 4 in June and I’m still not sure what we’ll do yet. We may set up the sprinkler in the backyard and let her friends splash themselves silly. Or, we may order takeout pizza and have a family picnic in the park. Whatever we do, I’m certain she’ll have a great time. Not because it was flashy, or expensive, or especially memorable.

Because we’ll be together, and she’ll feel loved deep down into her bones. At the end of the day, that’s the most fun I could ever hope to provide my little family. I like to think that when she’s grown and a mama of her own, she’ll realize that the best things in life can’t be bought or displayed—they have to be felt.

Hi, y'all! I'm Courtney. I'm a mama of two, married to my high-school sweetheart and making a life in the little town I grew up in. I'm a writer by trade, but a mama by heart. I love chocolate and I love family. Let's navigate this crazy, messy, blessed journey together!
Red Tricycle > Voices Contributor Network > Why I’m Giving Up on Trying to Always Be the “Fun Mom”