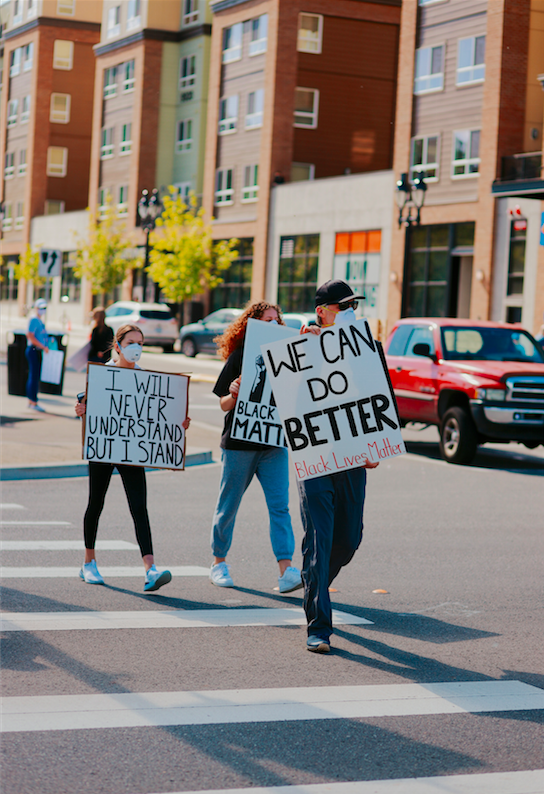 I raised my kids with a strong anti-bullying message, so why was I so shook and shocked when they wanted to attend black lives matter protests?

My 19-year-old son works at a high-end posh steakhouse in the heart of downtown. Typical America.

Initially, when he got his schedule for this past week, I was thrilled he was receiving so many hours. I do know it’s risky for him to be milling about in public with this coronavirus still at large, but ever since he got sent home from his university after Spring Break due to public health concerns, I’ve grown increasingly concerned over how detrimental it is to his overall well-being to be isolated from his peers at his age.

For my son, at least right now, I believe it’s in his best interest to wear a mask and work a few days per week. It feels like a chance worth taking, in the ongoing trapeze walk that has become my life as a single parent.

Until this past weekend…

I spent 7 hours glued to the news. It was more news than I’ve watched since my husband was killed. In fact, it was the very first time I have watched the news since I watched my sweetheart’s mangled motorcycle being towed off the street on 3 separate news channels. I picked up the remote, clicked the news off, and haven’t seen a news report since.

But big trouble was brewing in our downtown area. My youngest son was down there oblivious to it all the violence, bussing tables. My biggest worry was him getting to his car safely after work. I texted him to come straight home after his shift ended and steer clear of any protests or large crowds.

He texted me back assuring me that there were not any protests in our town. He added that they were only in very large major cities; adding that IF there was one, he would definitely choose to attend.

That was when I knew I potentially had a dilemma on my hands. I don’t know why it never crossed my mind that he wouldn’t avoid the protesters, but would rather seek them out. He has never been one to stomach social injustice in any form.

At that point, I hadn’t even made myself watch the George Floyd video. I admit I’ve allowed myself to live in a protective bubble since my husband was killed. Can we just write it off to some innate survival instinct? I cried all night after I watched the video.

My boy arrived home safe and sound a few hours later. Exhausted to the bone from a grueling night at the restaurant, completely oblivious to the fact that there had indeed been a mild uprising in our medium-to-large sized city, with more planned for the following day.

The next morning, my son woke up to several informative texts from friends. The group Black Lives Matter had organized a daytime rally which would start that afternoon at the steps of our state capital and march to the steps of our city’s police station.

I heard about it the night before so I knew before my son did. I spent all night researching reasons why he shouldn’t go. I had a dozen good reasons—ranging from the fact that hate groups were protesting against the peaceful protestors in very dangerous and aggressive ways. I also came up with some dumb “Mom reasons,” such as you’ll need a TON of sunblock out there to protect your ginger skin in that blazing heat…

I know. That’s super lame. But I was desperate and my youngest of five children is a cross between Prince Harry and Ed Sheeran.

In the end, after a sleepless night of grappling with the pros and the cons, I realized that I raised all five of my kids from the cradle to the crowd—the protesting crowd. I was never the mother that chased my kids with a jacket, a tissue or even a bedtime. I trusted them to know if they were cold or sick or tired…it was always their call. But what I always drew a hard line at was character issues and mistreatment of others.

I recall drilling into each and every single one of them that they had more than a responsibility, but a MANDATE to protect the bullied. I specifically remember telling this very son once, when discussing a kid in his class that was being bullied, if he stood by silently, than he was AS GUILTY as the bully himself.

So…now my kids accuse me of making them overly-sensitive. Okay. I guess I can own that. I hope they can work that into my eulogy. Better yet, maybe I can just write my own eulogy. I think I’d like that.

Is that a thing?  Please tell me that’s a thing. It needs to be a thing.

So, I’m going to grit my teeth and grip my rosary while my kids stand up against what they feel is wrong in this country. I pray to God it doesn’t cost me any children because I know I’ll only have myself to blame (and their Dad who caused many a dust-up speaking his mind anytime he wanted. He was not afraid to challenge authority—EVER!!!).

It looks as though I’m not the only mom who raised a new generation of bull-headed, strong-willed, rabble-rousers who not only speak, but also live their truths.

I think what our generation can do right now is attend daytime peaceful protests (they need us!) donate funds, organize vigils, and change the rhetoric, for the love of God and humanity.

But most importantly, let’s show our kids we are proud of them for doing the right thing at the right time and to making a difference in the world one generation at a time.

And, of course, we can still make them wear sunblock. 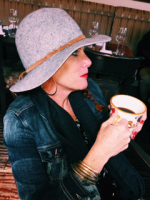 ABOUT THE WRITER Leslie Blanchard
A Ginger Snapped

Everyone from leslie's husband of 33 years, to her 5 children squirm in discomfort when she uses everyday family experiences as fodder for her blog, "A Ginger Snapped."  They can routinely be heard complaining as she tattles on them in what they commonly refer to as, "Pandora's tablet!"
MORE FROM Leslie:
Happy anniversary baby I’ve got you on my mind., I’m gonna love you like I’m gonna lose you, The prayer and the pray-er
Red Tricycle > Parenting Advice > Real Talk > Why I’m Proud My Kids are Protesting & Supporting Black Lives Matter