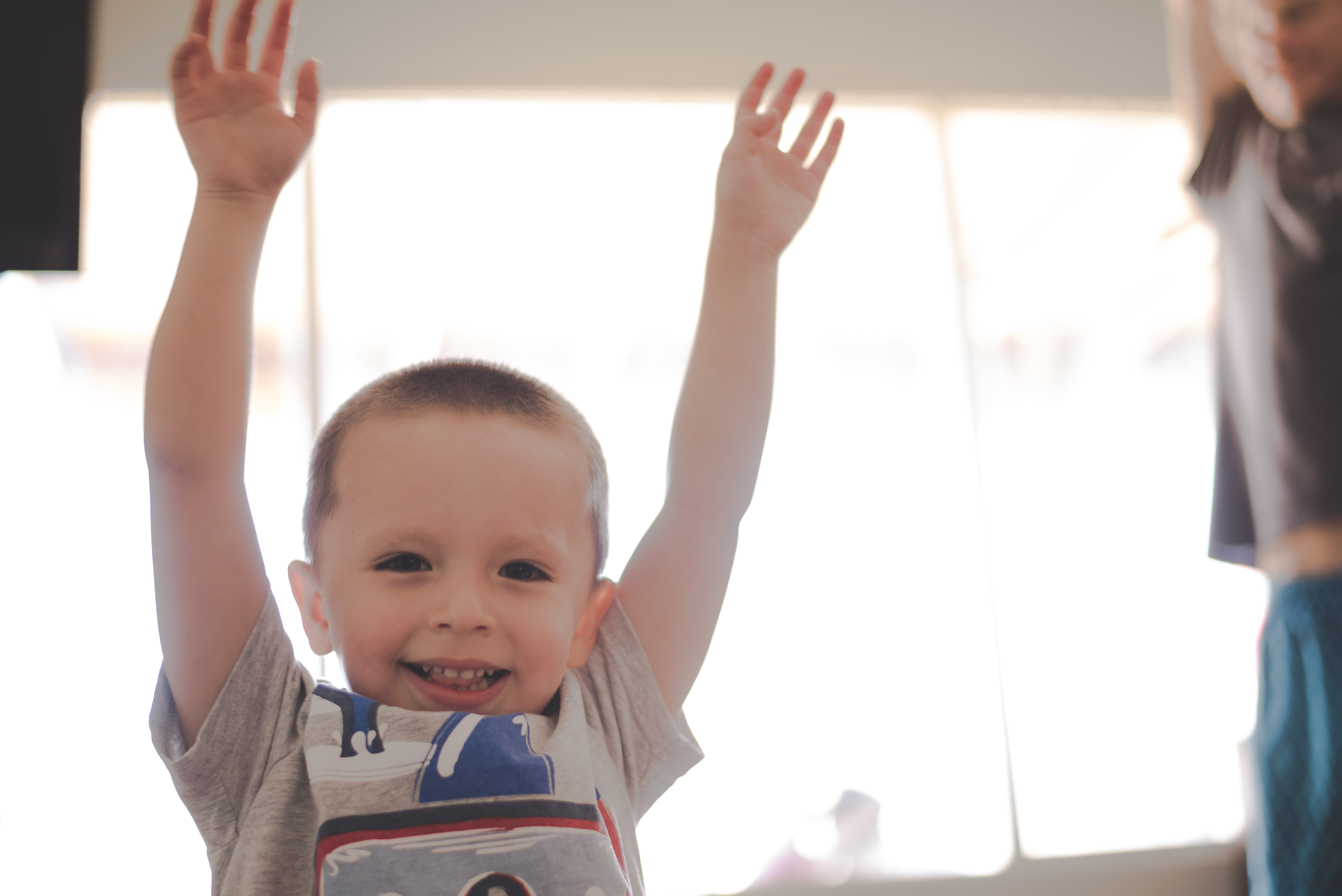 We all know that our kids don’t stop moving, like, ever. It’s in their nature to move as much as possible, especially in their younger years. You see it every day when you tell them to go get their shoes (for the millionth time) and they decide to literally spin all the way to their room and back. No? Just my kid? Let’s move on then.

Whether your child is an active little jumping bean or a cuddly couch potato, movement is essential to their development. But even more important than just general movement is movement with intention! If you’ve been following our homeschool preschool journey, you know that we have been incorporating Fun-damental Movement Time into our school days (if you want to catch up, click here). All caught up? Awesome! Below are a few FAQs to help you gain a few nuggets of information on Fundamental Movement and how important it is for your little ones!

What is Fundamental Movement?

Fundamental movement covers a wide range of skills that contribute to the physical literacy of the child. What is physical literacy you may ask? Physical literacy is defined as the ability to move with competence and confidence in a wide variety of physical activities in multiple environments that benefit the healthy development of the whole person.

So in other words, physical literacy is not only moving but moving well. Fundamental movements are the foundational blocks of physical literacy. These blocks generally begin their development around ages 3-5. Totally makes sense as to why these little friends are wiggle worms, no? While these terms may seem daunting, these movements are easily identifiable but not often practiced in your child’s day-to-day.

For example, during school, our kiddos have been practicing walking backward, something I honestly didn’t make my son intentionaly do before. I thought, “Well, he’ll just figure it out, I guess?” I hadn’t really given it much thought! As it turns out, walking backward works a child’s spatial awareness. Spatial awareness, in turn, contributes to more complex functions, such as navigating successfully through an environment (airports, concerts, theme parks) and driving. Even sooner than that, functions such as dressing also involve spatial awareness. That’s just one example of the many skills children have to work to develop. Other major fundamental movements include:

Why is Fundamental Movement important?

Children who are physically literate will thrive. When children are confident in the way they move, that confidence is evident in other aspects of their life as well. They will be more willing to try new things or to make new friends all on their own. Fundamental Movement also promotes a healthy lifest‌yle. When children have developed fundamental movements, they excel in physical activity. It doesn’t seem a chore to have to move, on the contrary, it makes them feel good. The earlier children create healthy, active habits, the more likely they are to continue these positive habits into adulthood. It’s amazing how much the growth of a child involves movement. Success with fundamental movements directly contributes to the well-being of the “whole child.”

How can I get my child moving with intention?

As a parent, I’ve had to pay more attention to how my son moves and give opportunities to practice fundamental movements. We’re lucky to have Dustin of Phoenix Holistic, who is super knowledgeable, curating our Fun-damental Movement Time with our kiddos. Some of the skills we have been working on at school as well as at home are walking/hopping backward, jumping from a crouched position with hands overheads, and standing/hopping on one foot.

Model the Movement: Remember, these things don’t necessarily come naturally to children so you’re going to have to show them what it looks like to do any of these movements.

Provide Support: Quite literally, lend a hand to your little one. Chances are, if these movements are fairly new to your kiddo, they’re going to have a hard time starting out. It’s like learning how to workout with the correct form before adding any type of added resistance. They need to be able to feel comfortable in what they are telling their muscles to do and that may require a bit of hand-holding at the beginning.

Make it Fun: Our unofficial motto over here is “Learning Through Play.” Children learn so much better when they’re playing! I recently had the opportunity to take a million trips to the bathroom every day with my 3-year-old as we were potty training and we were both over it about 2 days into it. So we decided to bear crawl to the bathroom, and frog hop to the bathroom, and tiptoe to the bathroom, you get the idea. During school, the kiddos were pretending to be seeds and crouched down, and as they grew they popped up! Be on the lookout for any time your kid can practice these skills through play!

Janeth Harrison is a Mexican born Arizonan raised mother of a beautiful baby boy. She is a 3rd grade teacher and lives in the West Valley of the Phoenix metropolitan area along with her husband, Daniel and two dogs, Axl and Hexum.
MORE FROM Janeth: