Why Moms Feel All the Emotions—& That’s Okay 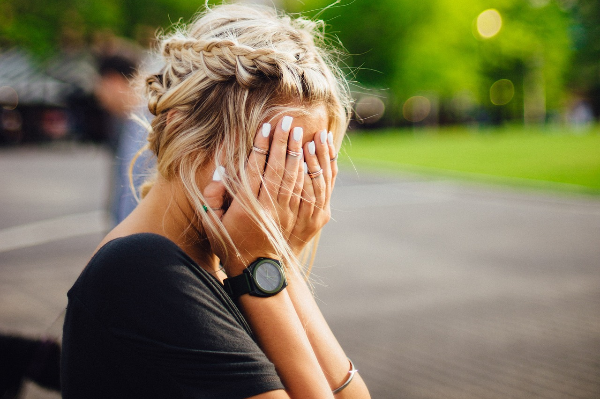 It’s almost midnight and I think I’ve cried at least three times today. The first time was this morning, up bright and early at the pediatrician’s office. I’d made an appointment the night before when my daughter was up coughing with an escalating fever. Frantically, I logged onto the online portal and scheduled a visit for 9:15 a.m. that next day. Of course, she woke up feeling cool as a cucumber and acting like her usual self. Still, I took her in to make sure, especially since this has been one of the worst flu seasons ever.

So there I was with a totally off-the-wall, energetic child, waiting on a doctor who’s so beloved by our community that walk-in patients arrive half an hour before the doors open just to request an appointment with him. One hour later than our designated time, we finally got the chance to talk to him. In the meantime, I’d read my daughter five books, let her watch two episodes of Sesame Street and taught her every move to the Macarena.

It was just a virus, so I was given a prescription and sent on my way. The combination of sheer relief, coupled with exhaustion from being up the night before sent me reeling. I got in the car, buckled her in and felt my eyes well up as I gripped the steering wheel and headed to the pharmacy. I’d pulled myself together enough to enter the drive-through line when I realized that because my husband had started a new job a few weeks ago, we didn’t have our new insurance plan totally set up yet. That meant that even though we had coverage, we had no cards or policy numbers to show for it, so her prescription that should have been $4.00 was instead ringing up at $75.00. I’d literally pay a thousand dollars and then walk across a sea of burning coals for my children, so I paid it and went on my way. Cue the tears again.

I held it together pretty well for the rest of the day. It was pouring down rain and cold out, so we holed in, turned on the gas logs and watched old cartoon reruns until it was time for dinner. Then, when bath time and bedtime rolled around and neither kid acted like they could hear me at all and spent 30 minutes running around the room playing spaceship, I felt a few tears spring up again. Eventually, everyone calmed down and we actually had a pretty sweet night so all was well that ended well.

I don’t think I’m an emotional wreck, though there are certainly times where I question that sentiment. Rather, I believe that as parents, we take every decision and moment to heart and that’s a heavy load to bear sometimes. Driving home today, I was reminded of a day about 10 years ago when I was in the thick of planning my wedding. I’d worked a very long, full day as a technical writer and I remember the sun was setting over the interstate. I was in a heated discussion with my husband about choosing a venue and picking out the menu and none of our ideas seemed to be meshing. I called him and we agreed to meet for pizza in town.

As soon as I got out of the car, I practically fell into his arms and started weeping. It felt like So Much and I was frustrated that we weren’t getting anywhere. He just held me and let me fall apart, then smoothed the hair back from my face. I’ll never forget what he said next. “You care so deeply. That’s one of the things I love about you.” The good news? Since then, I’ve lost my early-twenties hips, my natural hair color and my wrinkle-free complexion. We’ve added two babies to the mix, bought a house and both of us switched careers. Still, amid all the changes, I haven’t lost my penchant for over-caring. If I ever think I might have, all it takes is one excruciatingly long wait for the doctor to remind me that it’s still there.

It’s still in all of us and we’re tapping into it more often than we think. For all the mamas who go to bed at night wondering if that was enough, or feeling like maybe it wasn’t — I hear you. If you look at your baby sometimes and just well up at the sheer beauty and magnitude of it all, I hear you too. We feel deeply because we care just as deeply and that’s a well that doesn’t run dry.

Hi, y'all! I'm Courtney. I'm a mama of two, married to my high-school sweetheart and making a life in the little town I grew up in. I'm a writer by trade, but a mama by heart. I love chocolate and I love family. Let's navigate this crazy, messy, blessed journey together!
Red Tricycle > Parenting Advice > Why Moms Feel All the Emotions—& That’s Okay