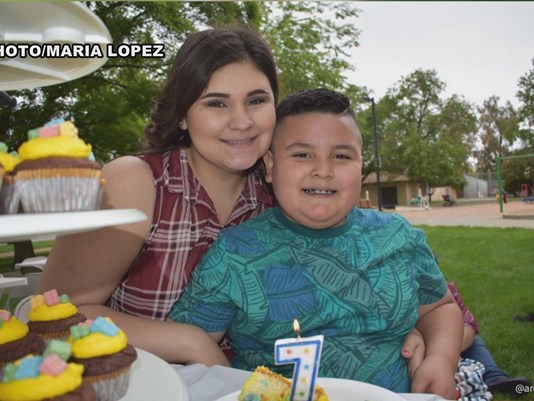 Birthdays are a time for happy celebration, but for one little boy, a party that no one showed up for left his special day ruined. Thanks to one Facebook post an entire community came together to turn his sadness into an amazing experience he will never forget.

When no one showed up for Adonai Gutierrez’s seventh birthday party, his aunt took to Facebook for help. She posted a picture of Adonai surrounded by party decorations and no guests. Her post was quickly shared and his local community came together to throw him a ‘do-over’ party. Over 200 hundred people showed up armed with gifts, cards, food, cakes, and multiple bounce houses.

Not only did Adonai get the party of a lifetime, but the event had an effect on his social life at school. Adonai’s guest-less party was not the first time he had felt left out. His aunt explained to ABC News that his father passed away before he turned two and Adonai has always struggled to be accepted and make friends at school. After word spread of the party, however, kids suddenly wanted to get to know him and being the gracious kid he is, he took his new popularity in stride.

Has your community ever come together to help someone in need? Share your stories in the comments.