Why This Mom Is Taking Better Care of Herself, Starting Right Now 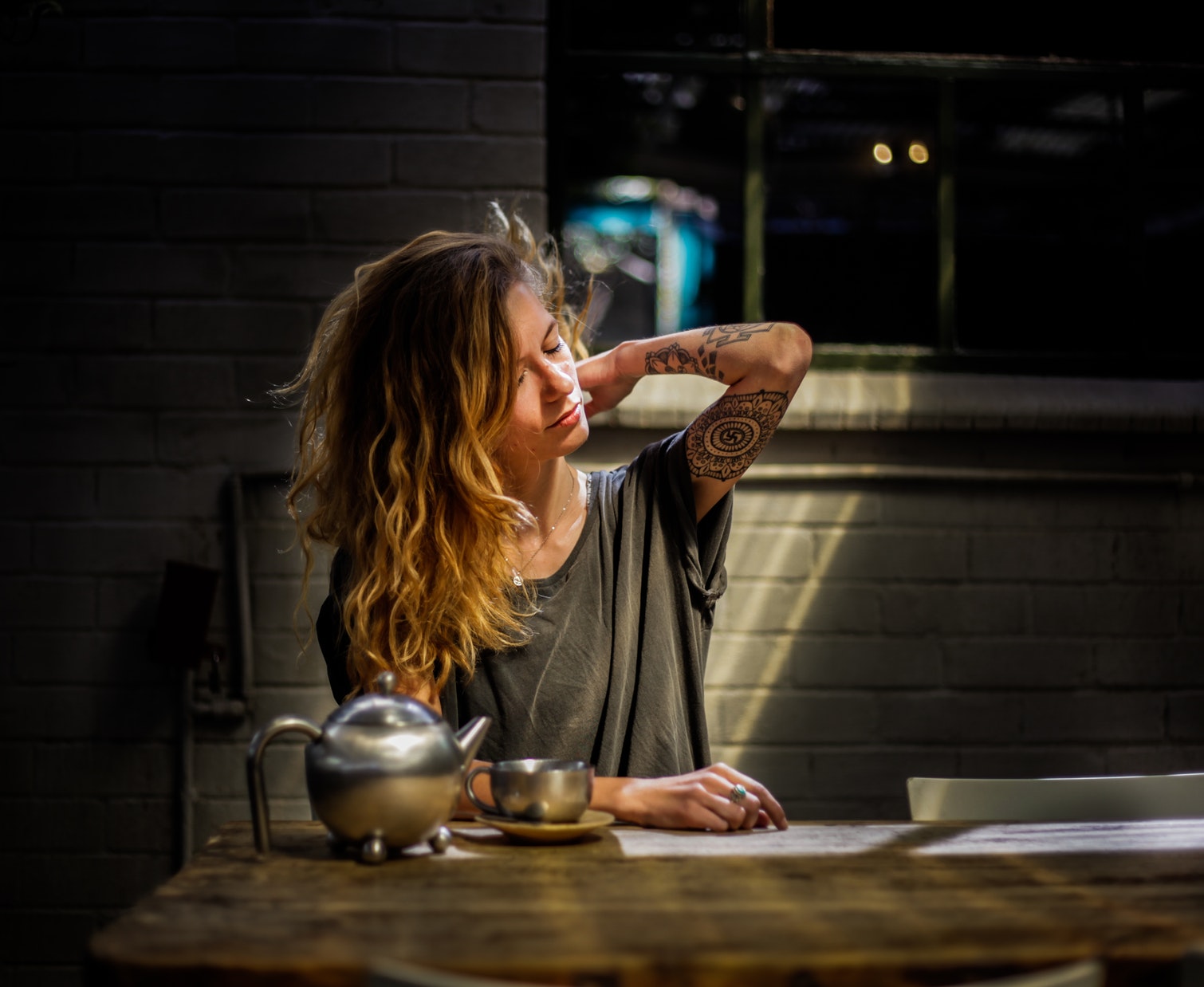 I don’t go to bed until well after midnight most nights.

That’s the hard thing about being a work-from-home mama. You can work, but it never really gets done. There are babies sitting there looking up at you who need you to play with them.

They need you to get down on the floor and push trucks with them. They need your attention, and not just the halfway kind you give when you’re on the phone with somebody and they pull at your skirt. They need your deep, intentional stares and your fully alert and listening ears.

That makes it hard to attend a conference call or even finish an email in one sitting. I feel pulled, and when I am, it’s in their direction that I need to go.

So I let work pile up, then tackle it all at once after they go to bed. Of course, that routine in itself is a 45-minute ordeal between bathing and brushing teeth, putting on pajamas and reading that last bedtime story. I’m lucky if they actually fall asleep before 9 p.m. so my “workday” doesn’t really begin until around 10 p.m.

After the work is finished, I putter. This is my only time to myself. I might make a late-night cup of decaf, or read a few chapters in my latest book. I might run a bath or turn off all the lights and take a shower in the dark. (Have you tried that, mamas? It’s balm for the soul, I tell you.)

It feels glorious while I’m doing it. I push myself to the limit, then I savor a few moments of “me” time before hitting the sack, sleeping for about five hours, then getting back up and doing it all over again the next day.

I tell myself I’m doing it for them, so I can be as present as possible during the day. What’s a little exhaustion? Aren’t all moms exhausted to some degree?

In reality, I’m giving them a shell of myself every day. I’m not quite a zombie, but more often than not, I lean more toward that side than the human one. I refill my coffee cup on the regular, but it still doesn’t seem to be enough.

This wasn’t how it used to be. When I was younger, I took incredible care of myself. I went for facials and massages during college and exercised regularly multiple times a week at the on-campus gym. I was fit and tan and never left the house without looking glam.

Even when I was pregnant, I took great care of my body to keep it healthy and keep that little nugget growing right along. I ordered all my requisite prenatal vitamins online so I could make sure I’d never run out. I took maternity yoga and slathered my growing belly in coconut butter to ward off stretch marks. I even ate avocado toast every morning and now the sight of that green mush sends me reeling.

Then, time and life crept in and with them, my initiative to self-care went out the window. I was giving of myself so openly every day. I was nursing babies and carrying toddlers up the stairs. I was fixing three meals a day, making doctor’s appointments and wiping noses. Who has time to moisturize?

Yet, a peculiar thought hit me this afternoon, while pushing my daughter on the swing set at the playground. She was laughing hysterically and my son was running around her feet giggling while trying not to get hit. It was the sweetest, purest sight and I just wanted to bottle it up.

The only thing? I could barely keep my eyes open. You know when you get so sleepy you physically cannot keep your eyelids from closing? That happened to me while driving to work one early foggy morning years ago and it scared me so much I had to pull over and blast my face with cold air to snap out of it.

Today was like that, only I wasn’t heading to the office. Instead, I had the incredible—and for many women, unobtainable—privilege of being home with my babies. I was there to see the sunlight weave itself into my daughter’s hair and to hear my son say “mama” a million times while throwing mulch into the air.

And I couldn’t stay awake long enough to watch it.

I decided today that taking care of myself had to switch from a backseat pipe dream to a full-fledged reality. I went home, let my sweet parents keep the kids for an hour, and took a nap. That’s right. A delicious, deep rest in the flannel sheets I had just washed at 1 a.m. that morning. I can’t remember the last time I napped, to be honest. It felt like I hadn’t slept in years. You know those REM sleeps where you wake up with lines on your face because you didn’t move the entire night? It was one of those.

Did I feel a little guilty when I finally roused myself and went to pick up the kids? For a split second, absolutely. Then, I drove down my parents’ winding driveway. I saw them playing in the field with my mom and dad, running toward me with their arms wide open.

“Mama!” They shouted it simultaneously and came at me with such force it knocked me gently back into the grass.

“Mama! I missed you but I’ve been having so much fun with grandma and granddaddy!” My daughter pointed their way and gave me a huge grin. I realized that giving in for a little while doesn’t mean giving up. It means recognizing what we need and grabbing ahold of it to keep our sanity.

I foresee many more naps in my future, and not so many late nights. I see myself taking long walks along our country road and finally using toner like everyone tells me I should do. I’m going to start tending to my own garden just a little more, so my harvest can be plenty and full. Then, I’ll share the bounty with everyone around me.

Hi, y'all! I'm Courtney. I'm a mama of two, married to my high-school sweetheart and making a life in the little town I grew up in. I'm a writer by trade, but a mama by heart. I love chocolate and I love family. Let's navigate this crazy, messy, blessed journey together!
Red Tricycle > Spoke Contributor Network > Why This Mom Is Taking Better Care of Herself, Starting Right Now