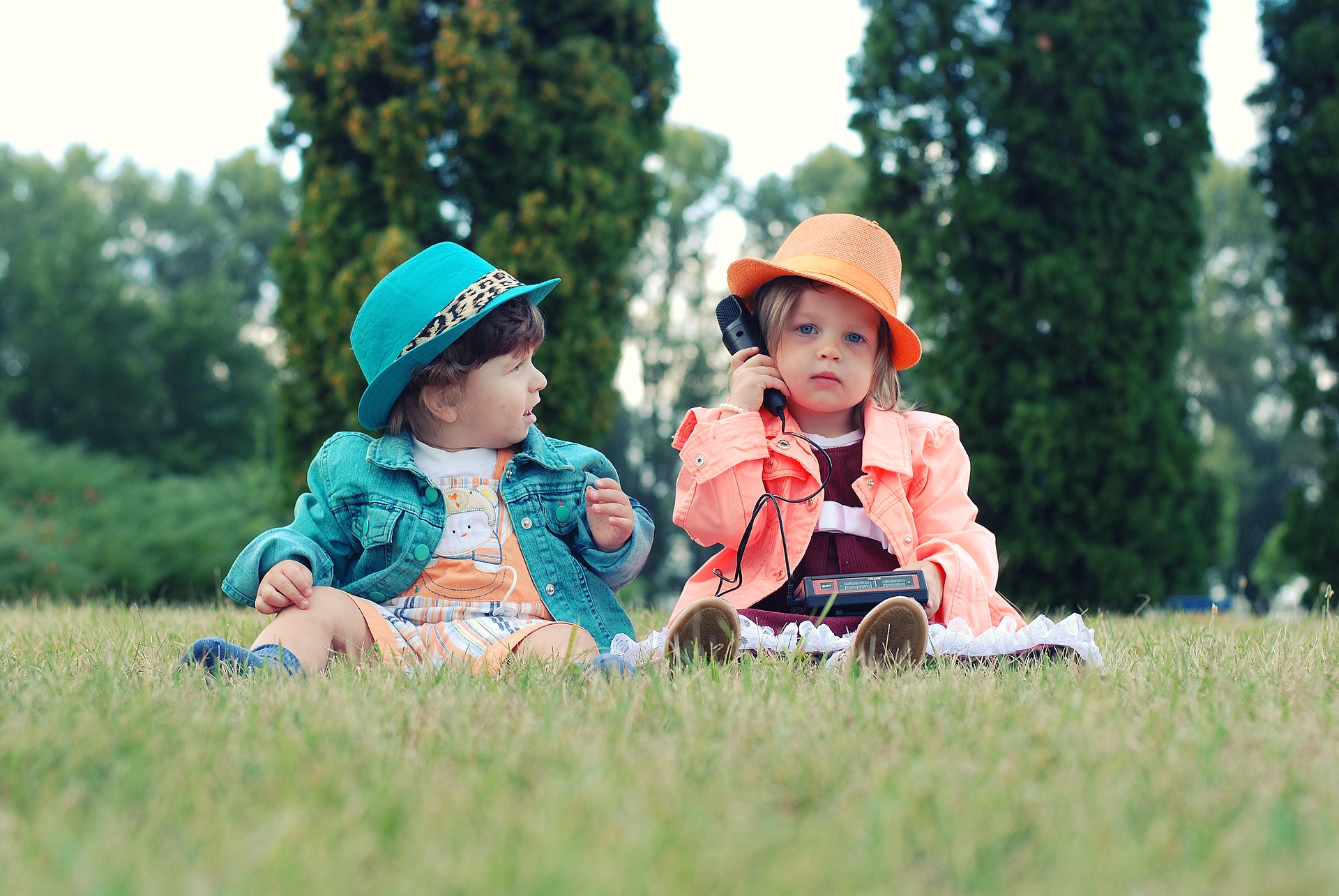 We were at the playground, my toddler and I. He was in the sandbox, ever so carefully scooping sand with his blue shovel and pouring it into his little yellow bucket, his movements still uncoordinated, his aim imprecise, more sand landing back in the sandbox than in the bucket.

His knit brow confirmed how very hard he was working to fill that bucket. So one would think he’d welcome some assistance—those buckets don’t fill themselves—but when another toddler pitched in with his green shovel, mine shrieked!

Good citizen that I am, I dove forward to correct mine, “Share…” I started to say. But the other child’s mom was faster than I. She turned to her own toddler. “Sorry, buddy,” she said, “but our friend is still using that bucket. He isn’t ready yet.” (Or something to that effect—it was over a decade ago now.)

But to the best of my recollections, she then handed her child a dump truck and said, “This truck needs to bring sand to the building site to build a building. Let’s help the driver!”

AND HER CHILD DID IT. AND MINE KEPT FILLING HIS BUCKET. AND NO ONE MELTED DOWN. AND THEY WERE BOTH HAPPY.

My son was in early intervention and I shared this with his in-home educator, Carol. She lit up and told me this kind of ownership-first approach was being done in early childhood classrooms. She wondered aloud if the sandbox mom was a teacher.

Carol explained that toddlers can fool us into thinking they’re further along in their understanding of the world than they are because they walk and talk some, but they’re just emerging from babyhood and aren’t yet at a stage where they can understand sharing.

Here’s what Carol—and, as I read soon thereafter, other toddler development experts—had to say about why:

For one thing, toddlers still can’t firmly grasp that they are wholly separate people from everyone else. They test this new hypothesis in part through ownership: “I own, therefore I am.” They’re not being selfish, they’re being self-ish—“If it’s mine and not yours, I’m not you.”

For another, toddlers haven’t yet solidified their concept of object permanence. If they give up an item, will it still exist to be enjoyed by them again? As far as they’re concerned, the jury’s still out on that.

Toddlers don’t have a sense of time yet, either. They exist in the here and now. Later, in 10 minutes, tomorrow—all of these divisions of time are meaningless terms, so they need to enjoy the object right now, their way.

And have you noticed that they don’t yet have great impulse control? They want what they want, when they want it and in just the way they want it.

“But Jack shares with me,” I said to Carol. “He gives me Goldfish when he’s eating some.”

“And sometimes he takes them back, too,” she pointed out. She explained that he’d been experimenting in just the earliest way with the sharing I’d modeled for him, but he didn’t yet quite know why, or that it was “sharing” per se. When he did, I could certainly say, “Thank you for sharing!”—but if he rescinded the sharing, I could just note that as well, in a neutral way: “And now you need it back. Okay.”

“But I don’t want him to grow up selfish,” I protested.

As it turns out, it’s important to understand that our toddlers are not yet developmentally ready to understand sharing and also important for our responses to them to allow for that fact. This helps them gain the mastery over the concepts of selfhood and object permanence they need to move more seamlessly into willing turn-taking and then sharing.

“Don’t worry,” I remember Carol saying. “He’ll be generous, you’ll see.” And he was. And he is—exceptionally so.

What Carol explained led me to do further reading on my own (on this and on toddler development in general) and led to our teaming up, Carol and I, to write a series of books for toddlers about the moments they face in their daily lives that are difficult for them—including ownership and what we call “pre-turn-taking” and “pre-sharing.”

Even though our children are teens now, thank you, Mom-of-Other-Kid-in-Sandbox!

ABOUT THE WRITER Rhona Silverbush
All Mine! (Terrific Toddlers series)

Rhona Silverbush studied psychology and theater at Brandeis University and law at Boston College Law School. She currently coaches actors, writes, tutors and consults for families of children and teens with learning differences and special needs. She is co-authors with Carol Zeavin for the first three books in the Terrific Toddlers series, published by Magination Press.
MORE FROM Rhona:
APA Magination Press, Amazon
Red Tricycle > Parenting > Preschool Help > It’s Pointless to Ask Your Toddler to Share