Why You NEED to Build a Treehouse This Summer 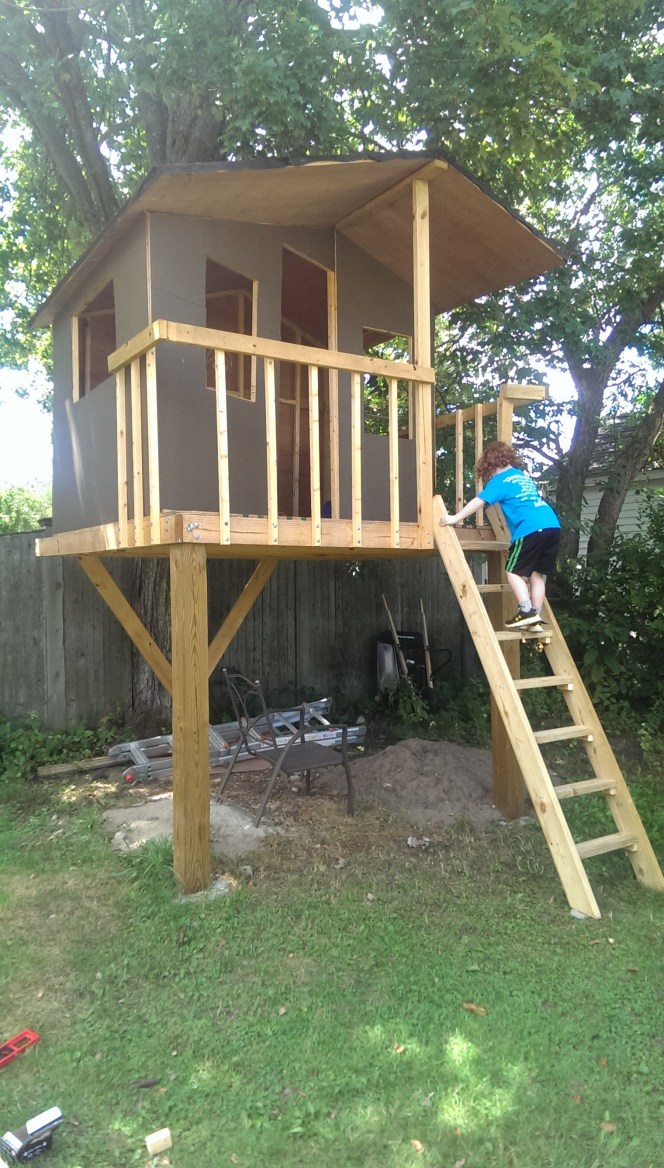 We had the plans, the materials, the tools, and the will, but could we do it?

In the summer of 2016, we embarked on an adventure of building a treehouse with no working knowledge of construction. We have never built anything more than a sandwich in our lives. But, because our son Jack spent a lot of time engrossed in stories with treehouses in them, such as Captain Underpants by Dav Pilkey and The Magic Treehouse series by Mary Pope Osborn, we decided to give him this unique, meaningful gift.

We gained a lot more than a treehouse that summer though. Here are the lessons we learned, and the reasons you too should go on this journey with your own family.

What better way to work learning into a child’s summer? There was no summer slide for Jack that year, as he learned so much from this hands-on family project. Jack used a triangle to measure and cut, he sawed, hammered, and screwed. He learned how to read and follow directions. Plan, measure, cut, fasten, repeat. What a neat thing for a kid getting ready to head into first grade.

As an educator, one of my goals is to help Jack become a lifelong learner. I truly believe that as long as you continue to learn and grow as a person you will find fulfillment in life. Projects like this can help build life-long learners.

Throughout the building process, we got to know our neighbors as they cheered us on in the summer heat. They gave us tips and shared in the joy of our imperfect treehouse that we were making for our little boy. “We love watching it come along,” they would say, as they saw us spending countless hours in our backyard creating something special for our child. Together we smiled at the wonderful use of summertime as a family.

The extra words of encouragement were always helpful, as were the extra muscle from the multiple family members who contributed to the building process. When it was time to secure the roof, we knew we needed an extra hand. My nephew came over, arms and body hanging out the treehouse window to help make sure my husband Tim had it steadied while he fastened the roof. I was especially grateful this task did not fall on me, and that the roof did not fall on anyone else. Whenever we had people over to help, we would turn it into a whole day’s activity. Lunch, drinks, snacks, playground visits, or game time. The connections to the community were a nice side-effect of our project.

Each step along the way, we realized we needed tools that we did not have. Due to trying to keep this project on a budget, we either compromised with tweaking the use of our current tools, or we borrowed from others. Tim’s brother, who is a mechanic and all-around handyman, has a collection of tools at his disposal. Thankfully, the tools often came with his help, and at times, the help of his children.

Watching the kids work together on measuring, painting and using power tools was incredible. At times the adults would sit back and let the kids make the decisions and mistakes. Throughout the process of building the walls, they had trouble with window placement. This allowed them to put their communication and problem-solving skills to work.

The Value of Hard Work

Jack was not going to get off easy during this project. He was six. There were days he did NOT want to be a part of it, but he would. Why? Not because we forced him to, but because he knew in order for him to reach his personal goal of having a treehouse, he had to put in the work. And, he did. I’m proud of this kid for pushing himself in ways his little fifty-pound body never had before. I know when I was six, I definitely was NOT working that hard. Shoot, most days I still don’t!

The treehouse came out awesome, but not perfect. The door kind of shuts and the windows semi-fit the walls. But the most obvious misstep turned out to be an actual misstep. Tim worked on constructing the ladder without plans and it came out brilliantly. Except for the top step. It sticks out at a weird angle and needs to be pointed out to all new-comers so they pay attention going up and down.

We are all afraid of making mistakes. For some people, the fear of making a mistake can hold them back from starting something. Luckily, building a treehouse taught Jack many things, but mostly the fact that it is okay, and natural, to make mistakes. We made numerous errors along the way and it’s not perfect, but who or what is?

The most important thing for any summer activity is that you have fun. Though we worked hard and hit multiple roadblocks along the way, building the treehouse was enjoyable for all of us. Most days we worked in frequent breaks that led to dance parties or outdoor games. Maybe we could have finished the treehouse in two months if we hadn’t done these things, but we didn’t care, it was FUN.

Oftentimes we start projects with our kids that tend to fizzle out. Over that summer our friends and family watched and laughed with us as we fumbled through the different stages of building. Upon the completion of our treehouse, on a sunny day in September, we had a “Treewarming Party” and invited neighbors, coworkers, friends, and family to come to celebrate our accomplishments. Jack’s seventy-five-year-old great grandmother even took the hike up the ladder into the treehouse. The joy and excitement were palpable as we celebrated our commitment to completing Jack’s treehouse.

The Power and Knowledge of Creating Something Yourself

We built a treehouse. Jack was six and helped to construct all the parts of a house. Learning you can do whatever you set your mind to is a priceless thing for a child.

It may have cost us $600 for the materials and way more hours that I can add up, but teaching your kid they are capable is a powerful thing.

This post originally appeared on The Travel Nurse Family. 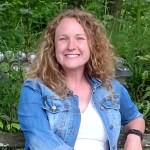 ABOUT THE WRITER Heather Dalton
The Travel Nurse Family

Heather has a Master's Degree in Education and a Bachelor's Degree in Psychology. with over 15 years of experience as a tutor for children from Pre-k through college. She is currently homeschooling her son as they travel the country with her husband, a Travel Nurse.
MORE FROM Heather:
Causing Creativity - The Importance of Boredom in a Child's Life
Red Tricycle > Spoke Contributor Network > Real Talk > Why You NEED to Build a Treehouse This Summer