Why Youth Sport is a Must in Childhood 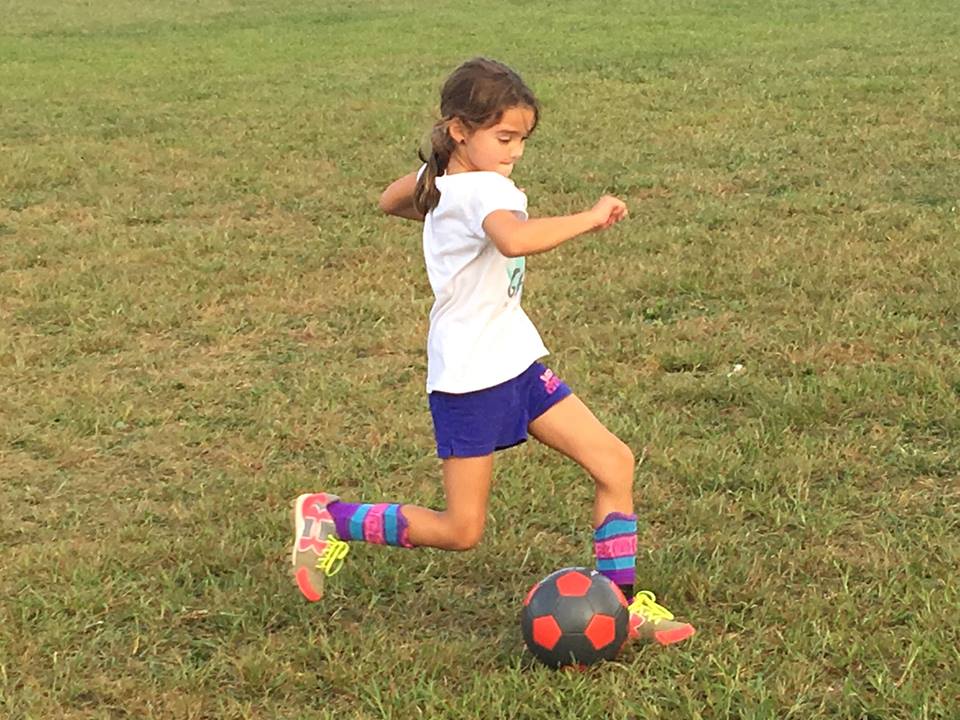 I read most of the articles that pass through my newsfeed on overscheduling our kids and not making youth sports so competitive. Some of them I find attacking to someone like myself that pushes a competitive drive in my kids, and who often feels that her kids are overscheduled because they want to do gymnastics, soccer, basketball, but then still want to be a part of Girls Scouts and try out other clubs and organizations that are offered through school throughout the year. For the most part, if they want to try it, I let them. They start something they have to finish the season or follow it through to that year’s end. I want them to have opportunities and try different things.

Though my oldest daughter doesn’t seem to have the interest or passion for the sport I grew up loving she has found her own in the game of soccer. I am a firm believer in the valuable lessons youth sports can teach our kids. I know in our modern day society, we’re pushing for them to be “children” more with more free time and not to push them too hard, but here are life lessons I feel they can learn on the competitive playing field.

1. As their parents, we will be their #1 cheerleaders, but that field is where we first learn to stand on the sidelines while they learn to rise and fall with their successes and failures.

2. There will be sweat and tears but they go hand in hand. To have the joys of tears they must put in the sweat of hard work and sometimes despite the sweat of hard work they will have tears of disappointment. But as parents, we will let them cry when they don’t win the big game because to work hard and not get what we worked so hard for is disappointing, but moving on from that loss will teach them life always gone on. There are always more games to play. They will learn to pick themselves up and go at it better and harder next time.

3. They will learn though they may sometimes be the star of the show, more times than not they aren’t, but they’ll see when they’re not to celebrate the one that is just like they’ll have their own highs and lows in life in which they need support and will support others in their time of need.

6. They will learn about unity and teamwork.  They’ll see a game is not won or lost alone, just like we’re not meant to go through the challenges of life alone

8. Though it will foster their competitive nature, it’s also where they’ll learn sometimes it isn’t about whether they won or lost but more so how they played the game.

They will play the game because they love it and love sharing it with the people they love and the teammates they will come to love. It will teach them many things, but they’ll see they can’t let the defeats and rough moments get them down because more times than not it is in those moments they’ll learn the greatest things.  Through it all as their parents we will stand to the side and let them learn, celebrating their successes with them and reminding them that they can when they think they can’t.

Though childhood sports are just a small part of their life, as they go through life they will start to see how their childhood games are small parts of the puzzle, fitting together to create the canvas of what becomes their whole life. Those moments on the playing field will build their foundation to their adult successes.

I am a teacher, wife, and mom to two daughters and a son. You can find more of my writing in Chicken Soup for the Soul's Multitasking Mom's Survival Guide and Curvy and Confident, on my blog Stepping into Motherhood, or in my book Moms, Monsters, Media, and Margaritas.
MORE FROM Angela:
Author of Moms, Monsters, Media, and Margaritas, Why It's Important to Travel with Kids
Red Tricycle > Spoke Contributor Network > Why Youth Sport is a Must in Childhood