Will Kids Remember The Little Arguments? 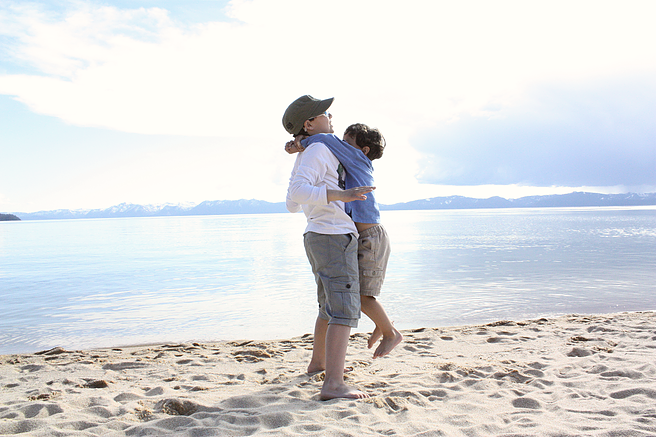 Tyler is not playing with me.”

Tyler: “Mom, Evan clearly agreed he would play MY choice of game next and now he’s reneging on that promise!”

I took a sip of my ice tea and managed to get out “please work with your brother to decide what you will play next…that is, IF you want to continue playing together…”

Thirty minutes later Tyler is chasing his little brother who has taken a book he was deeply engrossed in and is running around the house.  “Give it baaaack!”

My afternoons consist of a few (double digits) of these interactions.

I feel rather under-qualified to speak on sibling matters.  I mean, I grew up as an only child and my experience with siblings consisted of the three sister-cousins I dearly loved and mostly lived with.

We were four different age girls and although we had our share of disagreements, it was pretty mellow and usually could be resolved with a fun snack together at the kitchen table.  Then back to playing.

My two sons are 5.5 years apart in age.  They have their significant differences: family dynamics, birth order, completely different personalities.  But the one thing that binds them is loyalty.  These boys are fiercely loyal to each other.

These scenarios happen often and every single incident is incredibly formative in their development.

Will they remember the little arguments?  Likely not, but it will significantly shape who they are, how they deal with the conflicts and how their bond evolves into the teen and adult years.

And see, I do at times get involved.  Mostly when we’re out in public because I realize there are boundaries and rules and acceptable ways to behave out in the world.  (After all, living in a medium-sized town ensures that you will likely run into at least 2 other known families while running errands at the end of the day and let’s face it, one of those times the kids will NOT be peaceful).

But they are siblings.

Experts agree that mild conflict can be beneficial in the development of a child’s social engagements.

Then all in one breath as I pick him up from his Sunday school class:

“You won’t believe what just happened, this boy in there told me that I couldn’t have a hersheys chocolate kiss we were all supposed to share, I told him that wasn’t nice but he didn’t listen. But Tyler came over and said ‘it’s ok Evan’ and shared all of his chocolate with me and asked the lady if he could have an extra toy to give to his little brother and when she had him pick the toy he picked out the totally best splat ball I’ve ever seen for MEEEEEE!  He is the awesomest brother ever!”

The crucial part of this desire to protect is loyalty.

Despite their aforementioned “differences”, loyalty derives from a sense of “stick-togetherness” that is key in our family.

The kids have seen us face many challenges over the last few years.  Our family has been really strong together.  And we have been really weak together.  Despite this, the strict value of team and togetherness from us always results in a sense of belonging for both children.  And when plucked from that nucleus, they are able to mimic that in other environments with one another, yes, particularly in the middle of the conflict.

Now don’t get me wrong, you will inevitably run into me at the store as my kids are bickering over the best Lego character of all time 5 octaves too high on isle 7.

It’s not easy to tolerate differences with patience and compassion when you’re a kid.

But this doesn’t take away from the family cohesion that we model by this stick-togetherness.

It also doesn’t take away from their individuality.  In fact, a child can develop a strong sense of self while practicing self-sacrifice, loyalty, giving above receiving.

It’s good for our kids to be independent.  But it’s also good for them to be dependent.

Children who learn to be loyal and faithful to their siblings and their family will grow up to be adults who protect and are loyal to their wives and husbands.

How about you?  Did you experience sibling conflicts as a child or were you an only like me? How do you deal with it in your own home?  Do you have some ideas on promoting loyalty that have worked for your family?

p.s. I do not, regrettably, have a picture of a tackle, rough housing, toy-tugging, pillow-throwing interaction between my boys.  So you’ll just have to trust me on this one. 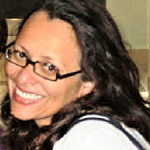 ABOUT THE WRITER Carlen Cooper
Real Moms Winging It

Lover of laughter, bacon, and kale. Mom to two wonderfully unique boys,grateful & blessed to raise them,homeschool them and keep the house from burning down. Hubs of almost 25 yrs wants my job when I retire -yes, the mom gig, I can't remember the one prior to this, but it was somewhere in Silicon Valley. I love my faith, my family and my friends.
MORE FROM Carlen:
Don't Go, Mom., Connecting With Your Child When You've had The Mother Of All Bad Days., To The Mom Who Hates Mornings, My Life At The Frat House.
Red Tricycle > Spoke Contributor Network > Will Kids Remember The Little Arguments?