These Awesome Dolls Are Designed to Nurture Empathy in Boys

In the era of #MeToo, many parents have been contemplating how to address a culture that teaches young boys should suppress their feelings. One new toy is hoping to make a change—Wonder Crew dolls help nurture empathy in kids and boys in particular.

Mom and psychotherapist Laurel Wider was inspired to create the Wonder Crew dolls when she was told by her son’s preschool teacher that, “Boys aren’t supposed to cry.” Much like the steady stream of new STEM toys that are meant to encourage girls to change their perspective on career paths, Wider is hoping that her dolls will change the way boys approach their feelings.

“I heard so many stories about boys literally stealing their sisters’ dolls, or playing with dolls in private — there was definitely some shame around it,” Wider told The New York Times. “I wanted to find a way to bridge that gap.” Anyone that peruses the doll aisle in a toy store can quickly understand what Wider means. Almost everything is draped in pink and it’s nearly impossible to find a male baby doll. Wider designed the dolls with boys in mind, although they are meant to be played with by all kids, regardless of gender.

The dolls, which Wider describes as part action figure, part stuffed animal, can be dressed in a variety of different outfits and accessories for play including firefighters, construction workers, astronauts, rock stars and superheroes. 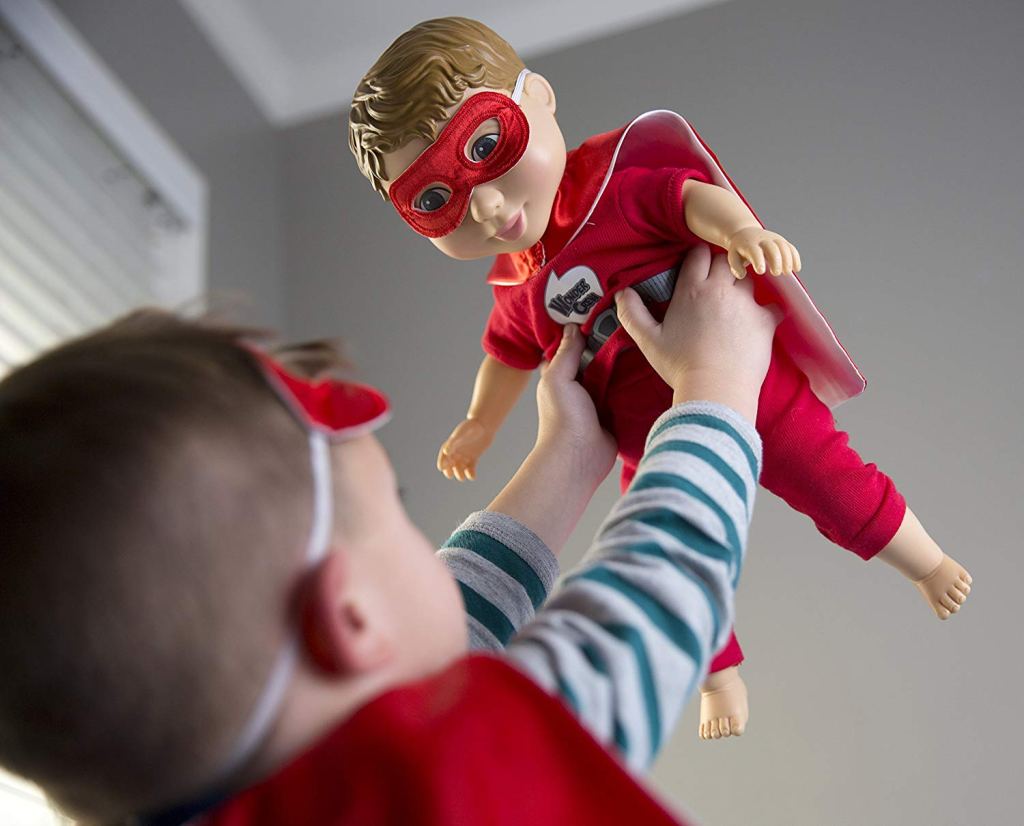 Wider says boys don’t necessarily need to be taught how to be empathetic and nurturing, but rather they need to be shown that its okay for them to embrace those aspects of themselves. “Give them the green light,” she said. “Make it super clear that, yes, this is for you.”