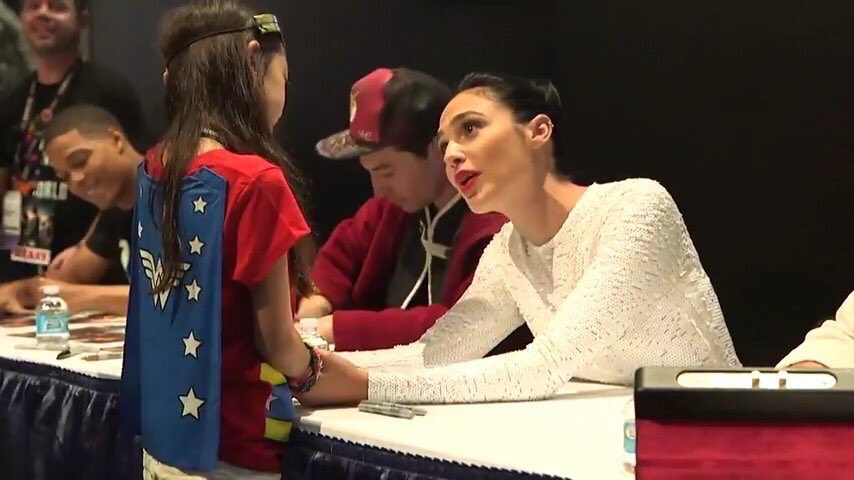 Wonder Woman has been inspiring young women since she hit the big screen, but at this weekend’s Comic Con Gal Gadot proved that she’s got a few mom super powers of her own. The video captured by Variety below shows what happened when an emotional young fan approached her hero at the famed convention.

.@GalGadot shared a moment with a young Wonder Woman cosplayer while signing autographs with the Justice League at San Diego @Comic_Con pic.twitter.com/KZhucQd0yC

It’s a little hard to make out exactly what Gadot is saying, but as Entertainment Weekly reports, she is consoling the little girl dressed up as her hero, Wonder Woman, and says, “There’s no reason to cry, all right? Here we are together.” The video quickly went viral online and was spotted by the young girl’s mom who later tweeted that her daughter was emotional because she was overjoyed to meet Gadot. “Gal was so sweet to her. Memories of a lifetime!”

Meeting your real-life hero is always incredible, but when the person is truly awesome it makes the experience unforgettable. It’s amazing to see Gadot being, not only an inspiring role model onscreen, but off-screen as well.

Who is your kid’s biggest hero? Tell us in the comments below.