Our Friends Are All On Board: 3 Fun Yellow Submarine Videos 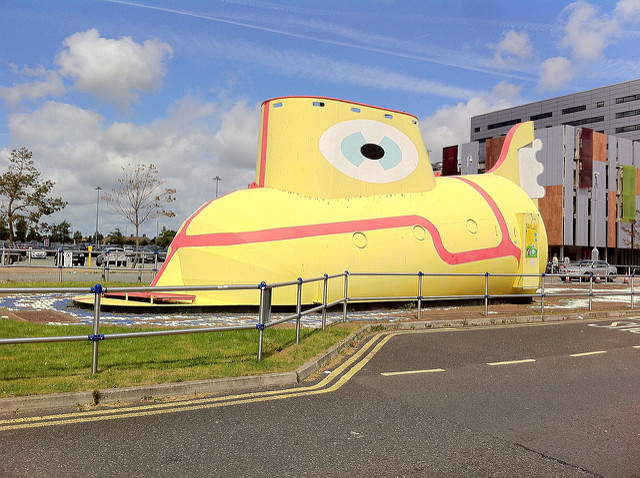 Before your kiddos are out of elementary school it’s pretty likely they’ll be singing the chorus to “Yellow Submarine.” The song topped charts around the world 1966, and was so popular it sparked a movie by the same name. Released in 1968, the film includes Blue Meanies, Apple Bonkers, The Beatles and other unusual and somewhat creepy creatures. Scroll down for three video-versions you can watch with the kiddos now.

1. Here’s the trailer to the film:

2. Click below to watch an adorable Sesame Street version, circa 1970:


3. We love this 2014 performance by Ringo Starr, who of course was the original vocalist in 1966, belting it out with Ben Harper:

Have you ever watched the film with the kiddos? Do they sing the song?

Red Tricycle > Things to Do > Indoor Fun > Our Friends Are All On Board: 3 Fun Yellow Submarine Videos