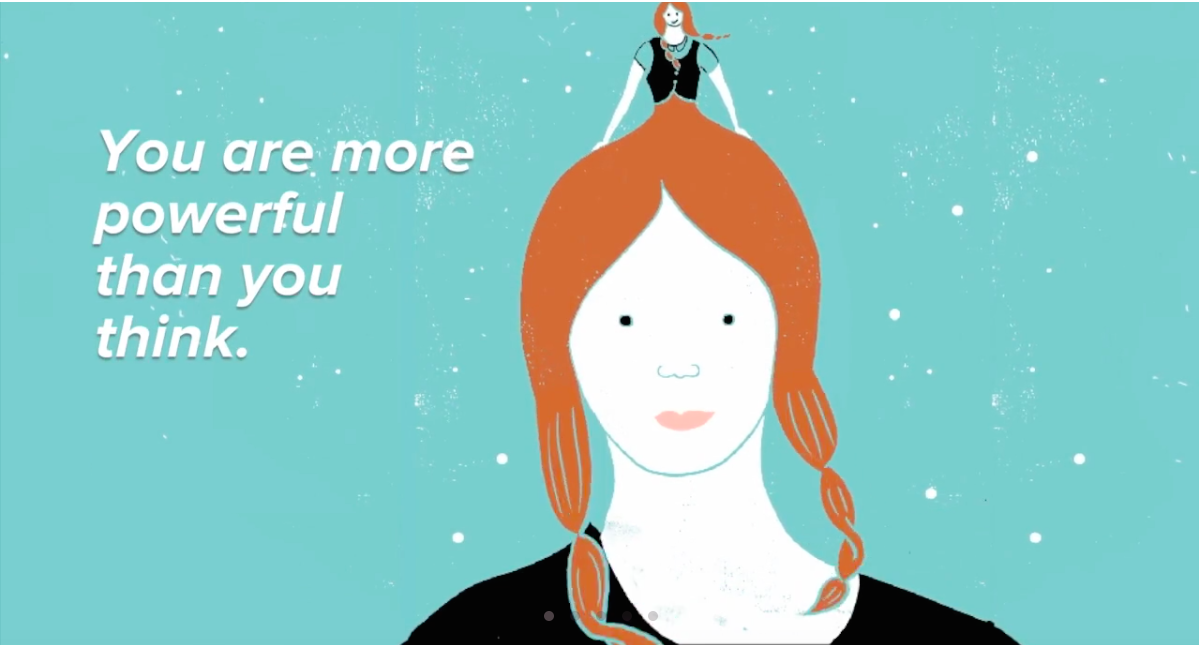 If you are feeling shaken by recent events, as many of us are, it’s good to remember the long view. Making history isn’t easy, but be assured: Women are making history.

Hillary Clinton was the first female presidential candidate in 227 years of U.S. elections. Though she was up against the hardest, thickest glass ceiling in the world, together our votes made 62 million cracks in that glass ceiling. Her expected popular vote lead over Trump is 2 million votes–more than any candidate in history who did not go on to be inaugurated president.

Despite all the noise and headlines to the contrary, women supported women in this election. Women of all races supported Clinton over Trump by 54% to 42%. If you are confused by the rampant women bashing going on in the media, using skewed statistics to prove an untrue point of women’s failure or Hillary’s failure in this election, look again at the real statistics from this article in The Atlantic:

“Yes, women generally trend Democratic. But white women—and there are still a lot of them in the U.S.—do not. They voted for Donald Trump for the same complicated set of reasons they consistently vote for other Republican presidential candidates; failing to win their support is a broad problem for Democrats, and not a specific failing of Hillary Clinton.

Far from losing white women by some noteworthy margin, Hillary pulled a slightly larger percentage of their vote (43 percent to Trump’s 53 percent) than Obama did against Romney (42 percent to 56 percent). The misogynistic Trump did worse among white women than George W. Bush did against John Kerry (55 percent to 44 percent). And even the bigger-than-Elvis rockstar Obama of 2008 lost white women to John McCain, 46 percent to 53 percent. In fact, Hillary did manage to peel away white, college-educated women from Trump—a group that actually went for Romney by 6 points in 2012.”

So let’s keep things in perspective. If this election shows us anything, it’s that gender bias is a real thing, both in elections and the media. Consider that 5% of Democratic men changed their votes to Trump, and that Trump did far better with men than with women. It’s time we remind ourselves: Women do not all hate each other, and we do understand how important it is to join together to keep the progress rolling, however bumpy that road might be. There is still much work to do.

When it comes to women in leadership, the U.S. ranks 99 out of 193 countries (between Kenya and Kyrgyzstan). Women currently hold only 4.8% of CEO positions at S&P 500 companies. In our culture, women are more likely to get negative feedback for being assertive (see our blog: The Confidence Gap in Girls), while men are rewarded. Women who speak more in meetings are considered less competent, while men who use the same amount of words are considered smart (performance has nothing to do with it). Weigh that nonsense against studies that show the more women who sit at the decision-making table, better decisions are made that benefit everyone in the long run.

Our mothers and grandmothers had to fight for women’s rights, and we are still fighting to earn equal wages, opportunities, and the power to choose what’s right for our bodies. The fight will continue for our daughters until real equality exists. Because, well, women just don’t give up.

Confidence is the greatest gift we can give our daughters and sons.

Ruth Bader Ginsberg was once a girl nicknamed Kiki, a baton twirler from Brooklyn, whose mother constantly advised her to be independent, able to fend for herself, no matter what the future might bring. She went to law school when women accounted for only 3% of the legal profession, and only 1 woman had ever served on the federal appellate court. Ginsberg later went on to become the first tenured professor at Columbia Law. She co-founded the Women’s Rights Project at ACLU, fought for equal pay and against sex discrimination, and raised a family. She now she sits as one of three women on the bench of the Supreme Court. Ginsberg credits her mother for instilling in her the confidence to achieve whatever her talents allowed, and to help others do the same.

Eight Ways to Build Confidence and a Better World

1. Believe in the power within you. Confidence is an inside job. What you believe about yourself matters. Talk yourself up, not down. Encourage. Be kind. Believe that you can. Be patient when you can’t. We all doubt ourselves sometimes. Trust you will figure things out, and you will.

2. Encourage your children to ask questions, take risks, and be proud of their courage to do so. Ditch the perfect ending.  Resilience is a skill best learned through things not going right.  Teach them discovery is about what you don’t know.

3. Get loud. Allow your daughter to vent, argue her point, be emotional.  Let her practice on you.  Girls need to learn their own minds and what they want, and find effective means of expressing themselves, without trying to smooth things over as many of us do.

4. Allow your son to express his gentle side. “If you’re a boy and you like teaching, you like nursing, you would like to have a doll, that’s okay too… We should each be free to develop our own talents, whatever they may be, and not be held back by artificial barriers.” – Ruth Bader Ginsberg

6. Get physical. Roughhousing is good for kids. It helps them explore their own power, and builds resilience and self-control by helping children constructively channel their competitive energies.

7. Get active. Volunteer in groups working for change. Speak up for rights, your own and other’s.

8. Imagine a better world, then work like crazy to make it happen. Confidence grows each time we exercise our determination to live what we believe.

We can never be complacent and think, “we’ve arrived.” Our work is never done. The work continues and for all the young men and women, we can never be complacent because we have seen in recent times how quickly things can be taken away if we are not vigilant, if we don’t know our history, if we don’t continue the work. My hope is that people leave here inspired and ready to do something. So the question is what are you going to do? How am I going to be better? What are you going to change in your life, in your office, in your relationships, in your family dynamics? How are you going to empower yourself with the information you need to know what work needs to be done? We can’t afford to be ignorant and we can’t afford to be complacent. We have to do the work. – First Lady Michelle Obama

Princess Ivana, Magdalene Smith, and Marisa Smith are an award-winning family writing team.  The stories we read matter. They influence who we become. That’s why they are dedicated to writing articles and stories that empower women and girls around the world, to believe in themselves. Different is Powerful.
MORE FROM Princess Ivana:
Vasilisa & Intuition, Aila & Determination, Ninetta & Confidence
Red Tricycle > Spoke Contributor Network > You are More Powerful Than You Think – 62 Million Cracks in the Glass Ceiling