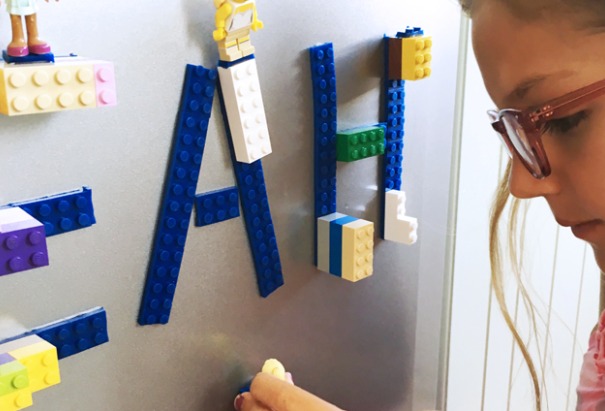 Two words: adhesive LEGOs. Just imagine the endless possibilities to keep your mini master builders busy. Nimuno has created the world’s first tape that makes it possible to stick LEGOs to any surface. Read on to find out how you can get your hands on some.

Nimuno Loops are flexible rolls of tape that feature a bumpy LEGO compatible surface on one side and an adhesive strip on the other. Offered in red, blue, and green, the strips make it possible to build LEGOs just about anywhere by placing the strip on a wall, refrigerator, plastic toy, or anything you’ll allow your kids to stick it to. Build sideways, build upside down, build onto other toys, the options are endless. Because it’s the first thing all parents are probably wondering, according to the video the tape can be removed and reapplied pretty easily.

So where do you score some? You can’t. At least not just yet. Nimuno is a start-up company currently raising funds for their amazing LEGO tape on Indiegogo. The good news is, the company has already well-surpassed its funding goal and should be on track to release its product in July. You can still fund the campaign to score your kids a few rolls. For a mere $11 you can get a two-pack for a total of six feet in length. You might want to consider going for more though:  when you see how much fun your kids are having, you’ll want to get in on the LEGO building craze too.

Will you allow LEGOs all over your walls? Share your thoughts in the comments.